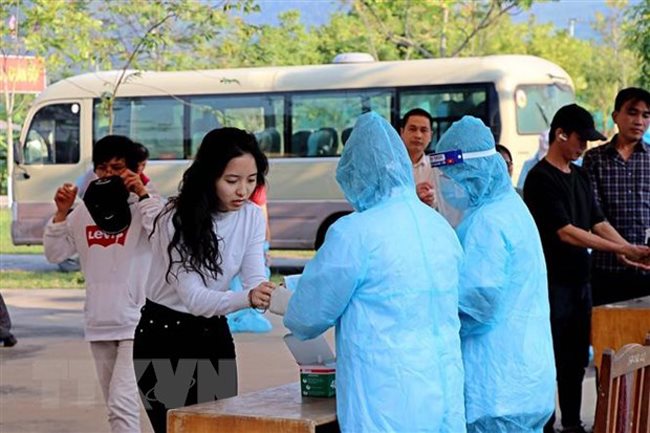 Vietnamese citizens returning home from abroad disinfect their hands at a quarantine center. The Health Ministry on January 21 confirmed two fresh Covid-19 cases who are local men returning home from the United States and transiting in South Korea – PHOTO: VNA

HCMC – The Health Ministry on January 21 confirmed two fresh Covid-19 cases—local men returning home from the United States and transiting in South Korea—found to be infected with the disease 20 days after their arrival in Vietnam.

They tested positive for the coronavirus on January 20 and are now under medical treatment at the Phu Yen Province General Hospital.

Earlier, 16 passengers boarding this flight had been confirmed positive for the virus. They were also placed under quarantine upon arrival.

With the two fresh cases, Vietnam’s Covid-19 tally has amounted to 1,546 to date, with 1,411 cases having recovered and being discharged from hospital. Fatalities remain at 35.