Vietnam has sent condolences to Indonesia after a passenger jet with 62 people on board crashed into the Java Sea shortly after took off in Jakarta. 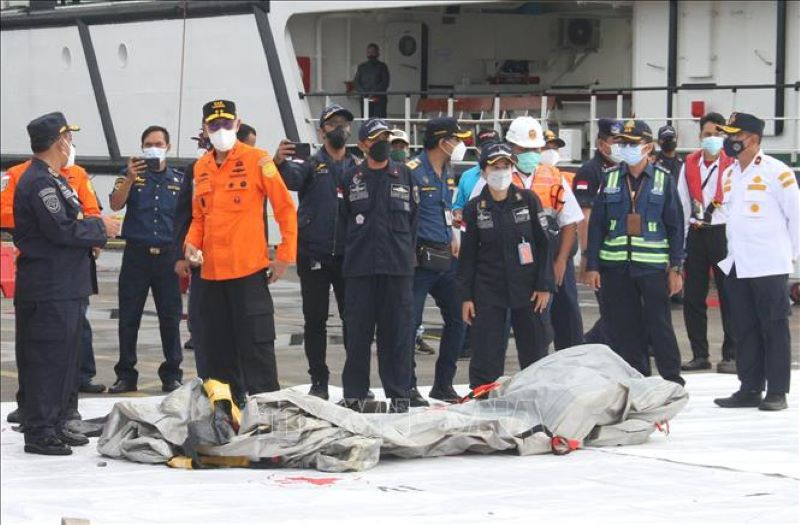 Indonesian rescue members inspect what is believed to be the remains of the Sriwijaya Air plane flight SJ182, which crashed into the sea, at Jakarta International Container Terminal port in Jakarta on Sunday. Photo: AFP/VNA

Sriwijaya Air Flight 182 was bound for the city of Pontianak on the island of Borneo when it lost contact at 2:40 p.m. on January 10.

The plane with all Indonesian including 50 passengers with 10 children and babies and 12 crew members plunged into the ocean four minutes after departing Jakarta’s Soekarno-Hatta International Airport.

Indonesian forces have found wreckage and human remains at the crash site.

Authorities said the Boeing 737-500 aircraft used for the flight had been operating for 26 years but was still in good condition.

The Sriwijaya flight is the third passenger plane in just over six years to crash into the Java Sea after departing from airports on Java Island, reported the New York Times.