Many vehicles have had accidents on slippery roads caused by snow and ice on O Quy Ho Pass in the northern mountainous province of Lai Chau.

Early this morning, January 11, the temperature on the pass dropped to below minus one degree centigrade. Influxes of people have been rushing to the area to see ice. Due to slippery roads, many people face difficulties controlling their vehicles, particularly those who lack experience. 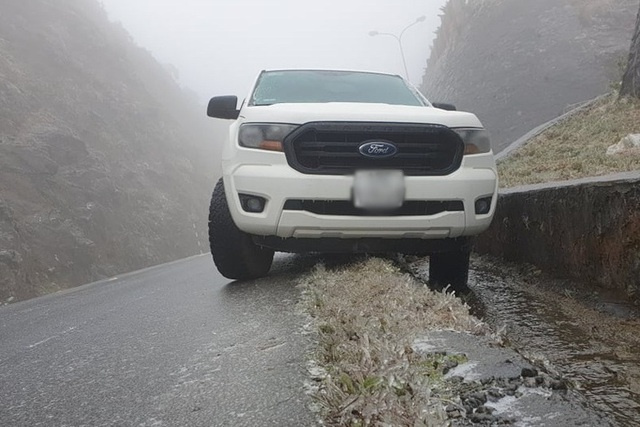 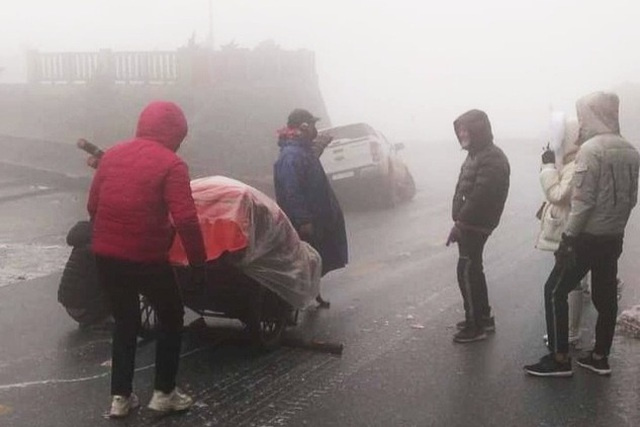 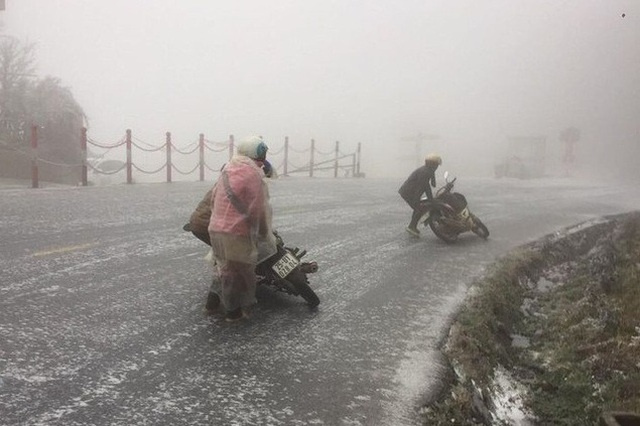 Many vehicles have accidents on slippery roads caused by snow and ice on O Quy Ho Pass on January 11.

To Son, a local resident, said that traffic congestion happened near Thac Bac Bridge because of the large number of visitors who had come to see the snow and ice.

Tran Van Sung, vice chairman of Tam Duong District in Lai Chau Province, said that local authorities called on people to protect their health as well as their crops and poultry and castle.

The provincial Department of Transport has also co-operated with the police to warn people of possible dangers when going to O Quy Ho Pass these days.