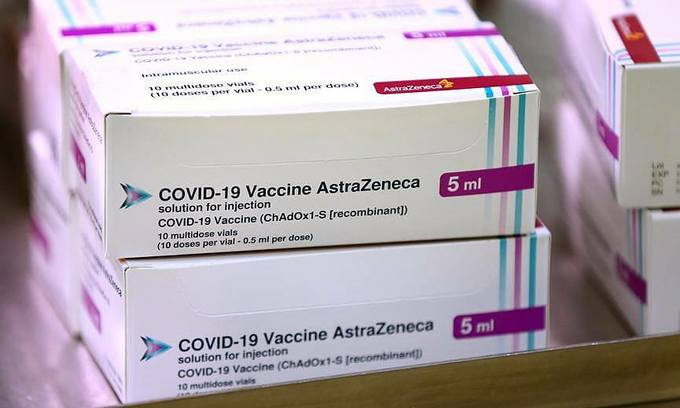 The ministry is also seeking to purchase vaccines from the U.S. (Pfizer), Russia (Sputnik V) and China.

“We’re closest to an agreement with AstraZeneca to guarantee supply of 30 million doses of vaccine between the first and fourth quarters of 2021,” Deputy Health Minister Truong Quoc Cuong told a government meeting Monday.

The vaccine will be administered by two doses per person.

The AstraZeneca and Oxford University Covid-19 vaccine is cheaper than some others and can be stored at fridge temperature, which makes it easier to transport and use, particularly in developing countries.

The vaccine developed by AstraZeneca costs $2-3 per dose, The Guardian reported.

All negotiating parties were required to sign a confidentiality memorandum, with only some of content made public.

Some of the vaccines in question have proven from 65 percent to 94.5 per cent effective during clinical trials, Cuong said.

He also revealed Vietnam would be eligible to buy vaccines from the World Health Organization’s Covax program to cover 16 percent, or 15.6 million of its nearly 98 million population, at “the cheapest price.”

The Covax facility is a global mechanism in the development, manufacturing and procurement of Covid-19 vaccine candidates, facilitating and supporting member countries to access vaccines as they become available. Covax aims to provide two billion doses by the end of 2021, which is to cover 20 percent of the population of member countries, including Vietnam.

Vietnam, which has recorded 1,494 infections and 35 deaths to date, is also working on its own vaccine.

Nanocovax, developed by Nanogen Pharmaceutical Biotechnology JSC, entered human trials on Dec. 17 with 60 volunteers signing up for the first phase.

The Institute of Vaccines and Medical Biologicals (IVAC) has asked the health ministry’s permission to conduct human trials at the end of January after completing tests on mice, rabbits and monkeys.

Vietnam currently has two other Covid-19 vaccines under development, by the Vaccine and Biological Production Company No. 1 (Vabiotech) and the Center for Research and Production of Vaccines and Biologicals (Polyvac).