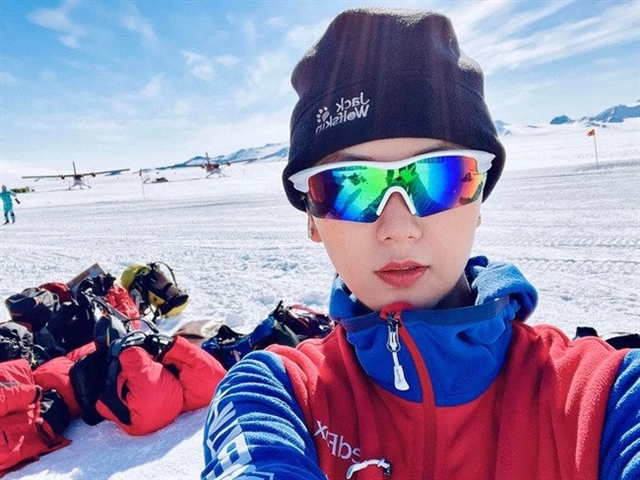 Thaneswar Guragai, manager of Seven Summit Treks, confirmed that Nhã had summited Everest at around 3.30 am local time this morning.

A representative from the company congratulated her and highlighted that she is the first Vietnamese woman to reach the summit of Everest, noting that this is a historic achievement for the Vietnamese climbing community. Nhã, a lawyer from Hồ Chí Minh City, aspires to conquer the 'Seven Summits' - the seven highest mountains in the world.

In January this year, she successfully conquered Vinson Massif, which stands at a height of 4,892 metres, the highest peak in Antarctica. It was challenging for her to hike uphill in the bitter weather while carrying a 70-litre pack.

It is expected that Nhã and her climbing team will return to base camp tomorrow, after descending the mountain.

According to The Himalayan Database's latest list, as of December 2021, only three Vietnamese men have successfully ascended Mount Everest.

Everest is the world's tallest mountain, 8,848.86 metres above sea level. After the Nepal earthquake on April 25, 2015, the mountain has lost 2.4cm in height and relocated 3cm to the southwest. This mountain straddles the boundary between China and Nepal.

The Everest climbing season occurs between April and May due to the lack of clouds and clear skies. VNS