Though Nam Định cannot compare with other bigger cities like Ha Noi and Hải Phòng in terms of local delicacies, it still has a significant dish that cannot be found anywhere else.

Phở xíu, or rice noodles with fried pork, should not be missed when visiting this small city. 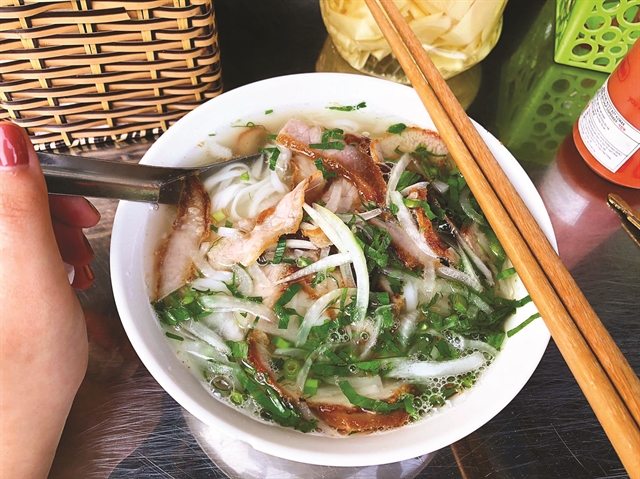 There is an unwritten rule that phở should only be cooked with beef or chicken. Yet local cooks throughout the country have modified the traditional soup with other ingredients like pork, buffalo meat, horse meat and even fish.

Phở xíu is a delicate version of these new genres of phở.

“Xíu” is the brief pronunciation of “xa xíu” (Char siu) in Chinese cuisine, which marks the immigration of Chinese people to Nam Định during feudal times when the area acted as a hub for sea, river and road transport for the Hồng (Red) River Delta. Chinese people visited and settled down in Nam Định a long time ago and created a significant Chinese community like that in Hoi An and Chợ Lon Area in Sai Gòn, though the Chinese gathered in Nam Định on a much smaller scale.

The fried pork is made of pork marinated with five-spice powder, wine and oil fried with annatto. The pork is fried to light brown colour for a good spicy fragrance. When sliced into thin pieces, the pork should have a light pink colour and taste tender and sweet.

On festive occasions, fried pork is the main course, served with fish sauce and pepper. Xa xíu (Char siu) in Nam Định is a version of Guangdong’s dish of the same name though, in Guangdong it is baked over charcoal. 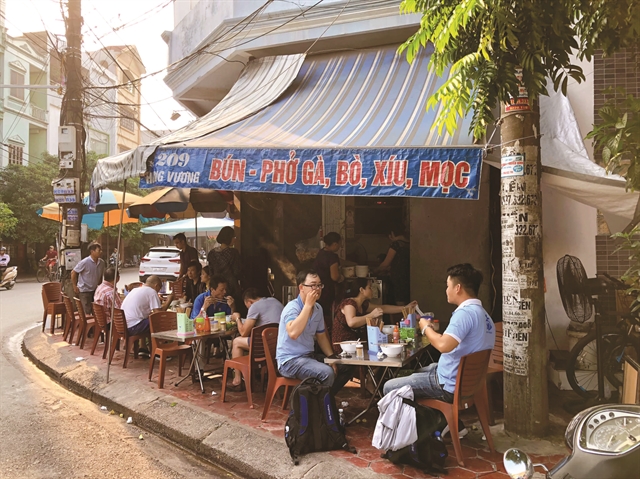 Nam Định people have created their own noodles with fried pork. The noodle stock is made of boiled cow and pig bones, which smells of baked ginger, shallots and black cardamom. The rice noodle is the same as in other localities, but in Nam Định they cut the rice noodle into smaller strings.

The only difference to traditional phở is that beef or chicken is replaced by fried pork sliced in large thin pieces and spread over the rice noodles. The bowl is then added with chopped onion and herbs before being poured over with boiling broth.

“I’m a fan of traditional phở,” said visitor Hung Huy from Ha Noi. “I was surprised when tasting phở xíu Nam Định as the fried pork matches well with the broth, full of fragrant black cardamom and star anise creating a delicious taste.” 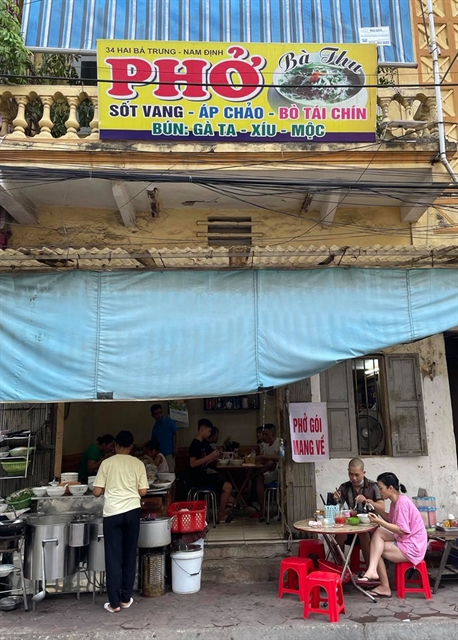 The dish can be tried at various restaurants in Hai Ba Trưng and Hoang Văn Thụ streets. The restaurant at 209 Hung Vương Street is particularly recommended. VNS