The incident was discovered by patrol police in Anlu city, Hubei province, during a periodical inspection to track down stolen cars. When stopping a white SUV for inspection, the police were surprised to see an elderly woman sitting neatly in the trunk. In the car at that time were a couple and a 4-year-old boy. 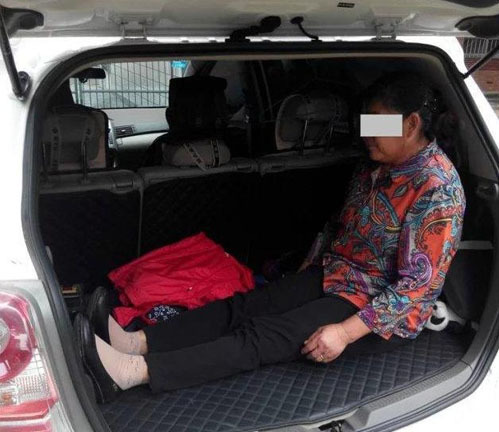 The grandmother sat in the trunk of the car to make room for the baby to sleep. Photo: Auto.hangzhou.

When questioned by the police, she said, this is her son, daughter-in-law and grandson. This car was bought by her son, with her mother’s retirement savings. She was with her two children and grandson on the way from Jiangxi province to Wuhan to play.

“When I was walking on the street, my grandson was so sleepy, the car was cramped, so I sat down in the trunk so he could have a place to lie down,” said the grandmother, surnamed Liu.

She begged the police not to fine her son and repeatedly said: “It is very comfortable in the trunk, I am not uncomfortable at all.”

Children grow up unfilial because they are pampered by their parents

Psychologists say that unfilial children turn out to be completely “provided” by their parents.

Many children grow up with the mindset that “meeting children is the duty of parents”.

Not only for parents, these children, when they go to work, are helped by colleagues and friends, also take it for granted. The helper does not receive a thank you, does not receive an attitude of gratitude. That “child”, after being no longer relevant, will pass away indifferently and ungratefully.

The loving and pampering nature of the invisible parents has robbed the children of opportunities for work and filial piety, making the children’s psyche become more and more cold and indifferent.

There are people who do all the big and small things in the house, including the trivial things such as: washing socks, handkerchiefs, sweeping the house, taking out the trash… most of the time, they don’t let the children touch them, but they take care of them all by themselves.

Thus, children will feel the love of their parents for them is natural, the giving and sacrifice of parents is simply an obligation. Once parents do not meet their requirements, in the hearts of children will arise resentment and selfishness.

There are parents who even satisfy all the requirements of their children, such as giving as much money as they need. If you don’t have it in the house, ask to borrow it from relatives and friends, so that your child is happy, not angry, or resentful. So loving the child is not equal to harming the child. 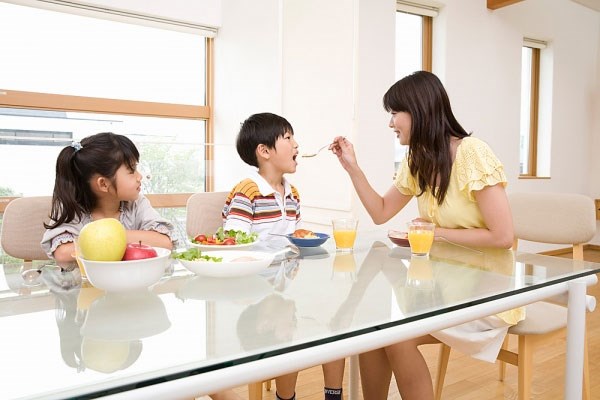 When young and healthy, parents wholeheartedly serve their children, even if their health, happiness, joy, career are all put aside. The image of a “servant” wholeheartedly serving is invisible and deeply rooted in the child’s heart, leading to distorted views.

But sadly, most parents can’t imagine that their hard work can only be exchanged for an unfilial child.

Many people are still proud of their child’s indulgence and misunderstand children’s rights. Children’s rights are born to protect children when they are subjected to violence, but still encourage children’s upbringing. That’s why there are children born in families with good parents, so they are very obedient and responsible for their lives in particular, as well as society in general.

Children’s gratitude is not about needing them to repay the favor, but teaching them to be grateful when they receive anything.