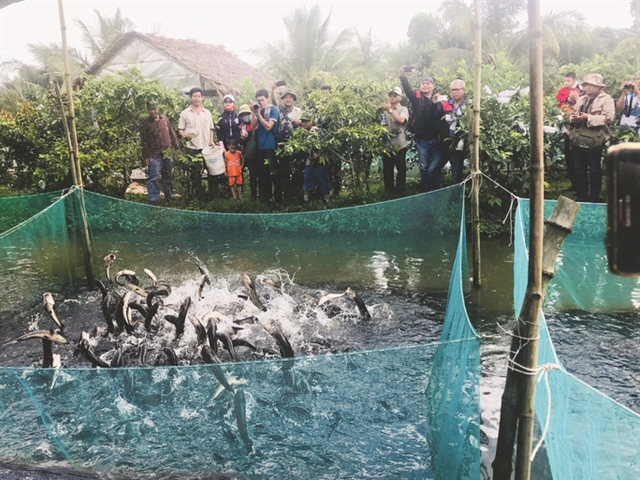 CẦN THƠ CITY  The Mekong Delta city of Cần Thơ plans to have its agricultural sector become a tourism magnet by promoting its attractions and developing the human resources needed.

Towards this, the city administration has proved a five year (2021-2025) project with vision until 2030 that will be implemented by the municipal Department of Culture, Sports and Tourism of Cần Thơ City.

The project will identify and promote 100 per cent of the city’s agricultural tourism destinations designated as such by the authorities, like stork gardens, traditional craft villages and farms, over the next five years.

During this period, it will also have 70 per cent of agricultural tourism workers improve their professional skills with proper training.

Furthermore, the city will study customers’ habits, make it easier for holiday-makers to plan their trips and providing better services to tourists.

The department expects agricultural tourism to attract about 1.3 million visitors to the city by 2025 and earn revenues of about VNĐ910 billion. By 2030, these numbers will rise to 2.4 million visitors and VNĐ1.9 trillion, respectively.

Cần Thơ, a four hours drive from HCM City, is one of Viet Nam’s five federal cities and considered the heart of the Mekong Delta, the nation’s agriculture and aquaculture powerhouse.

The best time to visit Cần Thơ is during the flooding season between September and November. VNS