The Greater Mekong, which spans Cambodia, China, Laos, Myanmar, Thailand and Vietnam, is one of the most biologically diverse regions in the world. This 200 million acres of land is a habitat for more than 300 million people, 1,300 bird species, more than a thousand reptiles and amphibians, and more than 500 mammal species. And for over 4,000 years, both people and animals relied on the region’s gift of rivers, forests and wetlands for food and survival.

But as humans started moving towards metropolitan areas to seek more comfortable lives and forests were cleared up to give way for the growing population and unsustainable economic developments, the natural ecosystems shifted…and were ruined.

The transboundary landscapes of the region saw the slow but continuous degradation of nature and the regrettable disappearance of the wild animals that used to inhabit and rule over the dense jungles. The Asian elephant was classified as Endangered by the International Union for the Conservation of Nature (IUCN) in 1986 after it was discovered that its population declined by at least 50% over the past 75 years, largely due to the illegal ivory trades and habitat loss. The Javan rhinos have officially gone extinct in Vietnam after the last of its kind was shot and killed in April 2010. Sunda pangolins are now considered critically endangered but are still at high risk of being poached for their meat and scales.

And then the Indochinese tigers — one of the strongest animals in the wild and the most feared by preys. In 2010, a WWF report revealed that there were only 350 tigers left in the Greater Mekong. That was over a decade ago. Today, the regional wild tiger population is basically inexistent. It’s already pronounced functionally extinct in Cambodia, Laos and Vietnam. 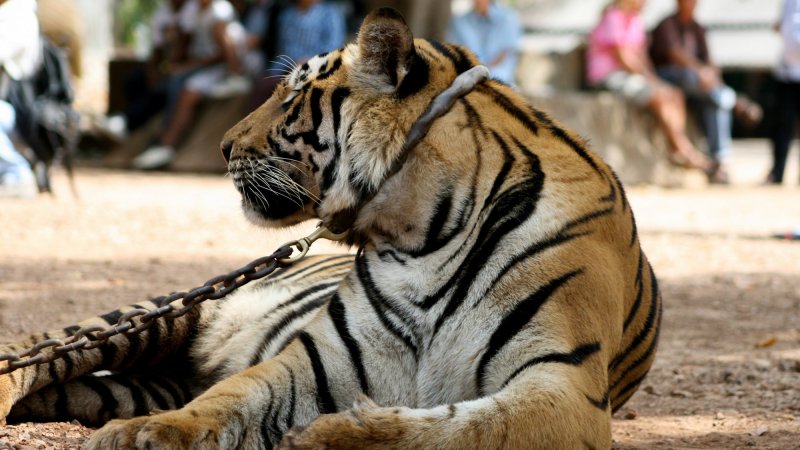 Tigers have been declared functionally extinct in Vietnam. | Source: Shutterstock

But unlike most wild animals and mammals like rhinos and elephants — and even Irrawaddy dolphins — tigers don’t get much attention from governments, environmental groups and the community, especially in Vietnam. Tigers are protected under Vietnam’s wildlife protection laws, yes, but latest survey on their population was done more than half a decade ago. The result was damning, there were only five more tigers left within the Vietnamese borders.

“It’s heartbreaking to say this, but that data was from years ago. Who knows what happened to those five tigers? Who knows if they’re alive?” said Hong Hoang, founder and executive director of CHANGE, a Vietnamese NGO aiming to address critical environmental issues, climate change and wildlife trade.

CHANGE, which stands for Center of Hands-on Actions and Networking for Growth and Environment, consists of a small team of highly passionate individuals who are working on a mission bigger than themselves: To create sustainable changes in the country and help people and nature co-exist harmoniously, just like they should be.

Officially formed in 2013, after long months of approvals and rejections (Hong had to defend the name CHANGE because many said it was too strong of a word for an NGO), the organization made great strides in making its missions successful. From coordinating with communities to creating educational talks and camps for the young, CHANGE focused on mobilizing ordinary Vietnamese citizens to take action. After all, Hong said, they’d be the ones to bear the brunt of nature’s anger and the ones to reap the most benefits of a greener society. 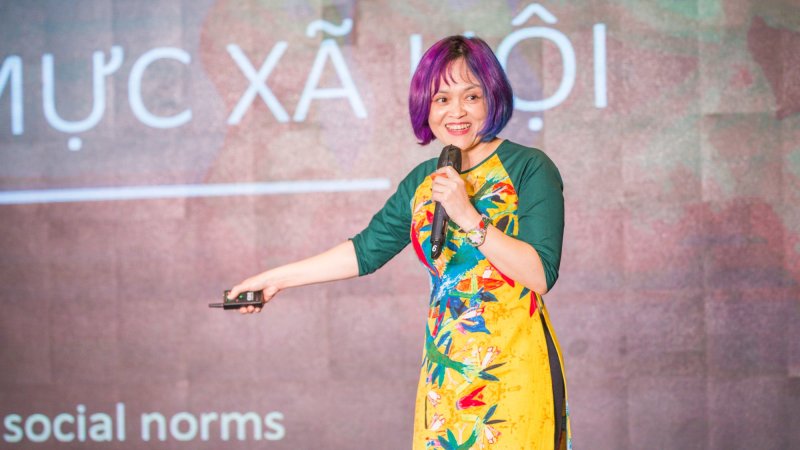 In the last eight years, Hong and her team worked day and night to push for their advocacy. They’ve initiated programs to raise awareness on climate change, prevent air and plastic pollution, promote sustainable living, and protect wildlife. Even when the COVID-19 pandemic prevented them from organizing workshops, CHANGE was able to shed a light on the most pressing issue in Vietnam: The illegal wildlife trade. After launching awareness programs on pangolins and elephants, this year, the organization turns its focus on tigers.

“There’s little to no data about the current number and status of tigers in Vietnam’s wilderness. But we know that illegal trade of tiger products still thrives,” Hong explained.

The virtual absence of tigers in the country has made Vietnamese people’s hunger for them even worse. Tiger gel, which is made from boiling tiger bones for a long time to make a glue-like “cure” for bone and joint problems, is one of the tiger products commonly used in the country. And because they don’t cost as much as rhino horns, tiger gels are highly in demand.

Aside from bones, tiger whiskers, fangs and claws are said to have gained traction, too. People wear them as talismans or protective charms. The skin, which can be used as luxury decoration, can cost up to $25,000 on the black market. 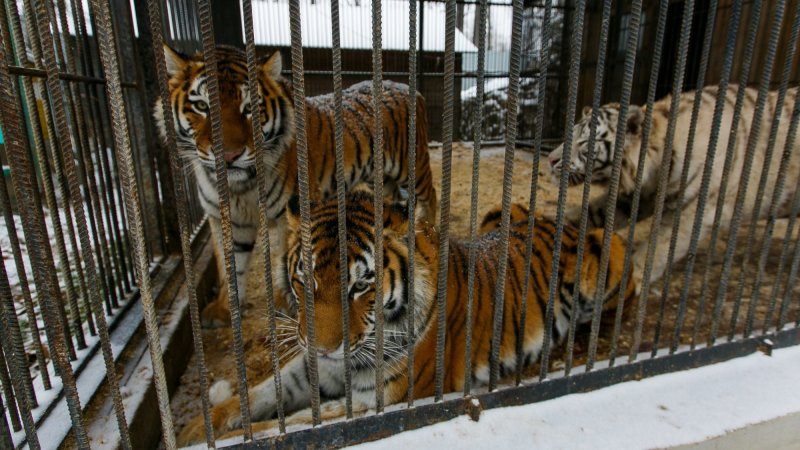 Over the last decade, Vietnam has emerged as one of the major consumers of many wildlife species and is the key middleman in illegal trades from Africa to China. | Source: Shutterstock

Over the last decade, Vietnam has emerged as one of the major consumers of many wildlife species and is the key middleman in illegal trades from Africa to China. There have been dozens of raids and arrests made on crime syndicates in smuggling routes, but no strong case has ever been filed.

“It’s worrying to see how illegal tiger trade has become part of our culture,” said Hong. People think having these ‘rare and high-value’ products, no matter how unethical and illegal they may be, is a symbol of status and power.

“And since it has almost fully integrated into the society, not accepting ‘tiger gifts’ or even just denouncing it or calling it illegal can be considered disrespectful to culture. It’s hard to argue with that, and it’s definitely harder to change that.”

Is it too late?

“This year, on the Year of the Tiger, we thought this would be the perfect time that we focus on tigers and on how to save them,” Hong declared. And the CHANGE team is willing to take on all the challenges that may come their way.

The NGO, which also works closely with the Ministry of Agriculture and Rural Development and provincial governments, will start by conducting a study on the awareness and consumption situation of tigers in Vietnam: Do Vietnamese people really use tiger products for medicinal purposes? How much of the population believe these products actually work? How and why did this belief start and thrive in society? How can this mindset be corrected?

These questions, Hong admitted, won’t have fast and easy answers. But there is hope. And since Vietnam has already lifted almost all movement restrictions domestically, doing face-to-face workshops and organizing educational camps will be made possible this year. 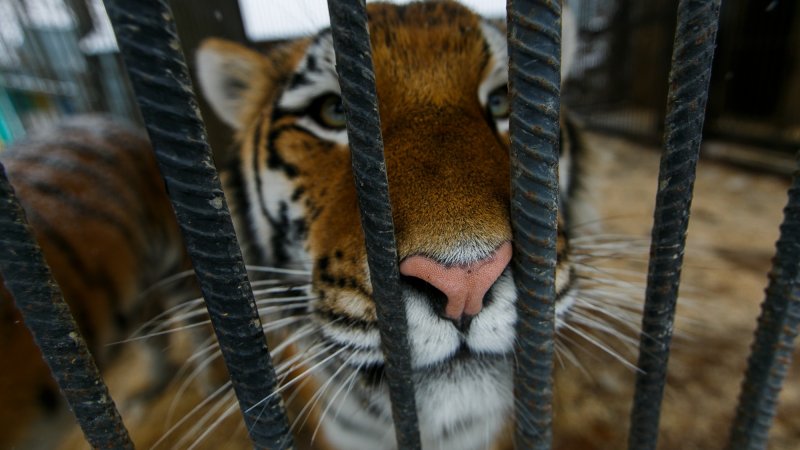 “It’s worrying to see how illegal tiger trade has become part of our culture.” | Source: Shutterstock

The easing of COVID restrictions also makes it easier to go around and seek support from other organizations and enterprises. CHANGE gets most of its funding from WILDAID, other international NGOs, and businesses that support the same cause. “Each new project or initiative that we have, we start from scratch in getting financial support.”

To further spread its mission, CHANGE plans to engage with celebrities and influencers to be the face of the campaign. Their wide following on social media and their impact on the youth make them powerful enough to drive change, or even just to start a conversation.

“It’s really about educating the public. They have it in their mind that these represent wealth and strength, and that tiger bones can cure diseases. They aren’t, and they can’t. There is no scientific evidence to prove these claims,” said Hong. 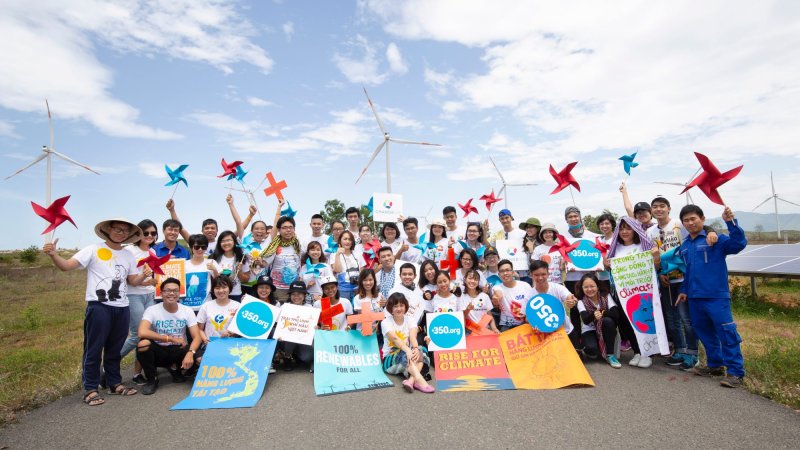 CHANGE will also invite medical doctors to live talks or virtual conferences to explain the dangers of using traditional medicines made from wild animals. Rather than treating illnesses, wild animals carry certain zoonotic diseases that pose risks to human health.

But while the organization has big dreams and a fearless passion to make the Year of the Tiger people in Vietnam finally move towards saving these mighty creatures, Hong knows this barely scratches the surface of a global dilemma.

“But then again, we have to do something, right? No matter how small, no matter how seemingly irrelevant. I know I need to at least start,” said Hong.