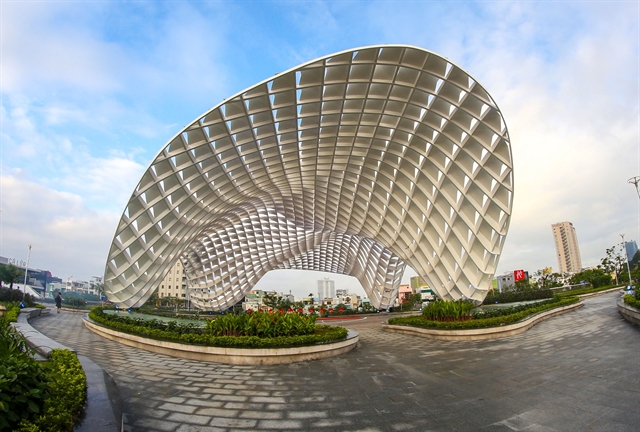 ĐÀ NẴNG — The central city of Đa Nẵng has opened APEC Sculpture Park – an extension of the 2017-built APEC Park – on the west bank of the Han River, as a new architecture check-in spot and public destination for the tourism hub.

The city said the park, which was built on 8,600sq.m with total investment of VNĐ759 billion (US$33 million), features a large steel arch in the shape of a flying kite on an open site for tourists and local residents. The park offers a ground floor and a space for souvenirs, a green area, arts decoration, free public exhibitions and a water fountain between Rồng (Bridge) and the Cham Sculpture Museum.

It’s an extension area of the APEC Park where Đa Nẵng opened 3,000sq.m sculpture garden for the opening of the 2017 APEC Summit in the city – with a display of 18 sculptures from APEC member economies.

The city hopes the park will be an art performance and display rendezvous for visitors and residents at the weekend. 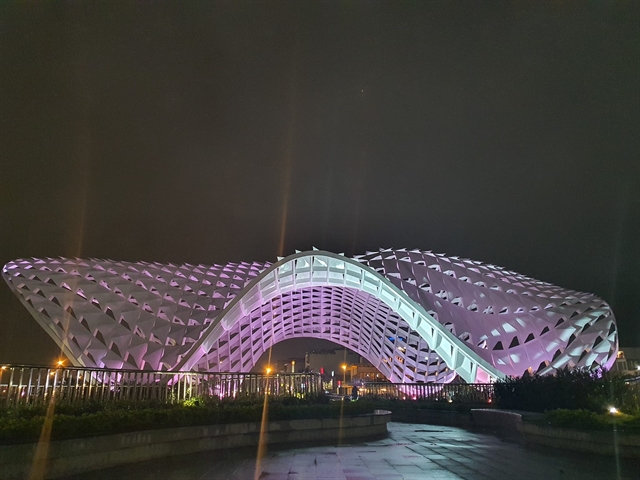 Đa Nẵng designed a spot for street art performance on the Han River banks, Bạch Đằng pedestrian street and a night market between the Han Swing Bridge and the iconic Rồng Bridges.

An art space was also set up on the east side of the Rồng bridge in Trần Hưng Đạo Street as part of the city’s regular street art programme at weekends. 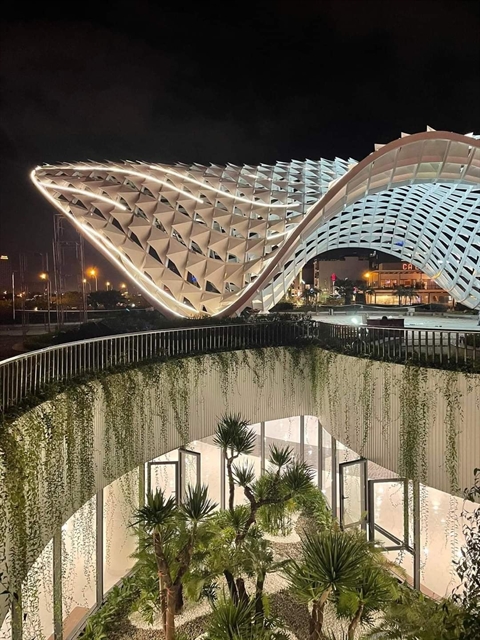 The city has been growing trees in public parks and residential areas as part of rapid urbanisation, as Đa Nẵng plans to become ‘a green and smart city’ by 2030. — VNS