The Da Lat Railway Station in the Central Highlands city of Da Lat reopened to passengers on January 1 following six months of closures due to COVID-19.

Although the station officially reopened to tourists on November 25, actual rail service from the station resumed only late last week.

The oldest train station in Indochina, Da Lat Railway Station, is a must-see tourist destination in Da Lat, attracting about 200 visitors per day on weekdays and dozens more on weekends.

The station, which was designated as a national historical-cultural relic in 2001, has become a popular tourist attraction over the years thanks to the restoration of the colonial-style seven-kilometer stretch of track between the train station and Trai Mat residential area, which allows tourists to ride in old-school rail cars to Linh Phuoc pagoda. 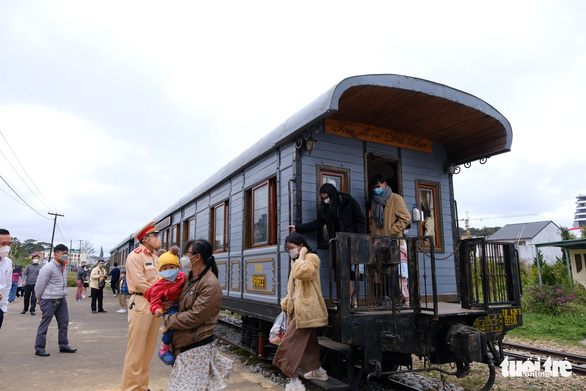 On the late afternoon of January 1, tourists departed from Da Lat Railway Station on the Da Lat - Trai Mat route for the first time in six months.

Though the original steam locomotive used for the route has been replaced by a diesel engine, the passenger cars and tracks have been restored to be the same as what was originally used on the line.

The Vietnam Railways Corporation maintains, repairs, and upgrades the trains and tracks each year in order to preserve their cultural and historical values.

"The company suffered a great deal from COVID-19.

"We're looking forward to getting back to work. Because our visitors come from all over Vietnam, we are very concerned about enforcing pandemic prevention measures," Chanh said.

"Despite the fact that the railway industry does not have a mandate for social distancing, we still do our best to ensure social distancing on the carriages so that our visitors are safe and can enjoy a memorable experience," he added. 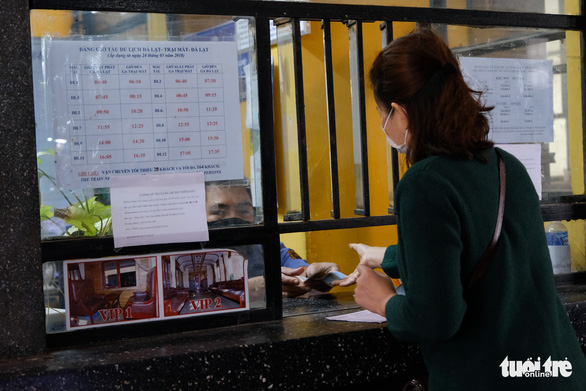 Many tourists choose Da Lat as their New Year destination because of the golden sunshine and cool breeze.

"The trip is short, but it was a great experience for my family," said Huynh Son, a Ho Chi Minh City resident who rode the historic railways on a recent visit to Da Lat.

"[The area] is still dreamy, but it looks much different than usual from the window on the train.

"Riding in a colonial train carriage is extremely comfortable. I'm not sure how many times I've visited Da Lat, but each time is a new and exciting experience."

Hang Nga, from Binh Duong Province, also enjoyed her time on the train.

"We had no intention of visiting the Da Lat Railway Station, but when we drove by, it looked much different than in the past," she said.

"We were fortunate enough to be among the first passengers on the New Year's train. Perhaps the rest of the year will be lucky for us."