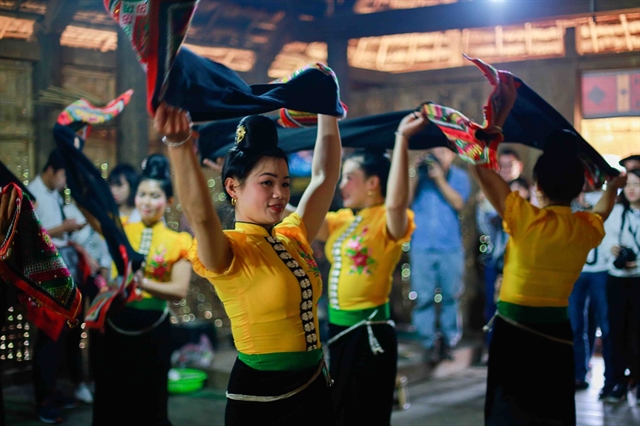 On December 15, 2021, the UN Educational, Scientific and Cultural Organisation (UNESCO) officially inscribed the art of xòe dance of the Thai ethnic group in the Representative List of the Intangible Cultural Heritage of Humanity. 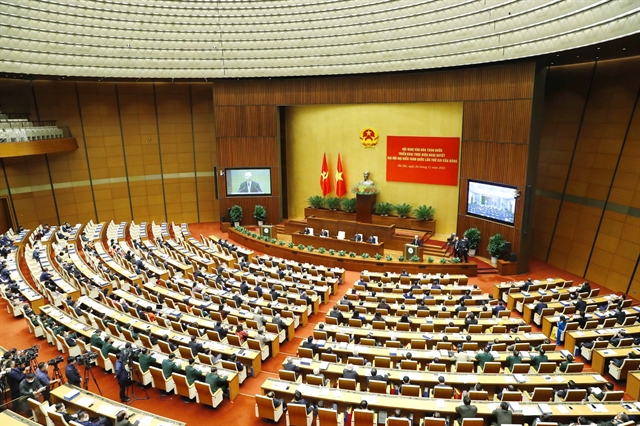 The National Cultural Conference, held to implement the Resolution of the 13th National Party Congress, identified six concrete targets and 10 key solutions for continuing to strongly inspire patriotism, the will of self-resilience, and the aspiration for a prosperous nation; preserving the national identity and developing Viet Nam’s culture in the new period; and capitalising on the enormous internal strength for achieving national development goals by 2030, with a vision to 2045. This event took place on November 24, 2021 - 75 years since the first National Cultural Conference.

3. Code of conduct is launched to regulate artists' behaviour 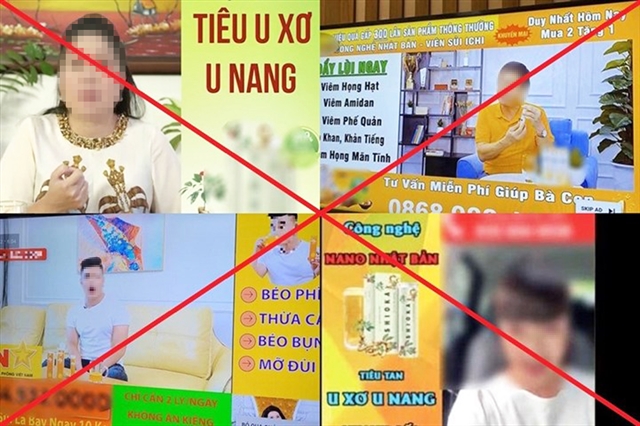 The Ministry of Culture, Sports and Tourism issued a Code of Conduct for individuals engaged in performing art activities with a view to drawing an ethical framework for artists not only in professional activities but also when participating in social activities or joining social networks.

The Code of Conduct requires each artist to comply with the law, uphold ethical standards and customs and traditions, have a desire to devote themselves to the cause of artistic development, and always seek innovation.

It says that artists need to preserve their image by choosing costumes and makeup suitable for the purpose and content of artistic activities, and at the same time fight against negative behaviours that go against national cultural identity. 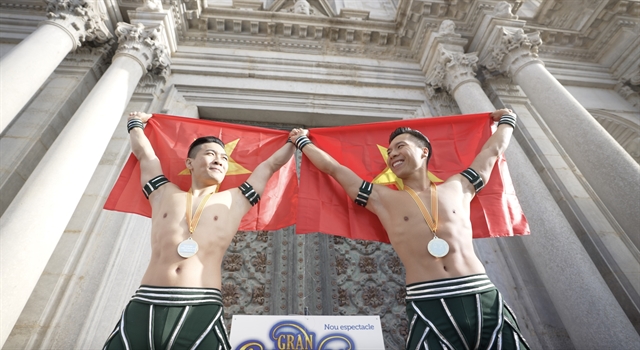 The Vietnamese artists, with Nghiep balancing atop of Cơ's head, climbed 100 stairs in 53 seconds at Girona Cathedral, the same venue where they set their previous record of 90 steps in 52 seconds in 2016.

5. Any action to obstruct or prevent performance of Vietnamese national anthem is deemed illegal 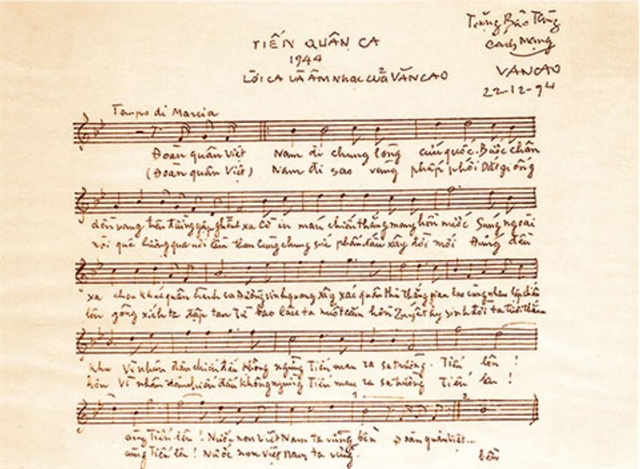 Spokeswoman of the Ministry of Foreign Affairs Le Thị Thu Hằng  stated it is illegal to prevent the performance of the Vietnamese national anthem. She made the affirmation when commenting on the incident when the Vietnamese national anthem was muted on the YouTube platform during the live broadcast of the flag raising ceremony before a football match between Viet Nam and Laos on December 6 within the framework of the AFF Suzuki Cup 2020 taking place in Singapore.

Hằng noted that the Ministry of Culture, Sports and Tourism, as the agency responsible for performing State management function, must take necessary measures to preserve and promote the value of the national anthem.

All individuals and organisations are not allowed to take any action to prevent the dissemination of the Vietnamese national anthem, the spokeswoman stated. 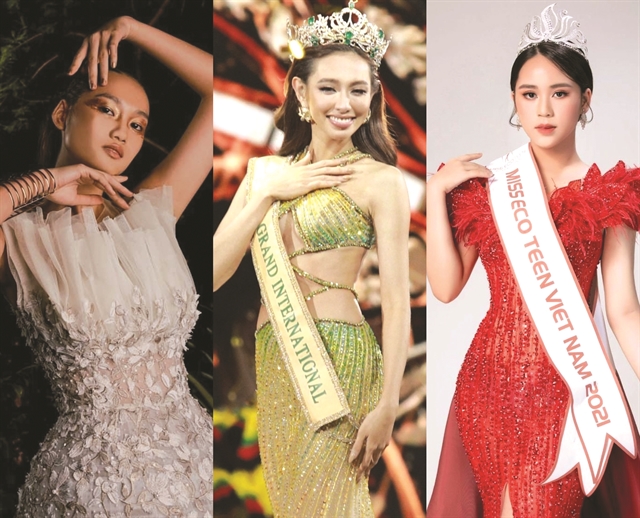 2021 was the year of the Vietnamese beauty queen when many featuring and winning prizes at global pageants.

They are Nguyễn Thuc Thuy Tien crowned as Miss Grand International 2021; Nguyễn Quỳnh Anh, who won the top prize of the Supermodel Me Revolution and Bella Vũ Huyền Dieu, who was crowned Miss Eco Teen International 2021.

Vietnamese representatives were not only appreciated for their outstanding beauty, excellent performance skills but also for their intelligence, graceful and friendliness.

This not only brings pride to the fan community but also helps promote a beautiful image of the country and people of Viet Nam to the world. 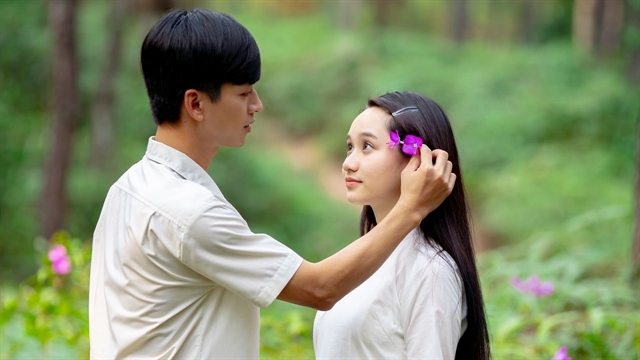 Despite many difficulties due to the COVID-19 pandemic, the 22nd Viet Nam Film Festival still went well thanks to ensuring pandemic prevention measures and combining offline and online organisation.

The Festival took place over four days, with the highlight being the award ceremony held on the night of November 20.

From 141 films submitted, the organisers selected the best works to compete for the Lotus Awards in the categories of feature films (17 works), documentaries (37 works), science (15 films) and cartoons (23 films).

8. Revising the Law on Cinematography The revised draft Law on Cinema has been a topic of discussion not only in the media and on social networks but also at a recent National Assembly session.

It aims to create favourable conditions for and encourage organisations and individuals to engage in film production, while supporting the publishing and popularising Vietnamese movies at home and abroad.

It is also expected to help reform the management of cinematography and strengthen the application of advanced technologies in the field amid the development of science and technology.

After the promulgation of the new law, the Vietnamese film industry is expected to have new developments and attract many opportunities for international cooperation. 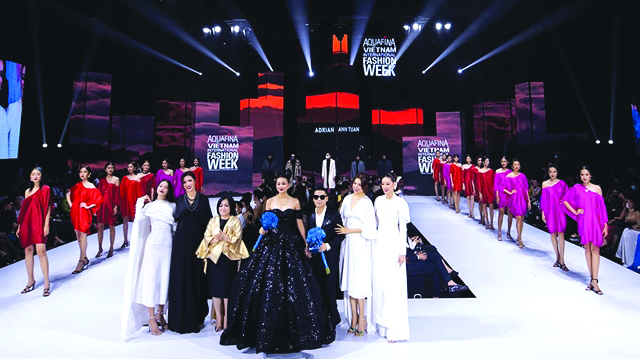 The Aquafina Vietnam International Fashion Week (AVIFW) 2021 was back in mid-December after being postponed due to the fourth outbreak of COVID-19.

The AVIFW 2021 also saw the participation of top models and winners from Vietnamese beauty pageants.

Although organised simply, the event still left a deep impression on the audience by many unique designs and impressive fashion messages.

The Vietnam International Fashion Week was first held in 2014, and quickly became the leading fashion event in ASEAN. It ranks fourth in Asia after Tokyo, Seoul and Shanghai fashion weeks. 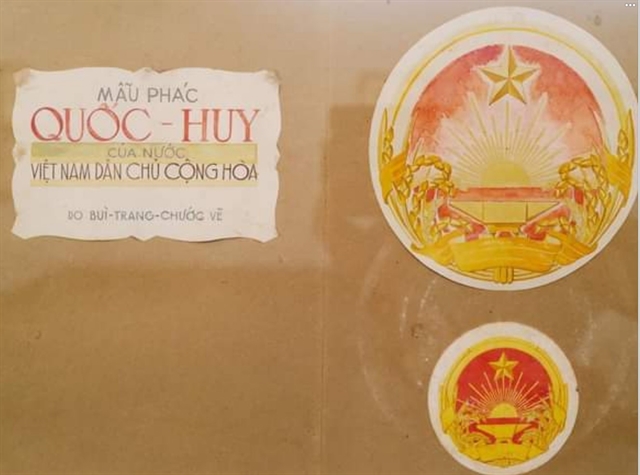 Notably, Quảng Ninh Province has the most recognised artefacts, with four treasures, including an An Sinh brown pattern ceramic bucket from the 13th century, brown ceramic jars of the Trần Dynasty in the 13th-14th century, ceramic vase painted with many colours from the 15th century and bronze jar of Đong Sơn culture in the 2nd-3rd centuries B.C.

The Minister of Culture, Sports and Tourism, chairmen of people’s committees of provinces holding national treasures, and heads of ministry-level agencies are required to manage national treasures in line with legal regulations on cultural heritages within their authority.

Since 2012, as many as 238 objects and groups of artefacts have been recognised as national treasures. — VNS