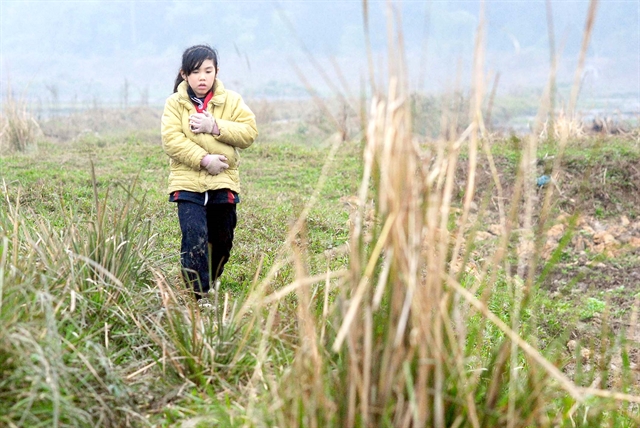 The film tells the story of a relationship between a father and his little daughter. When her grandmother becomes seriously ill, she has to accompany her father, whom she hardly knows during his work as a truck driver.

The daughter skips school to help her father with his passenger truck for hire. It is only outside the classroom her eyes are opened to shades of morality as she learns the way things really are in the world.

In his debut feature, Osaki condenses motifs from his short film of the same name into a sensitive observation of a difficult father-daughter relationship.

The film will compete with 16 other including feature-length and short films for the prize.

Osaki was born in Sao Paulo, Brazil, where he started his career directing short films and working in feature projects as an assistant editor in major film companies.

In 2011, he worked in Viet Nam and completed the 15-minute short film. It was premiered at the 63rd Berlinale Film Festival and won the Crystal Bear prize. It was shortlisted in the top 10 short films at the Academy Awards in 2014 and won more than 20 international prizes including Special Jury Prize at Bermuda International Film Festival and Grand Prix at Brussels Short Film Festival.

After its success, Osaki was invited to join the Academy of Motion Picture Arts and Science.

He also received additional fundings to make the longer version of the film. He has been living and working in Viet Nam since 2018.

"It's great," Trung Anh told Viet Nam News. "This is an honour for me and the crew. An official nomination at a big film festival is like a nice dream."

Trung Anh and the crew are preparing to attend the festival which will take place from February 10 to 20.

Another Vietnamese film, Miền Ký Ức (Memoryland) by Bui Kim Quy is among ten contenders competing at the Forum and Forum Expanded category. The film is an observation of the female director about burial rituals in villages and cities.

Berlinale was first held in 1951 bringing big stars of international cinema to Berlin and discovering new talent. It accompanies filmmakers of all disciplines on their paths into the spotlight and supports careers, projects, dreams, and visions.