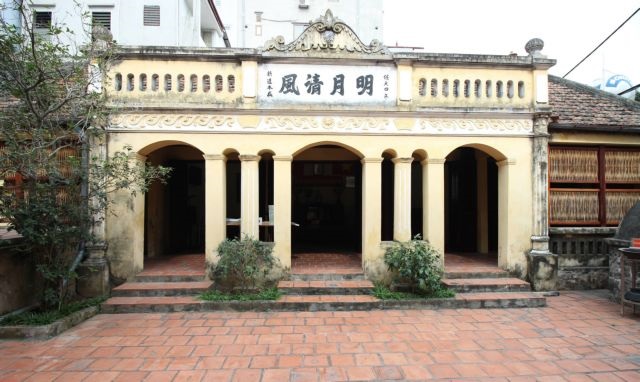 HÀ NỘI  –The Ministry of Culture, Sport and Tourism has recognised a house in Ha Noi's Tay Hồ District, where President Hồ Chí Minh lived and worked in 1945, as a National Historical Site.

The house of Nguyễn Thị An in Phu Thượng Ward was the first stop of President Hồ Chí Minh in August 23-25, 1945, on his way from the Viet Bắc resistance base back to Ha Noi to read the Declaration of Independence on September 2 that year.

The President worked with senior Party officials such as Trường Chinh, Võ Nguyen Giap, and Trần Đăng Ninh during his days at the house.

On November 24, 1946, President Hồ Chí Minh made a second visit to the house where he talked with local residents and officials.

An's house is now looked after by her paternal grandson Cong Ngọc Dũng, who said he was pleased that the ministry realised its true value and historical significance.

With 14 objects and tens of documents and images related to the late President’s stay, the house was recognised as a memorial house of President Hồ Chí Minh and opened to visitors in 1996.

In 2019, it was listed as a municipal-level historical relic.

The area was part of the Party Central Committee’s revolutionary base from 1941 to 1945. Local residents supported and protected many senior Party officials here, including Trường Chinh, Hoang Văn Thụ, Le Đuc Thọ and Hoang Tung.

An's house is the 1,165th historical site of the capital city. VNS