HÀ NỘI — Some 80 ceramic pieces, representing the pottery making history of Viet Nam, are being exhibited at the National Museum of Vietnamese History in downtown Ha Noi.

Most of the objects belong to the antique collection of Trần Đình Thăng, a businessman from the northern coastal city of Hải Phòng, while the rest are from the museum’s stock.

Titled 'Vietnam ceramics: A Separate Tradition – From the An Bien Collection', the event aims to celebrate Vietnamese Heritage Day on November 23.

An Bien is the old name Hải Phòng, dating back to the time of the female hero Le Chan. She named the area after her homeland in An Bien Village, in today’s Đong Triều District, Quảng Ninh Province. 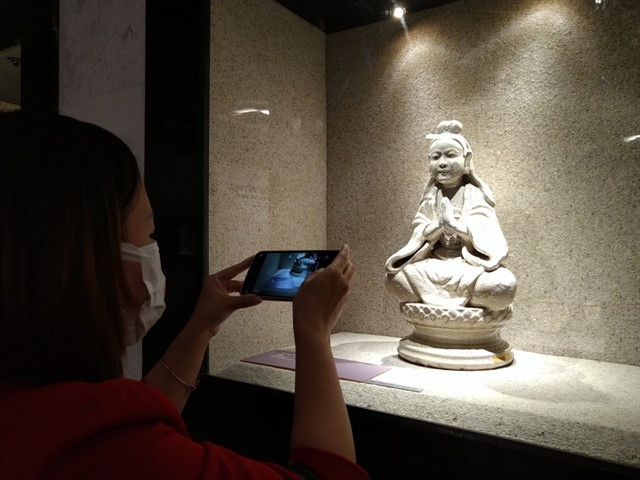 Le Chan gathered young people to practise martial arts to fight against invaders from the north. Her army then joined that of the two Trưng Sisters in a resistance movement in AD40-43, the first of its kind by Vietnamese people against the northern invaders.

After the war, Le Chan continued to lead locals to reclaim wasteland to farm and live on.

“The exhibited objects are not very old but they are unique, including Bat Trang wares, which had been made with exquisite details,” he said. “They include objects used by royal members and buried in ancient tombs.”

He said the exhibition does not introduce expensive antiques to astonish the audience but instead focuses on the appearance of Vietnamese ceramic wares from the past 2,000 years.

“The objects are divided into four topics of various genres of glaze,” he said.

The ceramic wares of the ten centuries since the beginning AD include objects made in traditional techniques of Đong Sơn civilisation (800-200BC) in styles relating to China. Back then, artisans made ceramic parts from moulds, then assembled the parts to be glazed and baked at high temperatures in kilns.

Between the 11th and 14th centuries, Vietnamese artisans created special creative patterns on pottery wares, which was the golden time of handicraft ceramic making in the country.

There were various genres of glaze in the 14th century including white, jade, green, brown, brown flowery and blue flowery glaze.

In the 15-17th centuries, trade between Viet Nam and the rest of the world was promoted. Ceramic wares were among the most sought-after goods for export.

At the exhibition, Bat Trang pottery wares from the 18th and 19th centuries are featured. They include daily utensils, worship objects and decorative objects of crackle glaze and blue glaze.

Phạm Quốc Quan, the former director of the museum, said all the antiques are valuable heritage items from the country's ancestors. 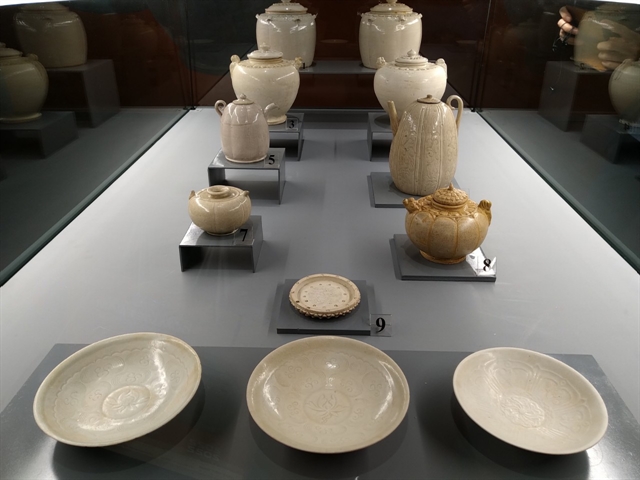 “There are distinguished groups of objects like white glaze wares made during the Lý reign with simple lotus decoration, which represents Buddhism among the people of the time,” he said.

“I think the collection is really valuable and sufficient to feature the history of ceramic development in Viet Nam,” he added.

The exhibition will run till the end of this year at the museum, No 1 Trang Tiền Street, Hoan Kiếm District, Ha Noi. VNS