The work is adapted from the novel of the same name by Nguyễn Nhật Ánh and was nominated at the Oscars in the Foreign Film category. 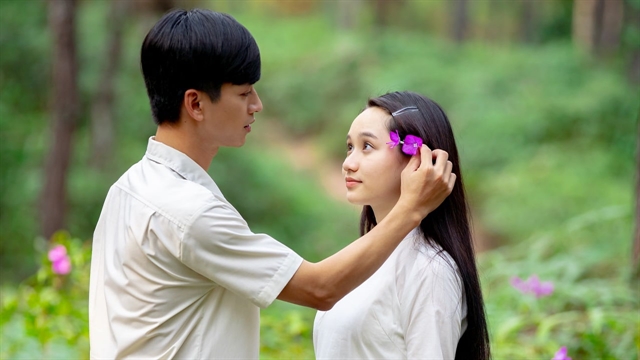 Released in 2019, Mắt Biếc has led the Vietnamese box office for 18 consecutive days, equaling the record of the global blockbuster Avengers: End Game when it was screened in Viet Nam. The revenue of the film reached more than VNĐ172 billion (US$7.6 million), ranking second in the list of the most popular Vietnamese films of all time.

Songs from the film such as Có Chang Trai Viết Len Cay (There's a Boy Who Wrote on a Tree) and Toi Chỉ Muốn Nói (I Just Want to Say) were loved by the audience and also brought the film the Best Soundtrack Award for feature film.

Mắt Biếc also received the Award of Beautiful Scenes in Huế awarded by the Provincial People's Committee. A lot of the movie was filmed in Ha Cảng Village, Quảng Điền District, Thừa Thien-Huế Province. After the film was released in theatres, many other filming locations in Huế such as Bạch Đằng Street, Hưng Đạo Theatre, Vọng Cảnh Hill, the Huế University of Education, and King Khải Định's Mausoleum become tourist attractions.

The film tells the story of a family living in a poor hamlet in HCM City. It is the touching story of family love, as well as the conflicting plots between characters, that helped the film evoke sympathy and receive many positive responses from the audience.

Bố Gia is a film that marks an important milestone in the career of famous showman Trấn Thanh, in which he co-directed, co-wrote, co-composed the soundtrack, produced and starred in the film.

Developed from the popular web drama of the same name in early 2020, the film earned VNĐ420 billion (US$18.5 million) and became the highest-grossing Vietnamese film of all time. When released in the US, the film continued to surprised fans when it grossed over a million US dollars. 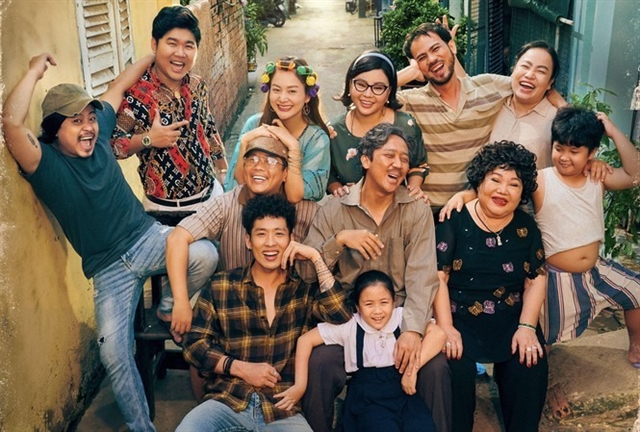 In addition, Trấn Thanh and his crew were also awarded the Best Screenplay.

Because of the consecutive deaths of colleagues, Khanh was emotional throughout the award ceremony. Speaking after receiving the award, she thanked the judges, directors Bảo Nhan, Nam Cito and the film's crew. 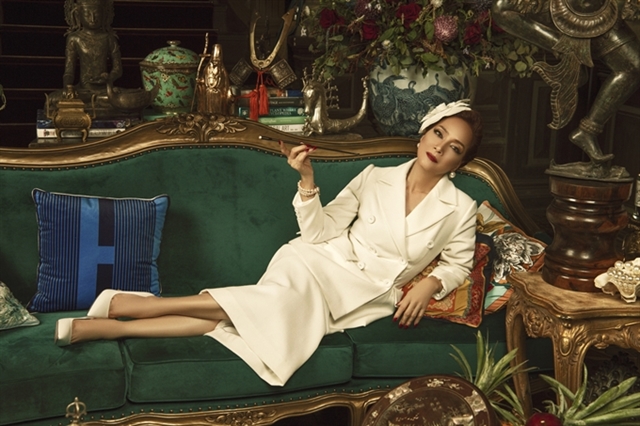 “After 20 years away of acting, I did not expect to receive this prestigious award. I belong to the previous generation of artists, happy to be immersed in the young and modern film industry today," Khanh said.

The film is a remake of the South Korean movie Blind and was labeled as forbidden for children under 18 years old. The main character Thu (played by Phương Anh Đao) was a blind girl who happens to be a witness to an accident. From here, investigators find clues about a series of mysterious missing women.

The 22nd Viet Nam Film Festival took place over four days, with the highlight being the award ceremony held on the night of Saturday.

From 141 films submitted, the organisers selected the best works to compete for the Lotus Awards in the categories of feature films (17 works), documentaries (37 works), science (15 films) and cartoons (23 films).

Speaking at the event, Tạ Quang Đong, deputy culture minister, said: "The 22nd Viet Nam Film Festival will close with the spirit of adapting to the new normal and at the same time honouring outstanding film artists."

“Despite many difficulties due to the COVID-19 pandemic, we are glad that the film festival has been well received by the audience in Thừa Thien Huế and the whole country offline and online,” he added.

The feature film category was judged by the jury to be diverse in terms of trends and styles. Film quality has increased, many scripts cover important social issues, having a great influence on the audience. VNS