QUẢNG NINH  — With lively music and bright lights, the opening ceremony of "Star Arena" with the participation of nearly 100 performers, opened at the Palace of Planning, Fairs and Exhibitions in Quảng Ninh Province on Friday night.

The event is part of "Quảng Ninh: The convergence of Vietnamese circus stars 2021".

According to Deputy Director of Quảng Ninh Culture and Sports Department Trần Tiến Dũng, this is an annual cultural event at the national level and part of Quang Ninh's tourism stimulus programme in 2021 in order to attract tourists to the province in the “new normal”.

Nguyễn Hồng Vĩnh, director of the Quảng Ninh Cinema and Culture Centre, said: “This is a continuation of the cultural events that have become the hallmark of Quảng Ninh in previous years, including the World Circus Festival 2019 and Three Regions Circus Gala 2020. With the participation of nearly 100 artists, hopefully, this will be a cultural highlight for the province."

As the head of the event's organising committee, Vinh said: “During the Covid-19 pandemic, it is very difficult to organise any event. We highly recommend anti-pandemic measures, increasing the number of body temperature monitors, disinfecting the event area, and randomly testing 30 per cent of the audience. Although it was a big, highly anticipated event, we were only able to allow 50 per cent of the venue's capacity, with an audience of around 450 people. In addition, we installed screens outside the auditorium, broadcast live and relayed in Quảng Ninh and some other provinces, so that a large number of people could watch the event.”

As the organiser of previous events in Quảng Ninh, including the 2019 Hạ Long World Circus Festival with more than 20 participating countries and the Three Regions Circus Gala 2020, People's Artist Tống Toan Thắng told Viet Nam News: "The special thing about this programme is that there are many collective performances, with a large number of artists participating. This is a big challenge for us, because to keep the harmony between dozens of artists is very difficult, even a small mistake can be dangerous. We emphasise the technical elements to entertain the audience.”

According to Thắng, due to the pandemic, the organisers were unable to implement the idea of ​​a street circus parade, an activity that had been successfully implemented and wowed a large number of viewers at the previous two events. 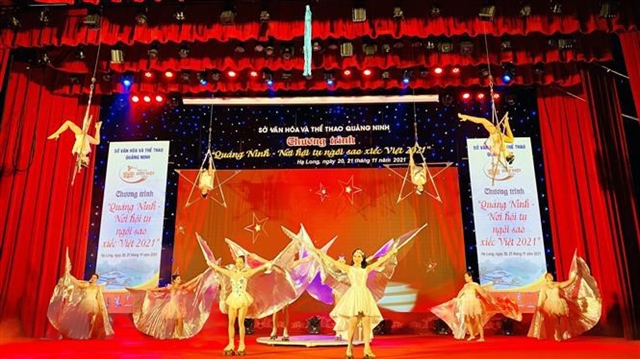 The sword balancing act is a heart-stopping performance, in which the artist balances while juggling glasses and vases using a sword. The artist holds a tray of glasses on the long sword and climbs up a ladder. 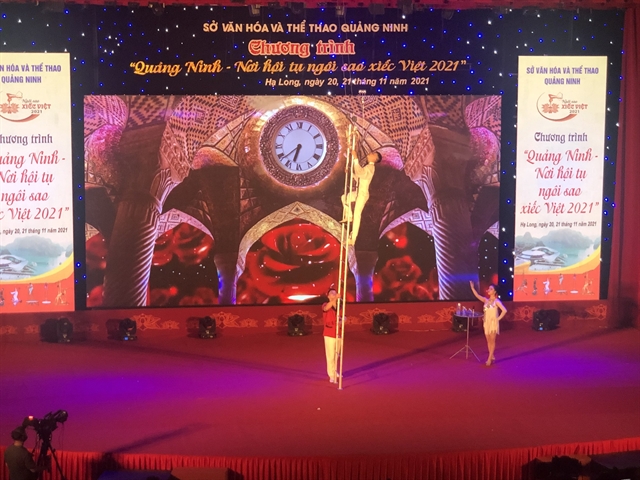 Another performance that was praised by viewers was the magic show by magician J – Viet Hoang. He is one of the most popular magicians among young people today. His performances are unique and engaging with large props.

Appearing in three elaborate shows with his co-star Quach Thanh Loan, magician Hoang said: "I am very happy to perform in this event, because besides the audience coming to watch, the programme is also broadcast live. This is a great opportunity for a freelance artist like me. To prepare for the performances, I bought props invented by artist Le Minh Tuấn, my respected teacher. I hope my art will contribute to Vietnamese circus art. This is also an opportunity to express my gratitude to my teacher." VNS