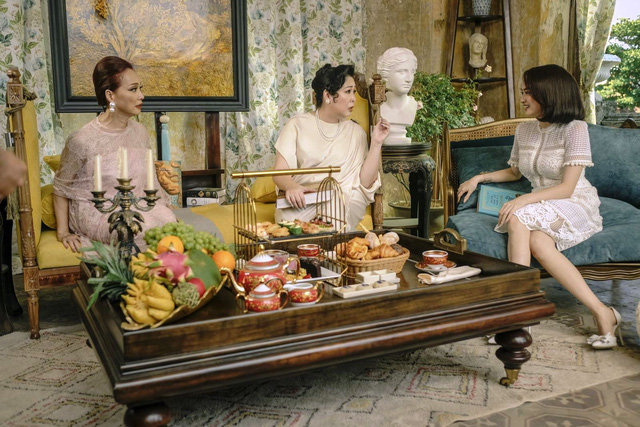 The event is among cultural activities to celebrate the 22nd Viet Nam Film Festival, which opens online in the central province of Thừa Thien Huế tomorrow.

The week features Vietnamese productions in the categories of feature films, documentaries and animes. They will be screened on video streaming platform VTVGo.

Its official trailer was released on YouTube in December and has attracted more than 1.7 million viewers.

The thriller Song Song is about a married woman who loses her memory after a traffic accident.

The story of the film, directed by Nguyễn Hữu Hoang, refers to "the butterfly effect", a hypothetical situation that illustrates how small initial differences may lead to large unforeseen consequences over time.

The film stars Nhã Phương who won the Golden Kite Award for Best Featured Film Actress in 2019 from the Viet Nam Cinematography Association.

Another hit is Ranh Gioi (Boundary), a documentary film by director Tạ Quỳnh Tư of the Viet Nam Television (VTV).

It aired on VTV’s channel 9 in September and left a strong impression on Vietnamese audiences at home and abroad.

“I think that life has certain boundaries. Will, faith and love make us overcome these boundaries in some way,” said the film’s director Tạ Quỳnh Tư in an interview with local media.

“Health workers’ great sacrifices will help audiences see the fierce reality, and people will be more aware of the spirit of solidarity through these very human stories.” — VNS