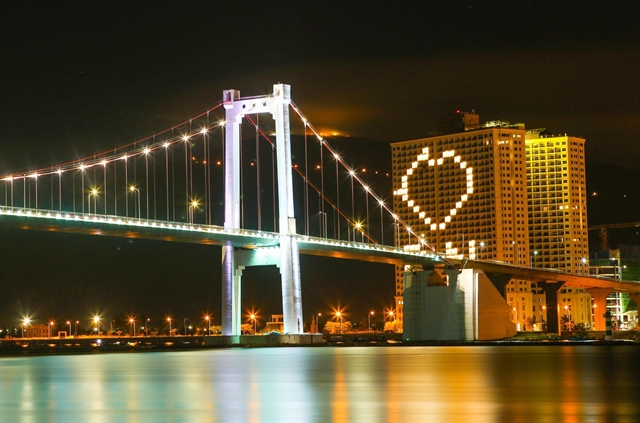 ĐÀ NẴNG — Đa Nẵng will host the 16th annual Routes Asia Development Forum 2022 on June 6-8 of 2022 as an announcement was made at the World Routes Development Forum – an aviation and tourism industry event – in Milan, Italy on Monday.

Speaking at World Routes, Steven Small, Director of Routes, said: “We are very excited to be working with Đa Nẵng People’s Committee and their strategic partners to bring Routes Asia to the city in 2022. Routes Asia will play an integral part in Đa Nẵng's achieving its ambitious master plan to become the socio-economic centre of the country by 2045.”

Bình said Routes Asia 2022 is a great opportunity to promote the dynamic and hospitable nature of the city.

“The event would help promote more international air routes to Đa Nẵng in the coming years and facilitate the city’s economic and tourism industry recovery in the post-COVID-19 period,” Bình said.

“Đa Nẵng will strongly promote its position as Asia’s leading festival and event destination, a dynamic aviation hub for tourism development in Viet Nam and the region,” he said.

Bình also said Đa Nẵng has seen stable growth in socio-economic development with an aim of being an international event rendezvous and connection site of cities in the region and the world.

Nguyễn Phi Long, CEO of IPP Travel, a co-organiser of the Routes Asia 2022, said aviation and tourism are two key industries that have made a great contribution to Đa Nẵng’s economic growth, and the increasing flight routes will be the most important factor to help Đa Nẵng to kick-start the economic recovery plan after damage by the COVID-19 pandemic.

Routes Asia, which was hosted for the first time in 2003, is the only dedicated annual route development event for the Asia-Pacific region, gathering decision-makers of the global air transport industry.

The city has built its first direct flights with Doha, Qatar and 160 destinations of Qatar Airways, while new flights had been planned from Đa Nẵng International airport with Korea, Indonesia, Japan, Taiwan (China), India, Australia and Russia.

In 2020, authorities of Đa Nẵng Airport and Chubu Centrair Airport of Japan agreed for chartered flights between Đa Nẵng and Nagoya, Japan as preparation for launching a regular direct route.

The Đa Nẵng International Airport is designed to handle 28 million passengers and 200,000 tonnes of cargo by 2030.

According to the city’s tourism department, Đa Nẵng had 48 international air routes with 462 flights per week, while 11 domestic routes operated with 665 flights in a week. — VNS