HCM CITY - The great epic of India, Mahabrahata, featuring the development of Hinduism between 400 BCE and CE 200, has been released in Vietnamese by the Dan Trí Publishing House in co-operation with Đong A.

The ancient Hindu culture and traditions are also highlighted.

Mahabrahata was written by the great sage Krishna Dwaipayana Vyasa about 5,000 years ago. It features historical events from the Bronze Age to Iron Age.

The epic includes 18 volumes with 90,000 couplets of poetry, about seven times the length of The Iliad and The Odyssey by Homer.

It portrays the 18-day battle between two great Indian ruling families, the Kauravas (sons of Dhritarashtra -- the descendant of Kuru) and the Pandavas (sons of Pandu). 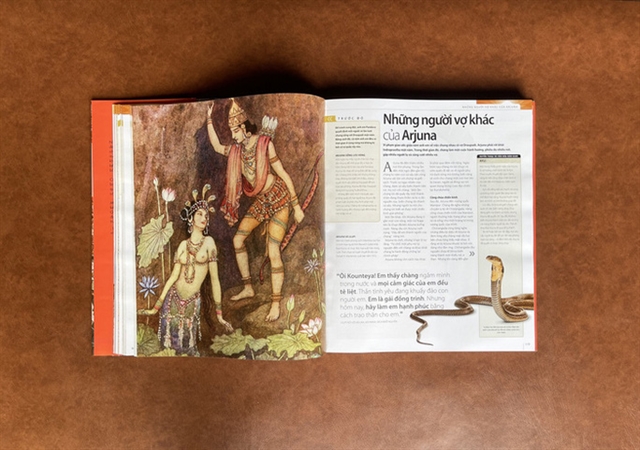 Đong A, one of the region’s leading distributors, worked with the London-based DK Publishing to have the copyright on the book Mahabrahata.

Oanh is well-known for her translated books on literature and history. She spent time living and working in India. She loves and admires the Indian culture and lifestyle. 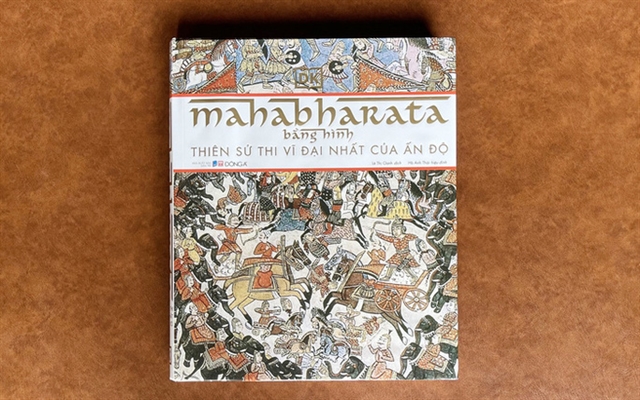 Thai worked as a diplomat abroad in India, Iran and Indonesia. He was the Vietnamese Deputy Ambassador to Iran between 2011-2015, and Indonesia in 2015-2018.

He earned a PhD in Oriental Studies and is a visiting lecturer at the University of Washington.

He has released several novels and short stories. His books on Indian culture have been reprinted and translated into English, French and Korean.

“Mahabrahata should be expanded to Vietnamese readers. Through the book, readers, particularly university lecturers and students in literatures, fine arts and culture, can improve their knowledge on ancient Indian culture, arts, and history,” said a representative of Đong A.  VNS