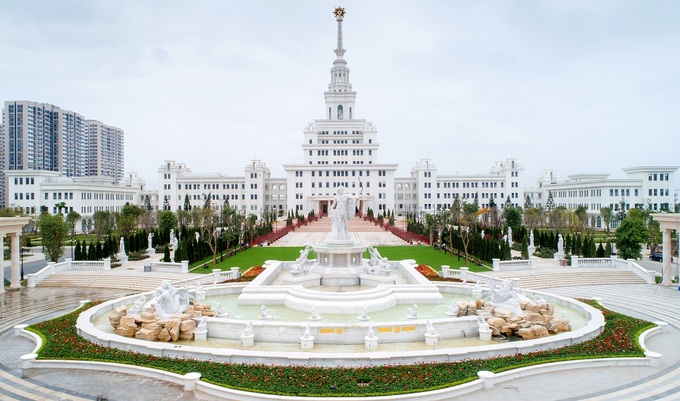 VinUniversity officially launches the VinUniversity Global Case Competition (VGCC) for undergraduate and graduate students across the globe. For its inaugural year, the theme revolves around VinFast’s expansion into the US electric vehicle market. The winning team will be awarded a prize worth up to 200 million VND.

According to plan, each year VGCC will collaborate with a business to come up with a realistic case study. The theme of VGCC 2021 is “VinFast – Go Global”: How can VinFast – a young Vietnamese business – lead the “green” movement and establish a permanent presence in the US market with its electric vehicle models. The competition’s methodology and case were designed with the consultation of Cornell University, a world-class Ivy League institution.

Just 8 weeks after its inauguration, the competition received approximately 2.000 applications from Vietnam and other world-leading universities around the world, such as the University of Oxford (UK), Duke University (USA), Nanyang Technology University (Singapore), Warwick University (UK), among many others.

The electric vehicle industry has gained increasing attention around the world. “We see that around the world, climate change is obviously one of a key topics and sector in term of automobile is supporting this change. Therefore, electric vehicles play a key role.” – shared Mr. Michael Lohscheller, CEO of VinFast Global in the conference introducing the competition.

Furthermore, electric vehicles will open up opportunities for the development of a myriad of other supporting industries and technology, such as Computer Science and Artificial Intelligence, which would improve living standards and customer experience.

The biggest appeal of this year’s theme is the inspirational story of VinFast, with its pioneering and “borderless” approach. “VGCC is a bold and outstanding move from a Vietnamese university and an ambitious Vietnamese enterprise. VinFast, with its “Make in Vietnam” brand, brings the desire to lead and promote the global ‘green’ revolution. VinUni, a fledgling university, has pioneered in its call for global students to participate in solving the question of expansion into the US market, one of the most fiercely competitive markets in the world. Unprecedented stories tend to have a great appeal and arouse participating teams’ desires to conquer”, shared Prof. Rohit Verma, Provost of VinUniversity.

Through VGCC, students from various disciplines, such as business administration, engineering, or computer science, have to join forces and put their knowledge into practice. Students will be trained in teamwork, research, analytical skills, in addition to problem-solving and leadership skills. Such “real learning – real practice” activities contribute to the attraction of VGCC and demonstrate VinUni’s educational philosophy, preparing students for the real world post-graduation.

VGCC is held virtually from October 4th to November 14th, 2021 with a total prize value of nearly 400 million VND (equivalent to 17,000 USD), including the First Prize worth more than 200 million VND (10,000 USD). Each participating team consists of 3-4 members, who can come from different universities or countries. Team registration must be completed on the program’s official website https://vinuni-globalcase.com/ before 11:59 AM (GMT+7) on October 17th, 2021. The top 10 teams will be selected to move on to the final round, which is scheduled to take place in November 2021. In addition to the First Prize, the winning team will have the chance to work directly with the business and carry out their solution.