The Vietnam Pavilion at Expo 2020 in Dubai was inaugurated at a ceremony held on October 1 in the Expo’s Opportunity District.

The Vietnam Pavilion for Expo 2020 in Dubai showcases the country's cultural heritage with 18 artworks created by contemporary Vietnamese artists, including an installation of 800 conical hats at its entrance area.

The artworks on display at the pavilion are smaller versions of the multi-material masterpieces from a 2019 art project in the Vietnam National Assembly House's basement. 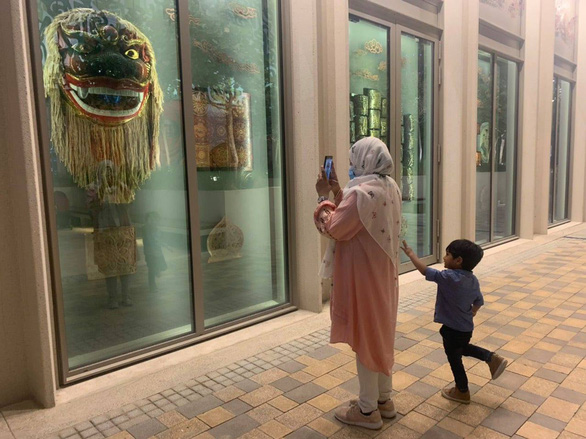 A visitor snaps some pictures of artworks at the Vietnam Pavillion in Dubai in this supplied photo.

Some of these notable works include Coi nguon dan toc Viet (The Root of Vietnamese) – a lacquer painting by Trieu Khac Tien inspired by the story of Vietnamese legend Au Co – as well as Tien cuoi rong (Fairy Riding Dragon) – an installation developed by artists Nguyen The Son, Vu Xuan Dong, and Pham Khac Quang using hi-tech cutting iron and other historical antiques from the Thang Long Imperial Citadel. 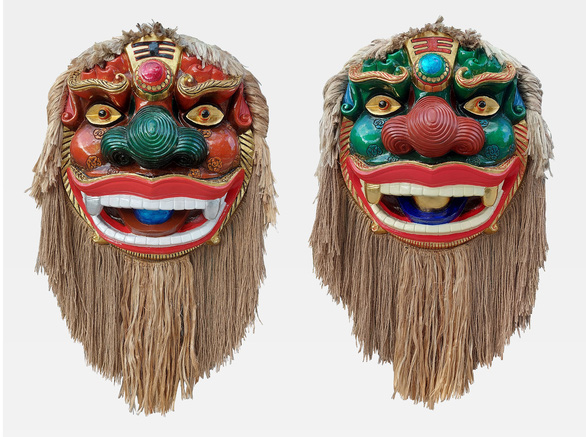 This field photo shows the artwork of 'Doi Nghe' (Couple of Nghe), a Vietnamese mythical creature with a lion's head and a dog-like body, by artist Tran Hau Yen The.

Many of the pieces on display are meant to cast an insight into Vietnamese culture and history by depicting famous sites, such as Bao An Pagoda in Hanoi, the defunct Saigon Tax Trade Center in Ho Chi Minh City, and the Old Quarter and To Lich River in Hanoi. 'Manh ghep thoi gian' (Pieces of Time) – a lacquer art installation by artist Xuan Lam inspired by the archeological artifacts of Thang Long Capital during the Ly-Tran Dynasty, on display at Expo 2020 in Dubai

The quinquennial fair will run through March 2022 and is expected to host booths from more than 190 countries and international organizations.