Being stranded abroad due to the COVID-19 pandemic is an unexpected reality for many travellers, but Matija Babić's 17-month stay in Viet Nam has been “worth every day”.

As the founder of the largest Croatian internet portal, Index.hr, as well as the world's first food atlas, TasteAtlas.com, Babić has spent the past ten years travelling, discovering the world and trying to figure out his sources of happiness while working at the same time. Viet Nam has long been at the top of his wish list.

“When I say ‘get to know', I don’t just mean to spend a day or two somewhere as a tourist, to see the sights and tourist traps, but to spend some time and feel the culture,” he said. The 43-year-old only planned to spend a month or two in Viet Nam before continuing his trip around Southeast Asia. He arrived in Viet Nam in February 2020, but because of COVID-19 his stay was extended to a year and a half, which turned out to be “not too much time to get to know the country at all, but barely enough”.

Within those 17 months, he has slept in at least 50 different places and tried hundreds of different dishes and products, from luxury restaurants in resorts and on the rooftops of HCM and Ha Noi to countless small stalls on the road.

“I am the biggest fan of Vietnamese fruit. Viet Nam has the finest fruits in the world along with Peru. People in Europe, for example, have no idea how good jackfruit is, and yours is sensational.

“But I also tried a lot of unusual foods, like jellyfish soup from Nha Trang.

“But when I end up saying what’s best for me, the answer is pretty simple: Banh mì heo quay (Crispy pork belly banh mì),” he said. 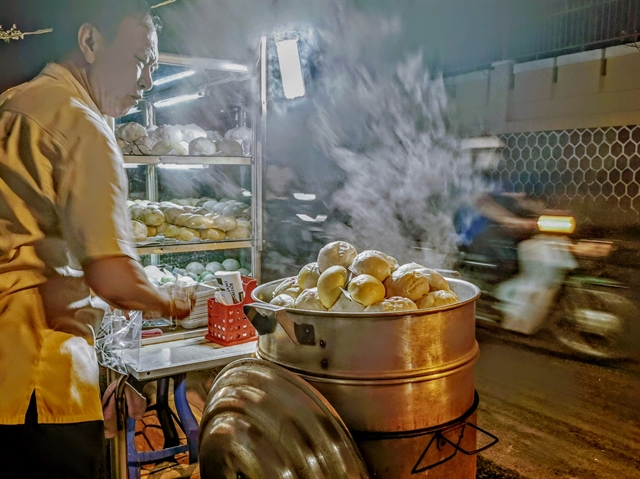 The internet entrepreneur has barely faced any problems while living in Viet Nam, despite this being his visit first to the country.

To him, what sets Viet Nam apart from the rest of the world is that local people are “authentically and sincerely gentle, peaceful and pleasant.”

“Like nowhere in the world. Whether you know English or not, it's easy to make friends with everyone.”

However, there are several issues that he is concerned about, particularly the amount of garbage in some locations.

“Viet Nam has beautiful nature and I would love both Vietnamese and tourists to appreciate it more, not throwing garbage in rivers and the sea,” he said.

“Also, for us from Europe it is very embarrassing to see people eating dogs. But it is hypocritical to condemn some culture that eats dogs while at the same time we eat calves or lambs. They are all equally living beings”. 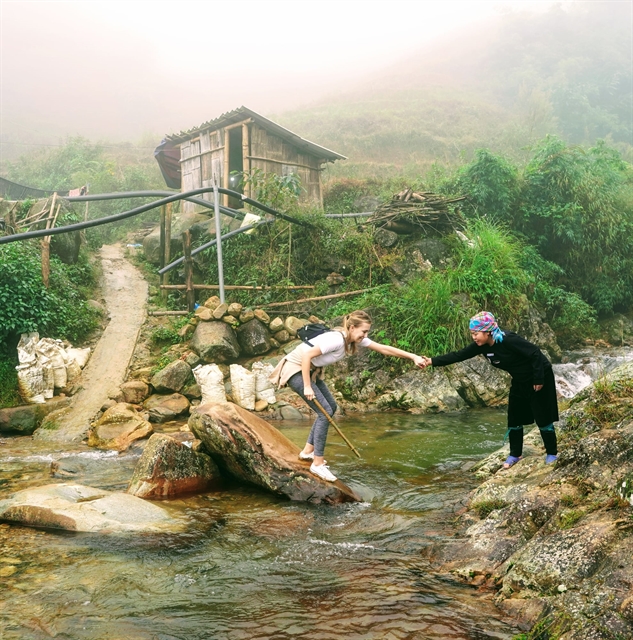 Despite these concerns, Babić has experienced many unforgettable memories during his unexpected lockdown stay.

“It was the season of some beautiful flowers in the north of Viet Nam, and half of the country headed there. We did not book any accommodation and stayed in some small town without any available rooms and it was cold outside.

“We wandered around the city frozen from riding a motorcycle and thinking about where we were going to spend the night.

“People noticed us walking aimlessly and offered to let us sleep in the lobby of their hostel. Not only did we sleep for free, but we spent the evening with a large group from Ha Noi celebrating a birthday, and they included us as if we were their friends. 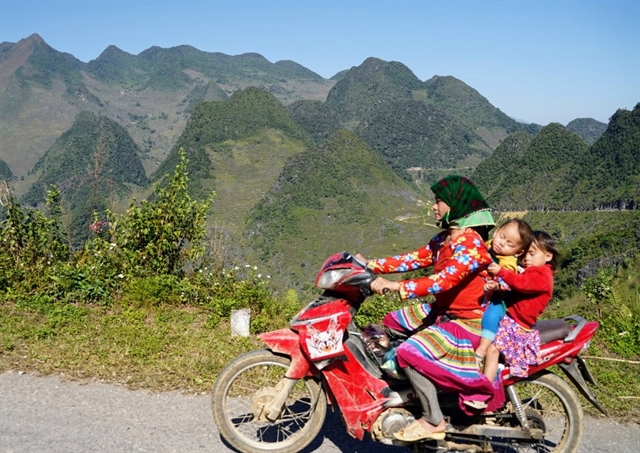 According to Babić, any travellers who wish to experience authentic Viet Nam should start their journey from places that are least suitable for foreign tourists, particularly Ha Giang, as they don’t have luxury accommodations and thus offer authenticity of the nation.

After his 17-month trip, Babić has integrated more than 200 Vietnamese local foods and drinks into TasteAtlas.com, together with other traditional dishes and ingredients of the world. The world's first food atlas is the efforts of the Croatian traveller and thirty others to save old dishes from oblivion, but also to advise travellers which local dishes they should try. 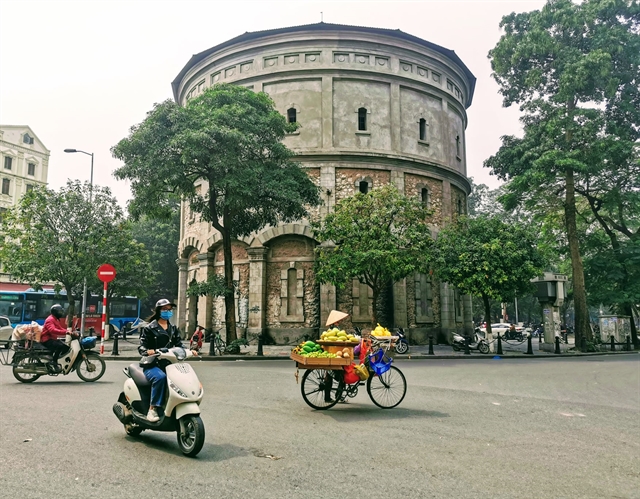 “I believe that the viewers can help travellers discover the best that Viet Nam has to offer by rating and recommending dishes and traditional restaurants on TasteAtlas”.

The number of Vietnamese dishes on the food atlas will only increase as its founder plans to return to the country for more culinary experiences.

“The world is big, life is short, and I would love to visit as much of the world as possible. But Viet Nam after a year and a half has a special place in my heart and is certainly one of the countries I will return to.” VNS