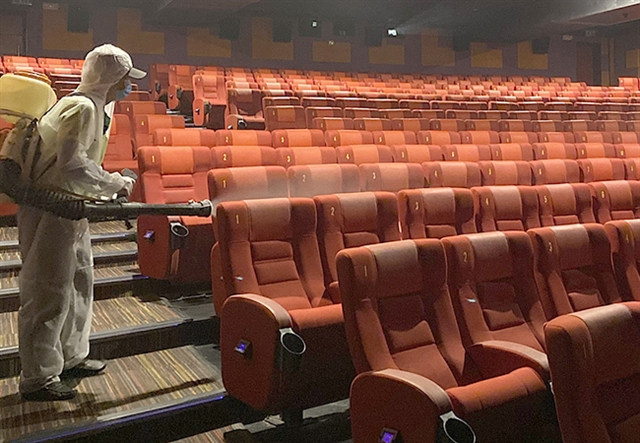 HÀ NỘI — Dozens of film producers have sent a petition to the Government and HCM City People's Committee with the hope to restore operations soon and commit to ensuring safety during new anti-pandemic conditions.

Representatives of such film producers said in local newspapers they sent the petition to the PM calling for help because of increasing obstacles and even "the risk of bankruptcy" since outbreaks of COVID-19 in the past two years have caused a reduction in their revenue to zero while they have still had to cover many costs such as rental fees, equipment maintenance and staff salaries.

Moreover, they said, capital investment sources in film projects and TV shows are backlogged and if it continues for a long time, the businesses will go bankrupt. Film-making staff will face the risk of losing their jobs.

In particular, prolonged social distancing in HCM City has had a great impact on the film industry. With COVID-19 raging in the country at the moment, all the cinema chains have been closed.

Production and release plans for many movies and TV shows have been pushed back or delayed indefinitely while some projects that are filming have also to be canceled or stop production.

A representative of Galaxy Play said on Zingnews.vn that the company and other film producers sent the letter to the Prime Minister and HCM City People's Committee proposing for a reopening from October 15.

Producer Namcito, representing MAR6 Pictures, told Zing that if the pandemic outbreak did not occur, they might have finished filming the movie project Tu Đại Mỹ Nhan (Four Great Beauties) and prepared for post-production.

"But everything has been postponed and we have not been able to determine a shooting date yet," Namcito said.

"All media and film production industries are affected and are facing great difficulties due to frozen activities. New film production plans are halted. Some projects have to stop completely and we have to withdraw from the production plan this year, even next year," Namcito told Zing.

The 2010-20 period has seen a strong surge of movie theatre chains in the nation.

Data showed that the number of modern cinemas in the country has edged up from 90 to nearly 1,100 in the past decade, with moviegoers shooting up from seven million to 57 million, according to vietnamnet.vn

However, since late January last year, the cinema chains have been on and off because of coronavirus outbreaks.

Acknowledging the Government’s efforts to curb the pandemic, 20 film producers have urged the Government and other relevant agencies to work out support policies for them, according to the online paper.

They proposed considering the reopening of cinemas early and committed to complying with the Ministry of Health anti-virus measures after resuming operations.

In addition, they suggested the Government issue policies to restructure loans or come up with new preferential credit packages. The deadlines to pay social, health, and unemployment insurance premiums, as well as labour union fees, should be extended until December 31.

They also proposed halving the value-added tax and delaying the payment of the tax until December 31 as well and reducing or exempting personal income tax for their employees. 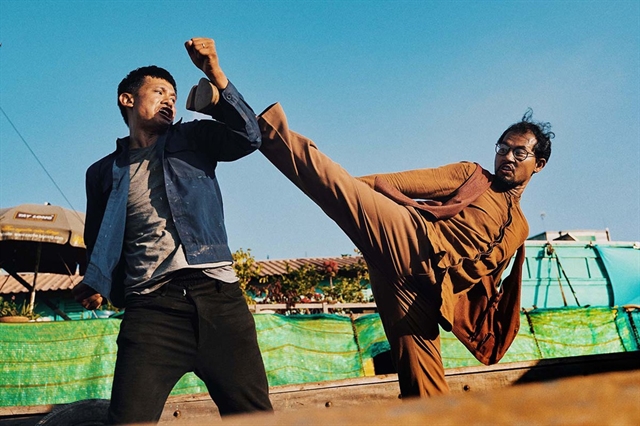 Meanwhile, speaking to Zing about resuming operations, the film companies specifically said they will reduce the staff size of the film crew and complete PCR tests in groups of 10 people before the date of filming for a movie or TV show. Every seven days, the film crew will conduct rapid testing of each crew member.

The producers would ensure that 100 per cent of the involved staff and actors are vaccinated and have negative test results.

In addition, the places where production and filming should concentrate on isolated scenes such as film studios, inactive eco-tourism areas, and unpopulated housing areas, according to Zing. — VNS