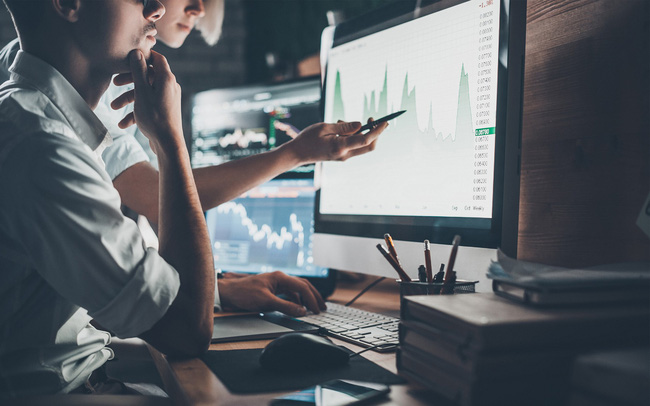 The index stayed in the green mostly throughout the day and closed nearly five points higher. This is the third session in the last five that it closed at 1,339 points.

Trading value on the Ho Chi Minh Stock Exchange (HoSE), on which the index is based, fell 1.8 percent to VND22.88 trillion ($1 billion).

Analysts of Vietcombank Securities said in a recent note strong changes in the global financial market have created a negative sentiment among Vietnamese investors.

Analysts of MB Securities forecast that sideways movement would prevail this week in the absence of a new growth trend.

The rise, which came as the company reported the highest ever amount of galvanized steel exports in a month in September, brought the ticker to its previous all-time peak in June.

PLX of fuel distributor Petrolimex rose 3.7 percent to the highest since Aug. 10.

On the losing side, CTG of state-owned lender VietinBank fell 3.5 percent to the lowest since Feb. 19.

The ticker has been on a downward trend since June 28.

Other tickers in the red included HDB of HDBank, down 3 percent, and ACB of Asia Commercial Bank, down 1.6 percent.

Foreign investors continued as net sellers for the fourth straight session to the tune of VND344 billion, withs strongest pressure on CTG and HPG.

The HNX-Index for stocks on the Hanoi Stock Exchange, home to mid and small caps, rose 1.23 percent while the UPCoM-Index for the Unlisted Public Companies Market gained 0.21 percent.