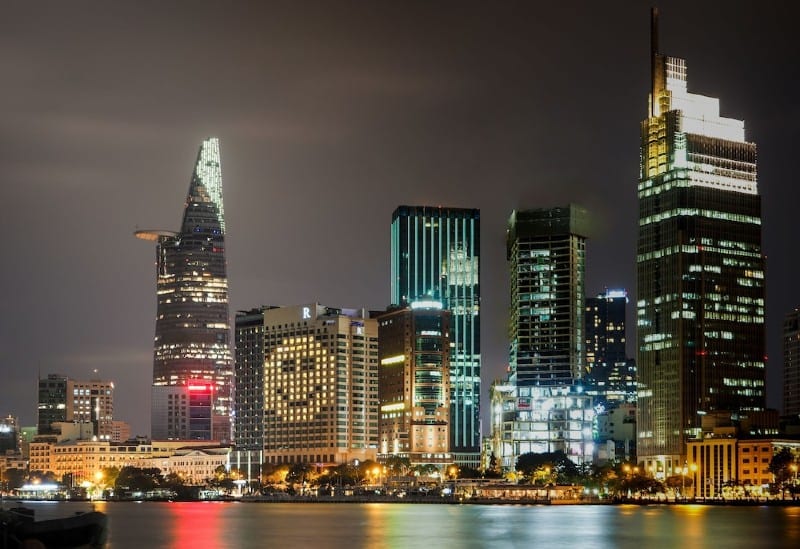 In the immediate future, this plan will be implemented from October 1 to October 31.

On the afternoon of September 29, the atmosphere at Ho Chi Minh City-based Mien Tay Bus Station (Western Bus Station) and Mien Dong Bus Station which are expected to be allowed to pick up and drop off workers were quiet, almost tranquil.

However, the security guards and many employees were still working to be ready to welcome laborers back to the southern metropolis on October 1. Some transport enterprises such as Phuong Trang, Samco Kumho also checked and cleaned vehicles. Competent agencies have been inspecting the gateways to and from Ho Chi Minh City. People and businesses are still waiting for detailed instructions from authorities.

Leader of a transport enterprise Van Cong Diem, a former transport officer of the HCMC Department of Transport, said that if people have a “vaccine passport” or a “green card”, the relevant authorities should learn from the experience of many countries in the world or the region to resume the transport industry. According to Mr. Diem, competent agencies should gradually reopen inter-provincial passenger transport activities.
Epidemic prevention at inter-provincial bus stations, mandatory vaccination for drivers and passengers is mentioned in the draft of the Ministry of Transport and the Steering Committee for Covid-19 Prevention and Control in Ho Chi Minh City.

Regarding freight transport activities, Director of Minh Tung Transport Company in Ho Chi Minh City’s Binh Tan District Vo Van Tung said that although most competent agencies have removed all difficulties in cargo circulation for facilitation of transport activities, because many provinces and cities are applying social distance mandates and factories have temporarily suspended their production; hence, there has been no need for transportation.
Meanwhile, the majority of workers who go to work between Ho Chi Minh City and the neighboring province of Dong Nai by personal cars want to have more specific regulations.

In order to facilitate transportation companies in the new situation, the Department of Transport of Ho Chi Minh City said that it has implemented a trial application of information declaration software for car drivers at http://suckhoe.dancuquocgia.gov.vn
When using this software, the person on the freight car will make the declaration of information, the software will generate a QR code according to the instructions attached. Drivers are responsible for printing their QR code on A5 size paper and pasting it on the front glass of both sides of the vehicle. Each person on the vehicle will have a fixed QR code at the first declaration.
The municipal Department of Transport requested traffic police to coordinate with relevant units to deploy information to the epidemic control points in the area of Ho Chi Minh City.

According to the city Department of Transport, workers returning to the southern largest city must meet the following conditions including having work plan certifications, full vaccination, Covid-19 negative confirmation by a health authority. Moreover, workers must be allowed to travel to other areas by the People’s Committee of the province/city where they reside.

At the same time, the Department of Transport will pick up workers from local bus stations to Ho Chi Minh City. The bus operating frequency is only four trips a day. Legal transport companies will be given certificates by provinces before operating. Ticket prices will be declared and listed by the enterprise in accordance with regulations.

Passengers traveling by rail and by air must follow the plan and the Covid-19 prevention and control measures of the Ministry of Transport for their safety.