Every year, from the end of August to the beginning of September of the lunar calendar (which falls in October), the weather in the highlands starts to get cold and the yellow rays of the sun shine on the ripe golden rice fields, signalling a bountiful "golden season". This is the time when ethnic minorities in the highlands of Ha Giang celebrate the New Rice festival. 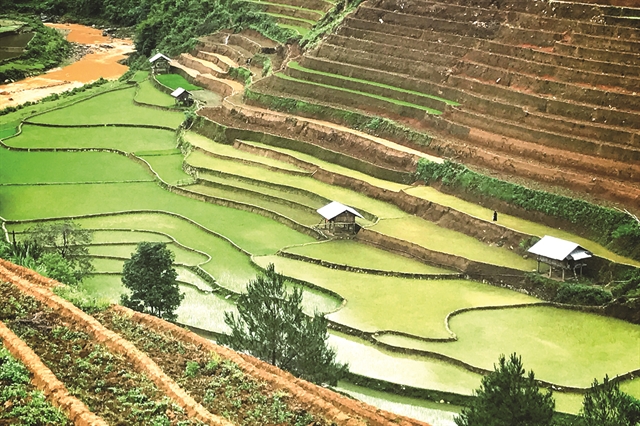 With the custom of worshipping polytheists, the Dao people of Hồ Thầu Commune believe that the rice plant also has a soul. So according to traditional rites, the most important thing is to bring the new rice soul home.

In the early morning, the woman of the family goes to the rice field to trim the rice plants laden with ripe seeds, tie them into small bundles to dry in front of the house. Then, select the largest rice grains tied in clusters and hang on the wall of the house. The rest will be used to make green rice, cook sticky rice to offer to ancestors, heaven and earth.

Before the event, the host's wife, who is considered the "Mother of rice", will have to get up very early to prepare baskets and tweezers to pluck the first grains of rice and cook them to give thanks to the ancestors.

The picking of the first grains of rice also has a very sacred meaning, because this is also the ceremony of "receiving" the soul of the rice, with the desire to pray for the family's new crop to be lucky and favourable. 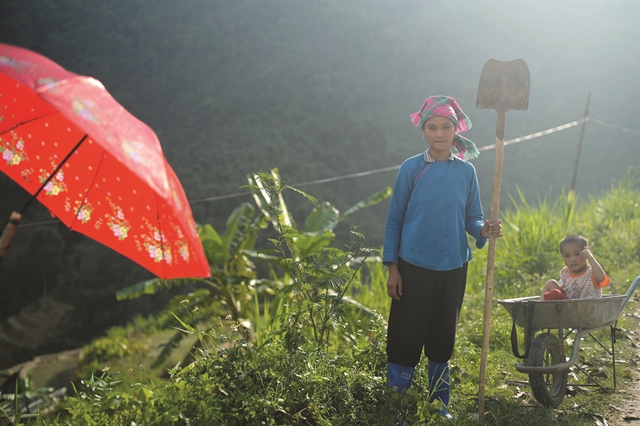 Only after offering new rice can families bring the newly harvested rice into their home and eat. Before the new rice offering ceremony takes place, families are not allowed to burn rice straw because the rice spirit is still on the straw, if burned, next year, the crop will be lost.

Similarly, the new rice offering ceremony is one of the rituals bearing strong agricultural beliefs of the Nung ethnic group in Pố Lồ Commune.

This ritual depends on the season of ripe rice, which is held by families in August or September of the lunar calendar every year.

To perform this ritual, in the early morning, the woman of the family goes to the rice field to prune the largest and newly ripened rice in the field, usually sticky rice. If the sticky rice has not yet ripened, they have to use plain rice. The rice is tied into bundles to carry home. From these rice grains, the largest seeds will continue to be selected and tied into two bundles and hung on the wall at both ends of the altar.

The rest is used to make green rice or cook into sticky rice to offer to ancestors, heaven and earth. If for some reason, the family does not have enough new rice, they can mix some old rice to cook or use a few new rice grains to put in a pot of sticky rice to get the essence of new rice and offer it to the ancestors. VNS