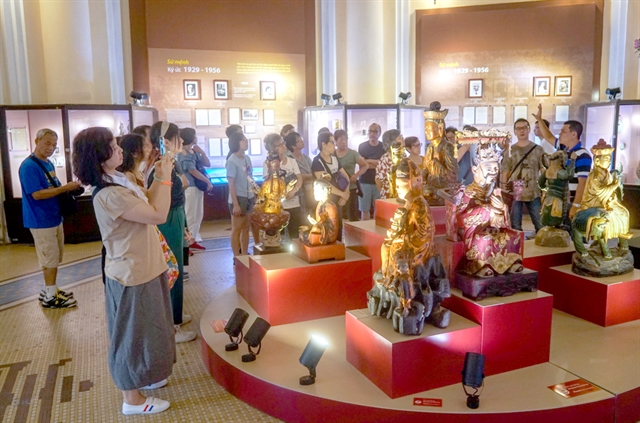 HCM City’s museums are offering online displays and tours as part of their effort to develop business amid the COVID-19 pandemic. Photo courtesy of HCM City Museum of Vietnamese History

HCM CITY  HCM City’s museums are offering online exhibitions and virtual tours as part of their effort to develop business amid the COVID-19 pandemic.

The programme offers online displays featuring long robe designs in different periods dating back to the 17th and 18th centuries.

Online display topics will be changed every week to help viewers learn more about Vietnamese culture and lifestyles.

“I was able to search for useful things after viewing the online displays of the Áo Dai Museum,” said Trần Nguyễn Bảo Duy, a 12th-grade student at the Vietnam-Australia International Secondary and High School in HCM City.

“I learned more and shared the history of the Vietnamese traditional  long dress with foreign students, which raised their awareness about traditional fashion in Viet Nam,” he said. 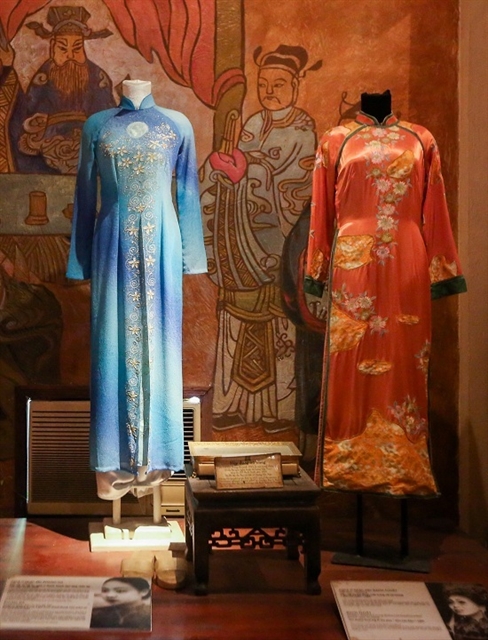 “We wanted to expand the museum’s activities and showcases to the public during the pandemic,” said the museum’s deputy director Nguyễn Khắc Xuan Thi in a recent interview with local media.

“With digital technology, viewers can see connections between objects and contexts, and visualise and learn about historical periods and culture through space and time.”

"We are working to build the museum’s 18 showcase rooms as interactive areas by using modern technology applications to convey the most effective content and information,” she said. 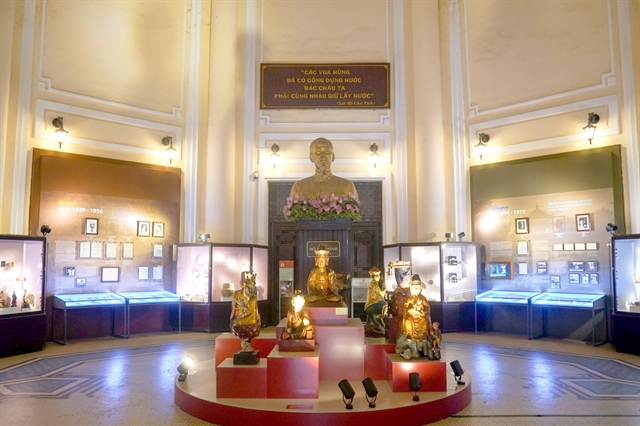 The HCM City Museum of Vietnamese History has launched online exhibitions with 3D technology, smart apps and websites. The museum’s guests are encouraged to visit the website www.baotanglichsutphcm.com.vn  to learn about its exhibitions. Photo courtesy of the museum

The museum’s highlighted online exhibitions include a showcase featuring collections of Victor Thomas Holbe, a French pharmacist who worked in South Viet Nam in the 1920s.

The exhibition displays ancient artefacts, paintings and sculptures from China, Japan, India and Viet Nam, mostly from the late 18th and 19th centuries, made with stones, gems, ivory and ceramics.

It also introduces antiques of the Óc Eo Culture, a rich culture of the ancient kingdom of Phu Nam which was discovered in 1944 via artefacts found at sites near Ba The Mountain, now Óc Eo Town in Thoại Sơn District in An Giang Province.

Another exhibition features artefacts of Vietnamese history dating from the prehistoric era to the end of the Nguyễn dynasty (1802-1945), the country's last royal family.

The exhibitions can be viewed on the website www.baotanglichsutphcm.com.vn.

It displays works by artist Le Sa Long and photos from reporters in HCM City.

The online exhibition also appears on the websites of cultural centres in the provinces of Ca Mau and Quảng Ninh.

Thắm said her museum offered for the first time exhibition rooms using a smart museum mobile app in January. Guests can install the Bảo Tang PNNB app on IOS or Android devices and explore the photos on display.

The app provides guests with information about well-known historical figures, historical background and video clips, giving visitors a better understanding of the works.

“Our museum’s app acts as an electronic guide in different languages. Through the app on smartphones or tablets, the system accurately locates where visitors are standing and displays information about nearby objects in an animated micro image. It also helps to minimise the work of the tour guide while creating a modern, friendly exhibition environment,” said Thắm.  VNS