Veteran actress Hong Anh has a successful career, both on stage and on screen. She has made a mark for the many memorable title roles she’s played in “Chich Choe Princess” at Idecaf Stage and Hay khoc di em (Don’t hold your tears back) at Hoang Thai Thanh Stage to name a few. She is also well-known as the lead actor in the TV drama Nghe bao (Journalist) and hit the big screen with many acclaimed movies like Trang noi day gieng (The moon at the bottom of the well), Thang nam ruc ro (Go-go sisters), and Tiec trang mau (Blood moon party). Going above and beyond, Hong Anh made her directorial debut with the movie Dao cua dan ngu cu (The way station) and gained enormous recognition for her work.

Vietcetera met with Hong Anh as she shared stories revolving around her career and what inspired her to pursue acting.

Voice is the primary means for a stage actor 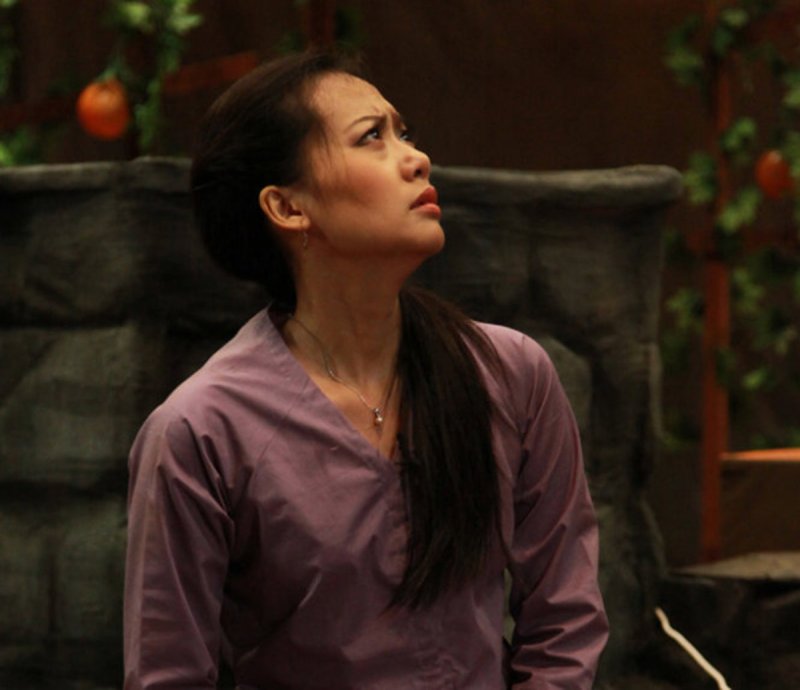 There is a common question among film audiences: why do some movies sound so ‘theatrical’ while others sound natural? The answer lies in two key elements – the scripts and the actors’ voices.

Actors do not usually have the freedom to change the script or improvise their lines, but rather get full control over their voice.

The theater is a very large space. Thus, voice is the primary means to make sure every audience sitting in the theater could feel what is going on onstage. During a play, the actors would project their voices and exaggerate their acting. However, that is not the case for a screen performance where the most subtle, gentle emotions could be fully captured, and raising your voice would lead to a huge change in your facial expression, which is consequently criticized as “too theatrical.”

Try to record yourself performing a short monologue, then close your eyes and listen to the recording with some background music. Do you love that voice? If the answer is yes, you are on the right track.

Innocent eyes and a sophisticated heart 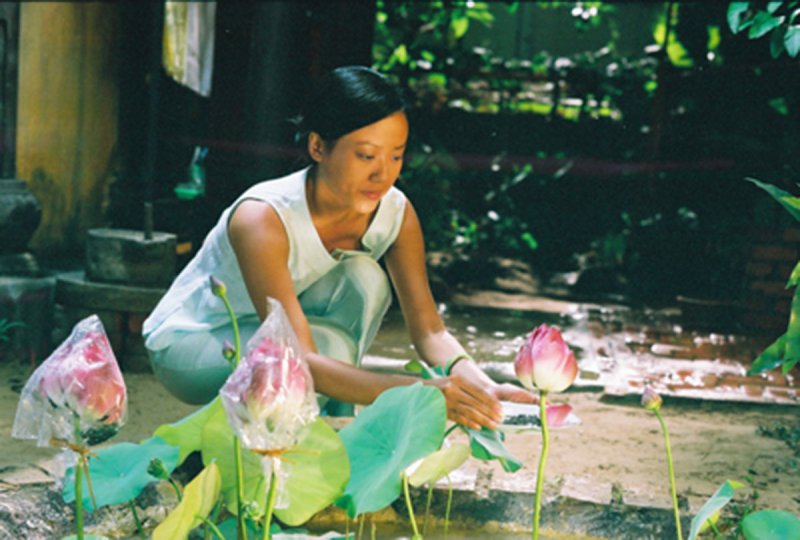 Innocent eyes for pure curiosity, and a sophisticated heart to understand and sympathize with your character | Source: Trang noi day gieng

The most essential characteristic of an actor is innocence. When you are innocent, as a child, you would see the world with genuine curiosity, keeping your eyes on everything surrounding you, from how the street vendors normally hawk their products to the way the wedding planners talk on the walkie-talkie. Who knows which types of characters you would play in the future?

Hong Anh doesn’t believe in the afterlife, but Hanh – the main character in Trang noi day gieng – does. Hanh relies on a supernatural force to overcome her tragedy. Despite facing some inner conflicts of belief with the character, Hong Anh has to remind herself to put her ego aside and empathize with Hanh.

Only when getting rid of all the judgment and resentment against the characters does Hong Anh truly step into their living world and bring them alive.

Innocent eyes are not enough. An actor must equip himself/herself with a sophisticated heart, enabling them to discover the whole spectrum of emotions, to dig deep into the character’s ulterior motive, to understand and love them.

An actor must possess the capacity to cooperate with your acting partners, director, and your cameraman. 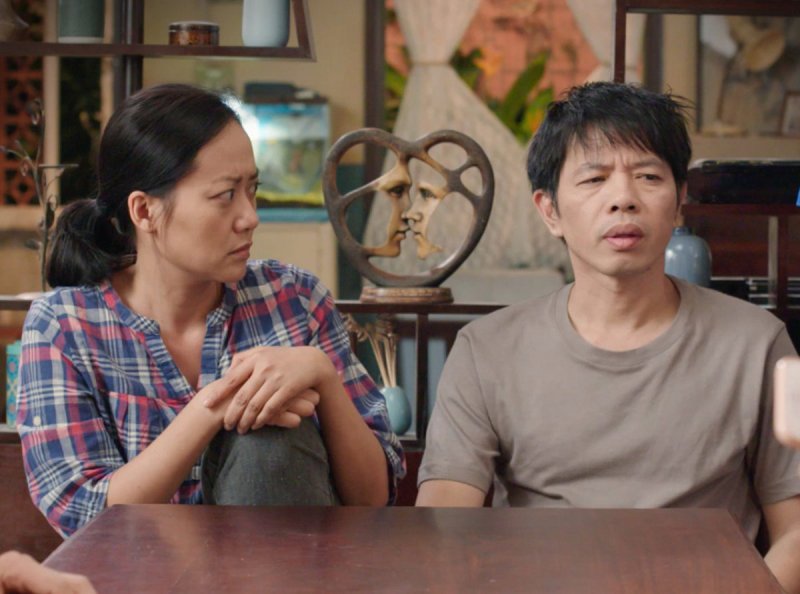 Hong Anh and Thai Hoa in a scene | Source: TV drama Cay tao no hoa (When The Apple Tree Blooms)

In a scene with Thai Hoa in Cay tao no hoa (When The Apple Tree Blooms), according to the script, the two characters just have a casual dialogue. However, Thai Hoa suddenly slumps down, showing the escalating inner conflicts within his character. Hong Anh, instead of strictly following the script and stopping acting, also sits down, lifts him up, and embraces him in her arms.

The chemistry between your acting partners is formed during conversations, meal times, and sharing sessions, which is necessary for any actor. The capacity to love and ‘sense’ your film crew's working styles will allow you to cooperate accordingly. Otherwise, you would probably screw up a scene many times because of misunderstanding the director’s guide, or your face would appear weird on the screen since how a take is done depends on the cameraman’s feelings.

In the case of Thai Hoa and Hong Anh, both actors could have missed such an excellent scene without their chemistry.

In 2017 and 2018, Vietnam released 38 movies each year. In 2019, this figure rose up to 41. Despite the time of crisis in 2020, there were still 22 movies hitting the big screen, not to mention TV series with 10 dramas produced by Vietnam Television Film Center. As you can see, the opportunities are plenty. 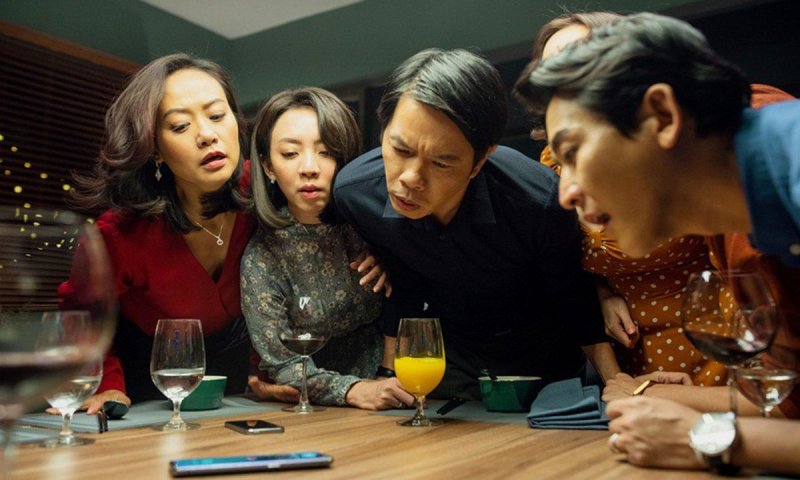 In the time of Hong Anh, actors usually started their careers in large-scale casting auditions. Now, many casting calls on a large or small scale are arranged continuously throughout the year. Some directors even have their own way to cast actors by attending parties or scrolling on social media like YouTube or Facebook.

The more opportunities our society offers, the more burdens the acting industry must carry. In your early career, there is a high chance you would receive some fierce criticism that makes you doubt yourself. My advice is don’t give up, just keep going and you will learn along the way.

The film industry always welcomes those with great character and persistence.

Be natural, natural, and natural!

After being offered to play Hanh in Trang noi day gieng, Hong Anh made a huge effort in researching all information relating to Chau van (a traditional folk art of northern Vietnam), Buddhist temple, and ghost marriage. She also talked to Tran Thuy Mai – the author of Trang noi day gieng story from which the movie is adapted – to know more about her character.

Today, you can easily find all the necessary information to study your characters from CDs, Google, or newspapers. 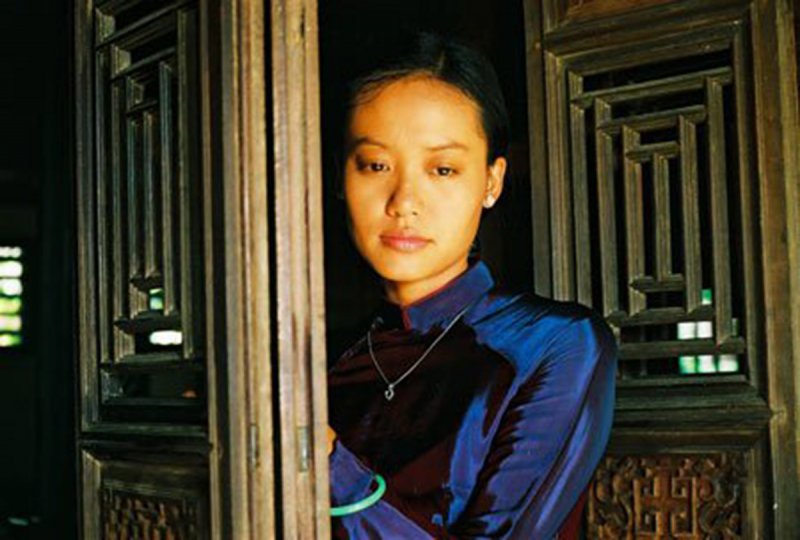 Playing Hanh is not only about putting on silk clothes but also practicing how to walk and smile gracefully. | Source: Trang noi day gieng

Hanh is gentle and quiet – typical characteristics of a woman born in the Imperial City of Hue, which is totally the opposite of Hong Anh who is energetic and joyful. Playing Hanh is not as simple as putting on silk clothes, but about practicing how to walk and smile gracefully.

For Hong Anh, she always takes any chance to pick a random person on the street and observe their lifestyle and behaviors. If necessary, she would transform herself into a character working in manual labor and put herself in their shoes to know them better.

Natural acting, in her opinion, is the real mastery. It takes a long and arduous journey for an actor to achieve that level.