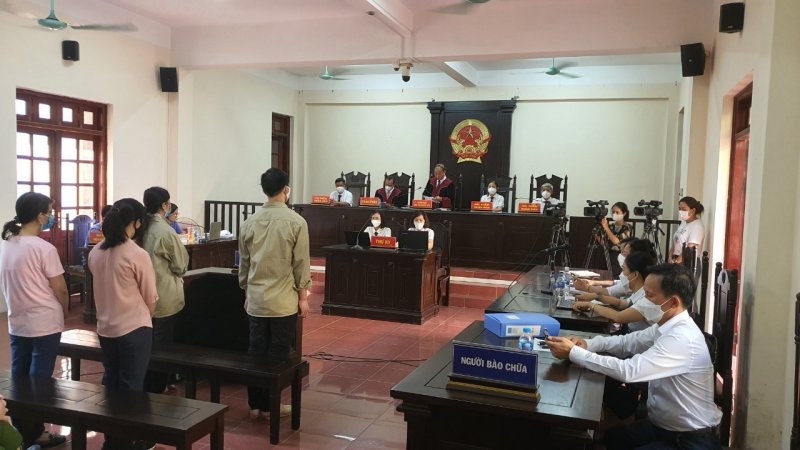 Accordingly, a lawsuit will be judged at the court with the participation of a trial panel, procuracy representatives, lawyers and others, who must comply with epidemic prevention measures including keeping safe distances among them.

Meanwhile, defendants are not brought to the court, but are arranged to sit in a designated room in the prison to stand the trial as per normal proceedings.

Virtual trials will be applied to civil, administrative, marriage, and family cases with simple details and sufficient evidence.

Regarding criminal cases, first instance trials will be conducted virtually for cases at less serious, serious, and very serious levels with clear proof.

Online appellate sessions will be held for cases at the three said levels, in which the appealers ask for commutation, suspended sentences, non-custodial rehabilitation, or increases of compensation, save for suits where the appealers claim themselves innocent or request their cases to be further investigated or clarified.

As for cases in which defendants have committed particularly serious crimes, the online model is not applicable, the draft rule said.

In addition, courts will not perform virtual adjudication for cases in which the involved parties or assets are in foreign countries, proceedings that need the presence of interpreters and national security-related offenders, or trials of sexual abuse of minors, among others.

Nguyen Thanh Vinh, chief justice of the People’s Court of Thu Duc City under Ho Chi Minh City, said the agency proposed the virtual court model to the Supreme People’s Court in May, after he had learned about the application of the trial mode in other countries.

“It can speed up the settlement of unheard cases while ensuring epidemic prevention and control measures,” Vinh said.

“In addition, it is a cost-saving solution.”

The proposal was made in the context that the court has failed to try around 500 cases every month due to the epidemic, the chief justice said.

The top court, after considering the Thu Duc court’s proposal for its consistency with its similar scheme, has prepared the draft regulation on online adjudication for a number of criminal, civil, and administrative cases, Vinh said.

They have successfully set up e-courts and digitized case files, case management, and a legal database, Hoai added.

The shift from physical to virtual trials is necessary, but the new model must ensure the basic principles and procedures specified in the 2015 Criminal Procedure Code, including those relating to the protection of human rights as well as the legitimate rights and interests of organizations and individuals, the lawyer said.

At a meeting of the Central Steering Committee for Judicial Reform on August 26, State President Nguyen Xuan Phuc emphasized that organizing online trials is an inevitable and necessary trend amid the rapid development of the Fourth Industrial Revolution and the COVID-19 pandemic.