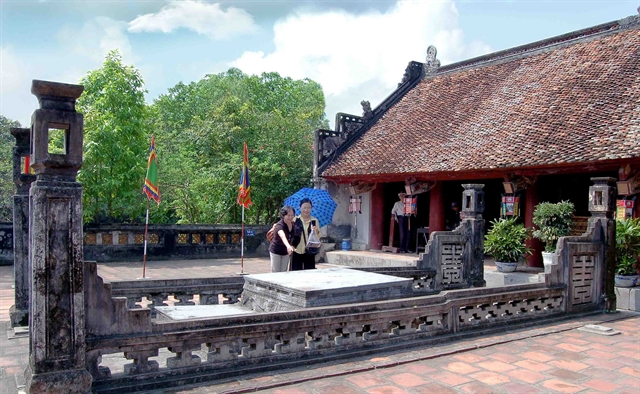 The excavations are to be conducted on a total area of 600 sq.m from September 15 to December 31 this year following a decision by the Ministry of Culture, Sports and Tourism (MoCST) issued recently on its website.

According to the decision, the ministry has assigned Ninh Bình Province's Department of Culture and Sports in coordination with the Institute of Archeology to unearth the two locations – a field south of King Le Đại Hanh Temple and a site near the wall of Thanh Dền (Dền Citadel) in Trường Yen Commune, Hoa Lư District.

Dr Nguyễn Ngọc Quý from the Institute of Archeology was assigned to preside over the excavations.

MoCST also said during the excavations, units granted licences to undertake the work should pay attention to protecting the stratigraphy of the relics and be responsible for disseminating information to local people about the protection of cultural heritage in the areas.

They should not announce any official archaeological conclusions or results without agreement from authorities and the Department of Cultural Heritage, the MoCST said.

"Artefacts collected during the excavation must be transferred to Ninh Bình Provincial Museum for protection and preservation. The provincial Department of Culture and Sports is responsible for receiving, managing, and reporting to the Minister of MoCST about plans to protect and promote the value of those artefacts," according to the ministerial decision.

After completing the excavation, the department and the Institute of Archeology must make a preliminary report and propose a plan for management and protection of the excavated area within a month and submit a scientific report within a year to the MoCST, the decision said.

Earlier in April, a workshop was held by the provincial Department of Culture and Sports, the Institute of Archaeology, and the Viet Nam Academy of Social Sciences reviewing archaeological excavation and research at the ancient capital of Hoa Lư and other sites in Ninh Bình Province.

Held as part of activities responding to the Visit Viet Nam Year 2021, participants at the workshop lauded the results of the endeavour, saying it had contributed to preserving and promoting the values of cultural heritage in the province.

The excavation work revealed unique architecture at Hoa Lư, which vividly reflects national construction and defence as well as royal cultural life, and the formation and development of the locality’s administrative system during the 10th century. 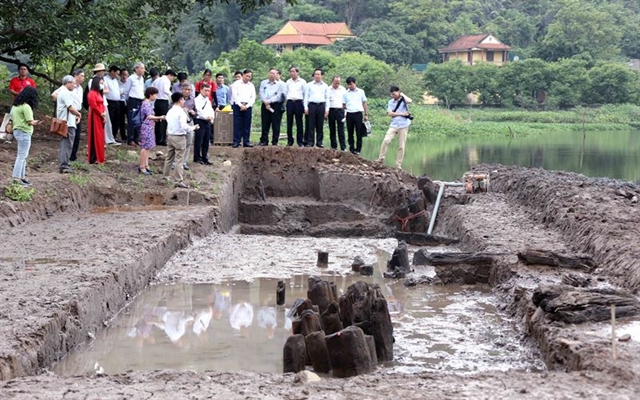 At brick tombs in Nho Quan and Gia Vien districts, initial research results noted that these were tombs from the Eastern Han Dynasty, proving the development of culture, economy, and politics and clarifying how Hoa Lư was established and developed.

Research results initially recognised that the inner city of Hoa Lư in the 10th century had a much larger distribution area of architectural works than experts and researchers previously imagined.

At the workshop, research and excavation units proposed adjustments to land use planning and the detailed plan for the conservation - embellishment and promotion of specially-protected areas in the ancient capital, which were approved by the provincial People’s Committee in 2009, to serve research, excavation, and conservation in the future. — VNS