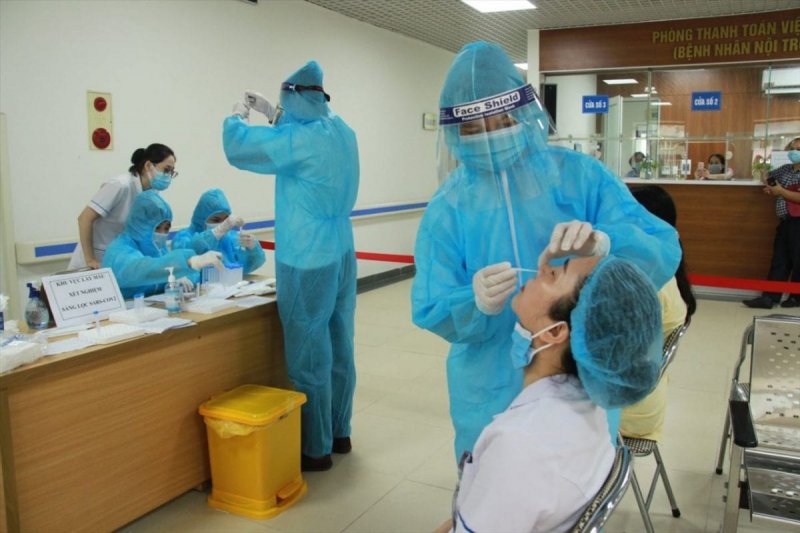 The tests will allow authorities to get a comprehensive picture of the ongoing situation to decide which areas are safe enough for resumption of socio-economic activities.

Besides dispatching medical workers to take samples, they will also issue rapid test kits for people to perform the test themselves.

They also target vaccinating everyone aged 18 upward at least once by September 15.

As of last Sunday more than 2.3 million people had been immunized, with more than 200,000 getting two shots.

Hanoi has announced another 15 days of strict lockdowns starting Monday in 10 districts considered high-risk and less stringent ones in five others.

People in Tay Ho, Ba Dinh, Cau Giay, Hoan Kiem, Dong Da, Hai Ba Trung, Thanh Xuan, Ha Dong, Thanh Tri, and Hoang Mai districts must “stay where they are” due to the high risk of infection because of their high population density.

Hanoi has recorded more than 3,800 community cases of Covid since the fourth wave began in late April.

The capital has had a series of social distancing mandates since late July.