The “Education under Nguyễn Dynasty – Remnants of the Golden Time” exhibition will show over 100 documents on education from the feudal period, which will be featured online.

The documents include royal papers signed or viewed by kings, as well as wooden printing moulds used to print books during the era.

Many of the documents have been recognised in the UNESCO Memory of the World programme. 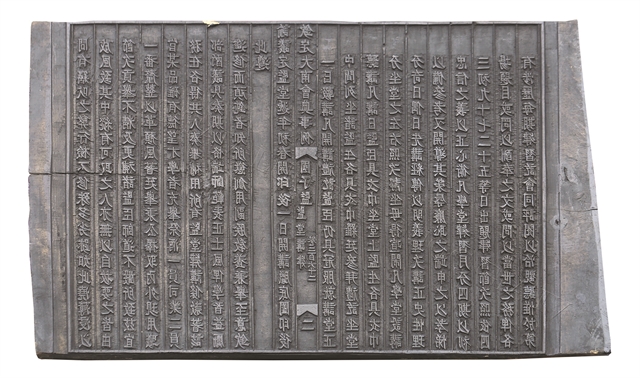 A wooden printing block says that every spring, two days after the King opens his royal seal for dealing with domestic affairs, the Literature Temple Quốc Tử Giam hosts a school opening ceremony.

Documents show that the academic opening ceremonies were solemnly organised; how schools operated; how examinations were organised to ensure fairness; and how teachers trained students in academic skills and ethics.

Educational experts said that education in the Nguyễn Dynasty and earlier reigns used sustainable values, which should be preserved and developed today. — VNS