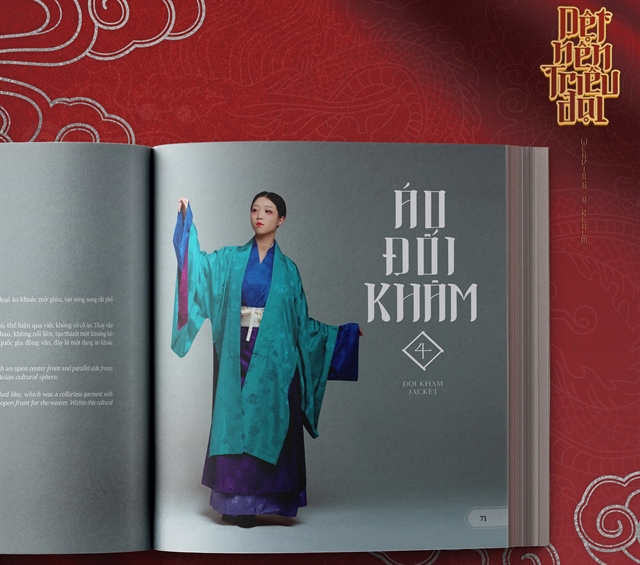 Ancient clothes of Vietnamese are reproduced through both language and images in Det Nen Triều Đại (Weaving A Realm). (Photo courtesy of Vietnam Centre)

HCM CITY— A bilingual book about Vietnamese costumes in the 15th century has been included in the library of the National Australian University.

The book, Det Nen Triều Đại (Weaving A Realm), features the rituals and fashions of Vietnamese in the early Le Dynasty from 1437 to 1471.

Released in May 2020, it was compiled by a team of Vietnamese expatriates, called the Vietnam Centre, from all over the world led by Nguyễn Ngọc Phương Đong.

Đong and his partners spent two years on research and collecting photos. They also wrote and edited the photo captions in Vietnamese and English. 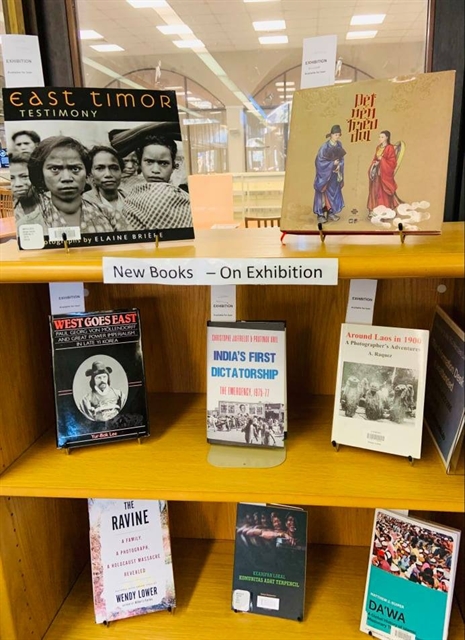 The bilingual book, Det Nen Triều Đại (Weaving A Realm), featuring Vietnamese costumes in the 15th century under the early Le Dynasty from 1437 to 1471 is part of the in the National Australian University library collection. (Photo courtesy of Vietnam Centre)

“We introduced our book, Det Nen Triều Đại, to library representatives at the National Australian University (NAU),” Đong, a member of Vietnam Centre’s managing board, said.

“We hope readers and students in Australia and worldwide will learn about Viet Nam’s history and culture after reading Det Nen Triều Đại.”

The book’s images on 15th-century fashion, painted and captured by young artists, were recreated based on reputable resources such as Ngan Năm Mũ Áo (Thousands of Years of History of Viet Nam’s Traditional Costumes), a photo book on Vietnamese clothes by Trần Quang Đuc, and Trang Phục Viet Nam written by cultural researcher Đoan Thị Tình.

Its author, Đuc, a 35-year-old researcher from the Viet Nam Institute of Literature, has spent many years searching the country and abroad for historical evidence of costumes worn by people from different regions, social backgrounds and historical periods.

Ngan Năm Mũ Áo was the winner of the Good Books Prize 2014 in the new discoveries category. The award, presented annually by the non-profit organsation IRED, aims to encourage quality writing and spread the reading habit. 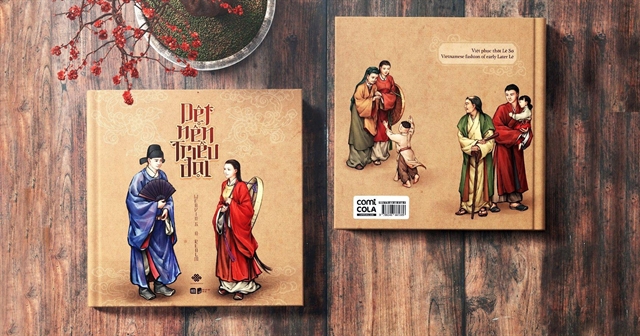 Det Nen Triều Đại (Weaving A Realm) was released in May 2020. It was compiled by a team of Vietnamese expatriates, called Vietnam Centre, from all over the world led by Nguyễn Ngọc Phương Đong. (Photo courtesy of Vietnam Centre)

In the book Det Nen Triều Đại, the information and records by scholar and historian Phan Huy Chu (1782-1840) are used.

"The ancient clothing of Vietnamese is reproduced through both language and images in Det Nen Triều Đại," said Đong of Vietnam Centre.

"The book is a gift to people who want to explore a part of the country’s history, traditional culture and lifestyle."

Vietnam Centre is a non-profit organisation based in Sydney, Australia. It works to promote Vietnamese culture to the world, hoping to introduce Vietnamese heritage and the splendour of its 4,000-year-old of civilisation to international friends.— VNS