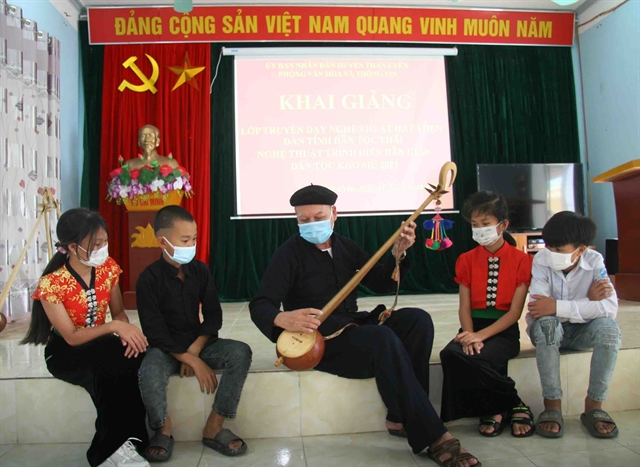 LAI CHÂU — In a special class in Than Uyen District in the northern province of Lai Chau, local artisans can be seen engrossed in teaching students the traditional dances and songs as well as how to play đan tính, a handmade gourd lute.

Beginning on June 12, the class has attracted 80 students from three communes, Mường Cang, Hua Na and Mường Kim, the majority of whom are children. They all share one thing in common: a passion for traditional Thai ethnic art and culture. 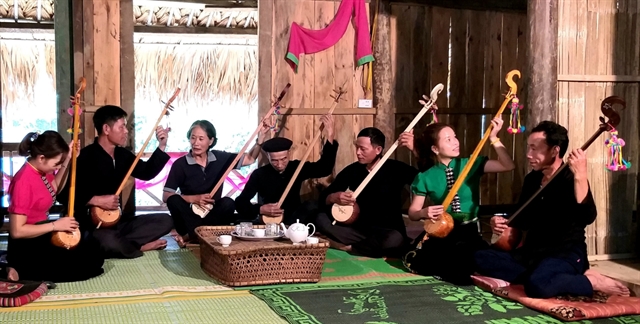 The class of then singing and Thai ethnic folk music is part of Than Uyen District’s resolution on promoting traditional cultures of ethnic groups in association with the development of community-based tourism over the next five years.

In addition to preserving and upholding the traditional cultures, the resolution also aims to improve the cultural and spiritual life of local people.

However, as the COVID-19 pandemic is still complicated, all participants of the class have to strictly comply with regulations on pandemic prevention and control, including wearing masks and social distancing. 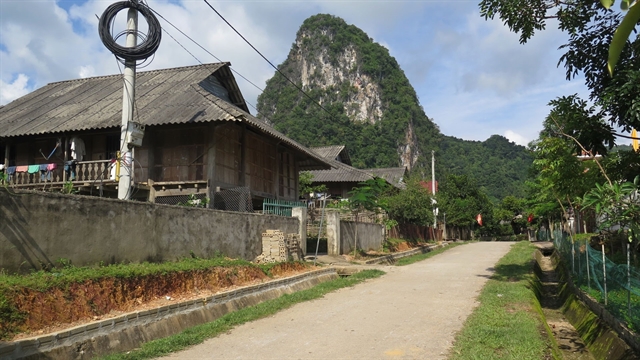 With the advantage of diverse cultural identities that have been well preserved by the local ethnic groups, Than Uyen District has great potentials to develop community-based tourism. — VNA/VNS Photo Nguyễn Oanh

Than Uyen District is home to 10 ethnic groups with diverse original cultural identities that are showcased through their costumes, architecture, customs and language.

Thai ethnic people account for more than 70 per cent of the district’s population, therefore, the cultural and spiritual life of the people in the district has been mostly influenced by Thai culture from songs, dances, folk games to cuisine.

In recent years, Than Uyen District authority has made great efforts to preserve the local original culture by restoring traditional festivals, establishing clubs for playing đan tính and then singing as well as maintaining activities of local art troupes in recent years.

Many artisans have also joined these efforts, among them is Lò Văn Sơi from Mường Cang Commune.

Like many other artisans, Sơi was concerned about preserving the cultural legacy passed down from the Thai predecessors, which is at risk of falling into oblivion because of modernisation.

He said, then singing, which is accompanied with đan tính, is a unique performing art of the Thai ethnic group.

“It is an art form that combines the beauty of human and nature, artistic values and spiritual elements," he said.

“The content of the songs expresses the wish for bumper crops, a peaceful, prosperous and happy life. Thai people in Mường Cang consider then singing and đan tính as an indispensable spiritual ‘specialty’ of their life.” 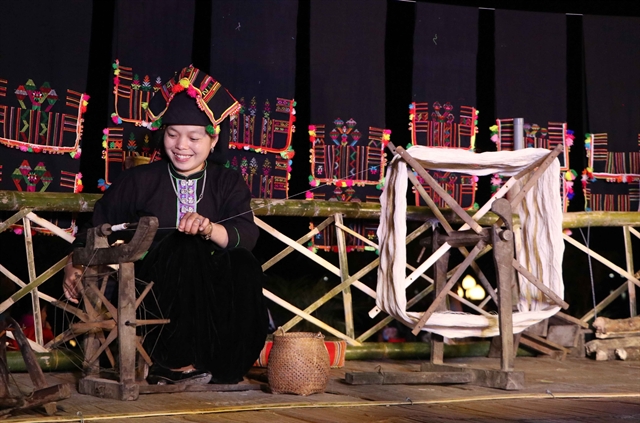 A Thai woman in Than Uyen District in her traditional costume. — VNA/VNS Photo Nguyễn Oanh

Sơi added that it is his strong bond with his homeland that has helped him to understand, respect and preserve his ancestors’ culture that has nurtured his soul since a young age. He always makes time in his busy schedule to pass on his passion for folk songs and the traditional musical instrument to everyone, particularly the youth.

The artisan has also been collaborating with the Department of Culture and Information of Than Uyen District to develop the content for teaching traditional songs and dances to younger generations in the future.

Hearing the sound of đan tính and then singing since birth, Ha Khanh Ly from Hua Na Commune, a young member of the class, said that she had been proud of the cultural tradition of Thai people.

“I had difficulties in handling the instruments and the melodies at first, but artisans with great enthusiasm have helped me to improve my skills.

“I will make more efforts in studying to contribute to the conservation of national cultural values,” she added.

With the advantage of diverse cultural identities that have been well preserved by the local ethnic groups, Than Uyen District has great potential to develop community-based tourism.

To exploit such potential, the local authorities have organised a variety of activities that aim at both promoting a traditional culture of ethnic groups in association with the development of community-based tourism in the period 2020-25 in the district. 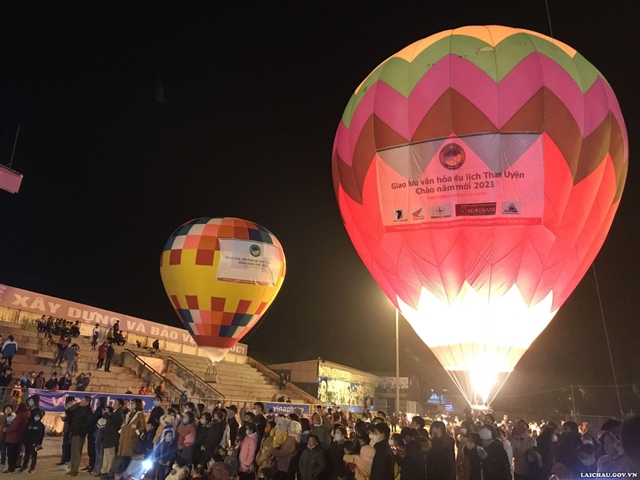 A tourism and cultural exchanging programme featuring hot air balloons was held at Than Uyen District on New Year Eve, attracting thousands of both locals and tourists from far and wide. — Photo laichau.gov.vn

In particular, a tourism and cultural exchanging programme featuring hot air balloons was successfully held at the district early this year, attracting thousands of both locals and tourists from far and wide.

The local authorities have also made great efforts in restoring many traditional festivals and activities like Lung Tung, Xòe Chieng, swallowtail boat racing and ancient songs of Khơ Mu ethnic community while encouraging the establishment of 129 art clubs.

According to Liễu, the regular organisation of cultural activities has attracted an increasing number of tourists to the region in recent years. Than Uyen District received nearly 20,000 tourists last year despite the effects of the COVID-19 pandemic. In the first six months of 2021, that number is estimated at nearly 10,000, which she said is good news for the tourism sector of the district.

She added that the local authorities would continue to promote local people’s awareness by organising regular meetings and classes for villagers “so that future generations can multiply their pride and therefore contribute their bits to building an advanced and rich cultural national identity”. — VNS