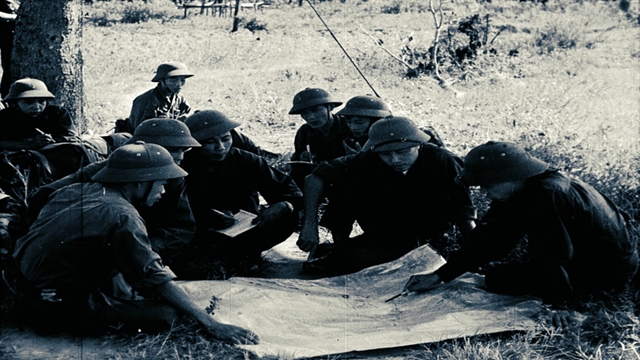 A scene in Con Đường Đã Chọn (The Chosen Path). The documentary features the long-term resistance wars of Vietnamese people against the French and the American invaders for the national independence, freedom and reunification. — Photo toquoc.vn

HÀ NỘI — A documentary that provides thorough and systematic information about Viet Nam’s history during the two resistance wars is being aired on various Viet Nam's television channels in celebration of the 76th anniversary of the August Revolution Day and the National Day.

According to Colonel Phạm Tiến Cường, the director of the People's Army Cinema and also the director of the documentary, Con Đường Đã Chọn (The Chosen Path) features the long-term resistance wars of Vietnamese people against the French and the American invaders for the national independence, freedom and reunification.

The film also mentions the wars to protect the southwestern and northern borders, the constant fights to protect the national land and sea sovereignty and Viet Nam's support for Cambodians to escape genocide.

“Such events took place decades ago. Many Party, State, and military leaders, as well as major witnesses of such heroic and tragic times, have passed away,” he said.

“Although many domestic and foreign documentaries have told stories about the Viet Nam’s resistance wars, there is still a shortage for films that reflect systematically and objectively the Vietnamese fights for independence, freedom and reunification under the leadership of President Hồ Chí Minh, which has become a motivation for People's Army Cinema to make this documentary.

"It was produced over four years, from 2018 to 2021, by a team of professional filmmakers with deep experience in making war films and knowledge about historical documents,” he stressed, adding that the documentary is the longest and largest film project that has ever been produced by People's Army Cinema to date.

The Chosen Path also includes assessments and comments of many scholars, journalists, military specialists, and even the insiders on both fronts in order to offer objective views on Vietnamese strength and particularly, the vision of the Communist Party of Viet Nam in leading the people, the talents of the military generals and above all, the people's boundless sacrifices.

Each of its 22 episodes has its own name, corresponding to each historical period and conveying the thematic message: No force can stop the path a nation has chosen for itself to independence, freedom and reunification.

“That is the millennial aspiration of the Vietnamese people, the patriotic tradition and the will to fight against foreign invaders, which have been passed down by the ancestors. That aspiration was achieved by the Vietnamese people during the Hồ Chí Minh era and under the leadership of the Party who overcame many sacrifices and hardships to ultimately win the wars,” the director said.

Despite difficulties due to the complicated development of the COVID-19 pandemic, the film crews have fulfilled all missions so that the documentary could be released on the occasion of the 76th anniversary of the August Revolution (August 18) and National Day (September 2).

Several episodes of The Chosen Path have been shown on various domestic television stations like Vietnam Television Station, Vietnam National Defense Television and News Agency on the occasion of national holidays and anniversaries of the country and the army. — VNS 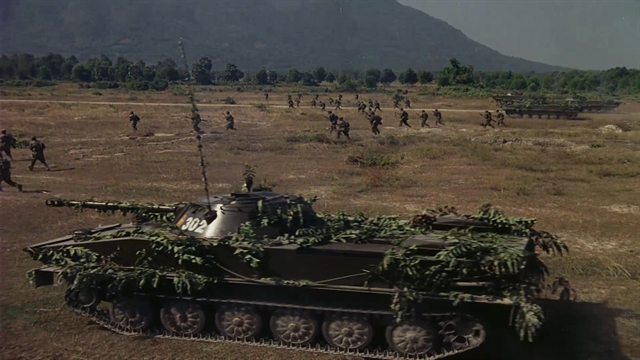 The documentary has been the longest and largest film project that has ever been produced by People's Army Cinema to date. — Photo toquoc.vn
RELATED NEWS
TAG:
Other news