As a child, Mikhail Morozov believed that people who lived near the beach were the luckiest in the world.

As a beach lover, the two-hour drive he and his friends had to take to get from their town to the coast was unbearably long.

“I always dreamed I’d be able to live near the beach,” Morozov, a Russian Tiktoker currently living in Vietnam, told Tuoi Tre News.

“In my hometown you can only visit the beach during the summer.

"When I was a kid, I didn’t realize there were places you could enjoy the beach all year.

"That’s why I call Vietnam the country of endless summer.”

Morozov, whose Tiktok account boasts over 521,000 followers, first arrived in Vietnam in May 2018.

Prior to landing at Cam Ranh International Airport in the south-central province of Khanh Hoa, Morozov’s only knowledge of Vietnam came from his brother who spent a year working as a tour guide in the Southeast Asian country.

“Everything was so different from what I had imagined,” Morozov recalled his first impression of Vietnam which, coincidently, was his first time outside of Russia.

“The first thing I noticed was the hot and wet air, and the next thing was the beautiful road from Cam Ranh Airport to Nha Trang City.

“When I finally arrived in Nha Trang, I saw the beautiful beach, modern buildings, and hundreds of motorbikes driving around.”

@rocococuibap is the channel Morozov and his Vietnamese wife, Nguyen Thi Cam Thuy, use to depict their life in Vietnam, including visits to local wet markets, learning to cook rice the Vietnamese way, and nourishing a love for boba tea.

The Nha Trang-based couple also run a series called 'When your wife is Vietnamese,' in which Morozov’s wife uses her 'magical skills' to help solve simple problems, from sealing an envelope with cooked rice to opening a sealed box without scissors.

Such entertaining videos have garnered a combined 10.1 million likes and thousands to millions of views each.

The most popular of his videos recently surpassed 27 million views.

According to Morozov, 75 percent of the couple’s audience members are Vietnamese and the rest come from around the world.

“We want to bring laughter to people with his sense of humor,” Morozov’s wife told Tuoi Tre News, adding that COVID-19 social distancing has offered them more time to stay home and develop their channel.

“We hope to entertain our audience as well as share my husband’s perspective on Vietnam through videos featuring our daily life,” Thuy said.

It does not take the couple much time to film the content for their channel, as long as they have the ideas for filming, she said. 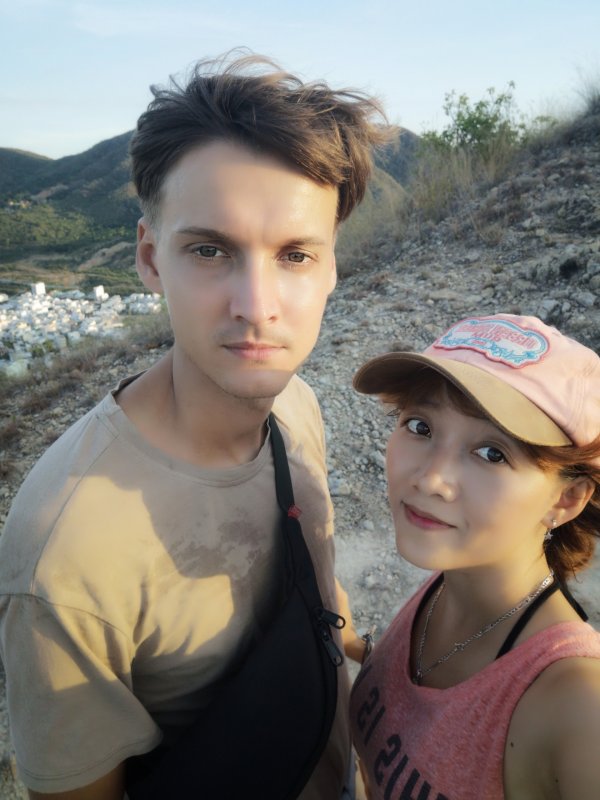 Sometimes the couple enlist a helping hand from Thuy’s twin sister when it comes to filming.

Thuy and Morozov met in August 2018. Their first date was three months later, on the same day Vietnam beat Malaysia at the 2018 AFF Championship, a Southeast Asian football tournament.

"Although he’s not a football fan and had no intention of joining the huge crowd of people celebrating on the streets, he was very excited filming everything to show his friends and family in Russia, and later we both joined the celebration," Thuy shared.

According to Thuy, her love for Morozov is rooted in the fact that the man "has the same personality and mind of Asians.”

As for where the couple will set their roots, they both seem content with settling down in Vietnam.

“My wife is one of the biggest reasons keeping me living here,” Morozov admitted.

After around three years in the Southeast Asian country, the 30-year-old Russian has considered Vietnam a good place for foreigners to live.

“Vietnamese people are nice and friendly," he remarked.

"The weather is good, the food is delicious, the cost of living is reasonable.

"Vietnam has so many different kinds of tourist destinations which are really beautiful and great to visit."

“In the summer of 2019, Thuy and I took a trip to Russia. We spent several days in Moscow and around a month in my hometown,” Morozov said.

“In Moscow, I had the feeling of being a guest, which was totally okay for me.

"It wasn’t until we got to my hometown that I finally felt ‘at home’ with my family and friends.

“After being at home around a month, we returned to Nha Trang.

"When we finally got back to Cam Ranh Airport, I felt relaxed in a way you can only truly feel at home.” 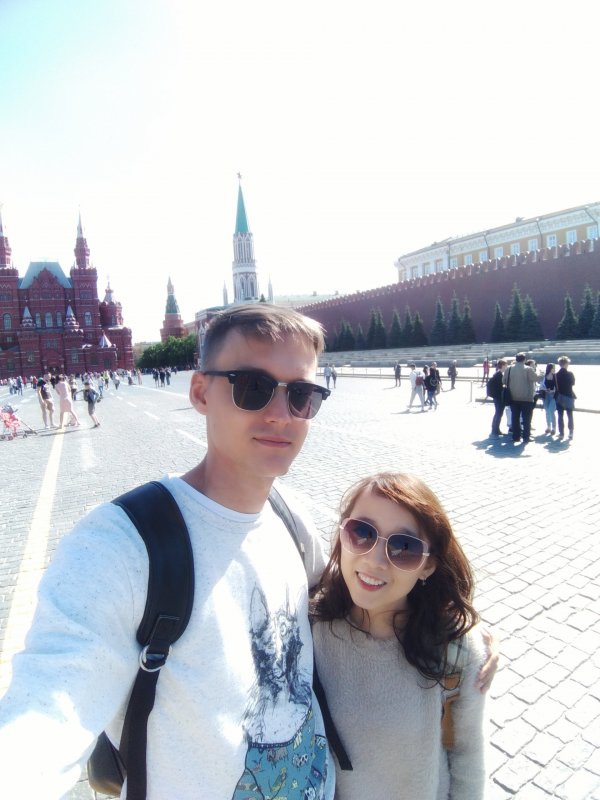 Mikhail Morozov and his Vietnamese wife Nguyen Thi Cam Thuy are seen in a provided photo during their trip back to Russia in 2019.