Craving for traveling amid social distancing period, young people create their own trips at home with simple props and smartphones. 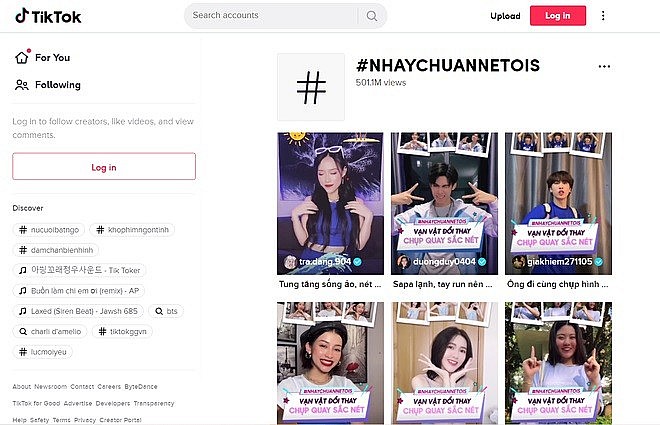 #NhayChuanNetOIS has been a trend on social video network TikTok. (Photo: Zing News)

A video challenge named #NhayChuanNetOIS (Sharp Dance with OIS) has been a trend on TikTok since early August. The challenge was held by Samsung to promote its new smartphone feature, which is optical image stabilization. Thanks to the dance's cheerful and exciting spirit, the challenge has attracted more than 5,000 videos from TikTok content creators and a total of 501 million views.

In addition to the meaningful message, Samsung's challenge prizes up to VND 200 million (US$ 8,696) for participants with impressive videos. 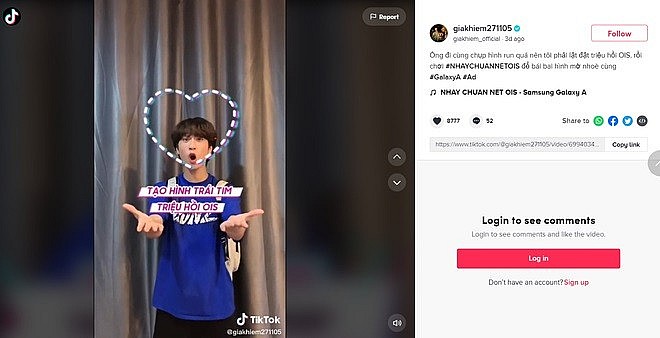 Vietnamese teens, stuck in lockdown, quickly took this trend and added their own isolated perspective. They play on the term 'staycation,' meaning to appear as luxurious traveler without leaving their bedrooms. Popular social media users created videos combining the challenge's requirements and creative depictions of imaginary trips, which spreads youthful, optimistic energy during this troubled time. Their videos include catchy music, vibrant and lovely dances to remind of tourist destinations such as Nha Trang, Hanoi, Sa Pa, Phu Quoc, Shanghai, Thailand, Korea.

The year 2021 may be an unforgettable memory for many people due to unprecedented changes. Big cities such as Ho Chi Minh City, Hanoi, and Da Nang have been 'resting quietly' for more than 2 months because of social distancing. Having to stay at home for too long, Vietnam's Generation Z is using their social media as a creative outlet. 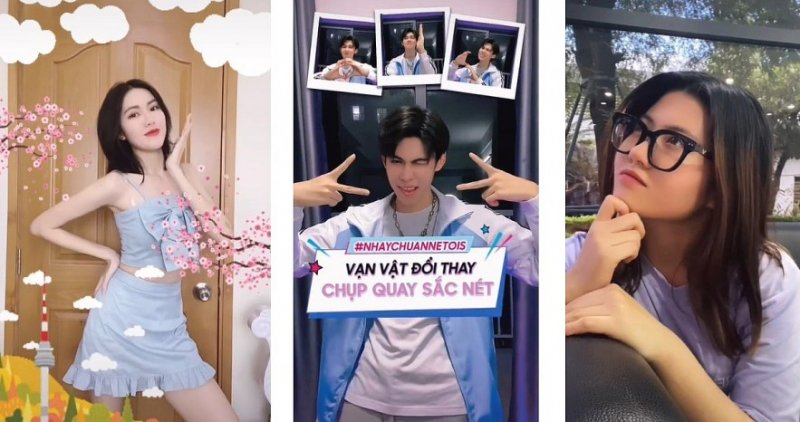 Samsung's challenge prizes up to VND 200 million (US$ 8,696) for participants with impressive videos. (Photo: Zing News)

Tra Dang's 'beach trip' is among the most trending TikTok's staycation videos. The video has earned 1.1M views and 30,000 likes thanks to her confidence, vibrant outfit, and youthful choreography on catchy music. The girl humorously included the scene when the camera was shaken by an ocean breeze as if she had been standing on a real beach.

Duong Duy's 'trip to Sapa' video is no less attractive. Thanks to his handsome look and shining smile, the video has gained nearly 700,000 views.

TikToker Gia Khiem has one of the videos with the highest views. The young man who has 1.6 million followers on Tiktok is known for his acting skills and natural charm.