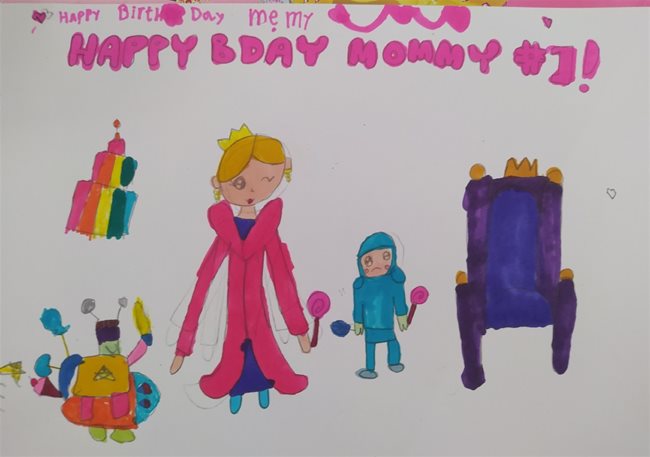 A birthday card made by my children - PHOTOS: HARRY HODGE

HCMC - I’d love to tell you that I was going out to buy all essentials during this pandemic, which is somewhat true, but… I had other motives.

My wife’s birthday. I wanted to get a cake. Let the comments begin. Half of the trolls don’t have children who have been off school since the beginning of May, being taught and fed by their moms and dads. Those parents have been putting in the time, but no wise-ass remarks here. You do you.

While I understand the (majority of the) public’s interest in quashing the pandemic and avoiding unnecessary item shopping, I went on two trips in two days (heresy!) which was partly justified; I missed some items the previous day and then… I wanted to buy supplies for a birthday cake.

Some will argue: There are people selling (are they supposed to?) cakes online! Buy one of those! This is what it has come to online; defend yourself, because we’re coming. No other reason needed.

The truth of the matter is, yes, we looked… Despite my hopes to try to make it a surprise for My’s birthday. The cakes we saw were either underwhelming or overpriced. This launched my decision to go on a supply mission.

I’ve barely left my area in over a month. The Citimart, roughly three kilometers up the road, has been the farthest I’ve ventured since the end of June. Those trips I grit my teeth in fear that I’ll get stopped by police, asking for a paper that I don’t have (and may not exist?) to explain why I’m outside.

Anyway, back to the cake; this part of the ride really hit me. Phu My Hung is extremely different from how it looked when I was still working in the neighbourhood less than four months ago; the “for rent / cho thue” signs are everywhere; the streets are empty. I carried on driving, just looking to see what was open.

Some supermarkets were open, but the lines to shop were dozens deep; it occured to me, everything is bigger than what I want. I kept driving, I passed Riviera Point but the sidestreet nearby had local people lining up to apply for government allowances, since many people in the city have been off work for months now. My needs seemed trivial at this point. 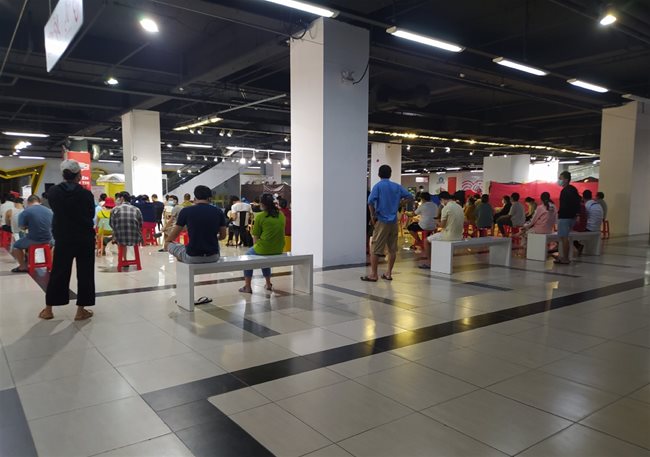 People queue up in long lines at the supermarket
RELATED NEWS
TAG:
Other news