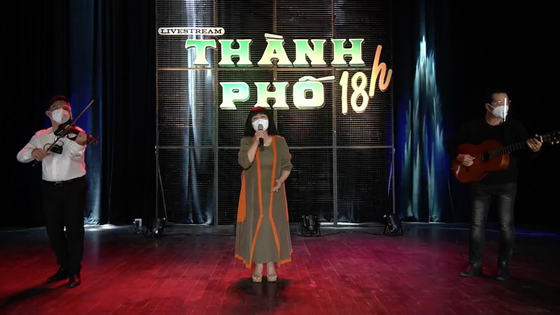 HCM CITY — A livestream show produced by T Production and its partners called Thanh Phố 18h (HCM City-18pm) highlights stories from doctors, nurses and artists who have been working together to boost morale and help in the battle against the COVID-19 virus, with the city deep in lockdown.

Stories by city celebrities who have helped the city's medical staff test people in blockaded areas are also featured.

Quỳnh Hoa, the show’s producer, said that more than 130 fashion models and artists in different fields have been participating in humanitarian works to lessen the hardship of citizens in isolated areas.

They have volunteered to work as coordinators for the vaccination programme, go shopping for quarantined people, and visit locked-down areas to take samples for COVID-19 testing.

“Through our show, we want to encourage people and inspire love, unity, mercy, energy and belief in the COVID-19 fight,” she said. 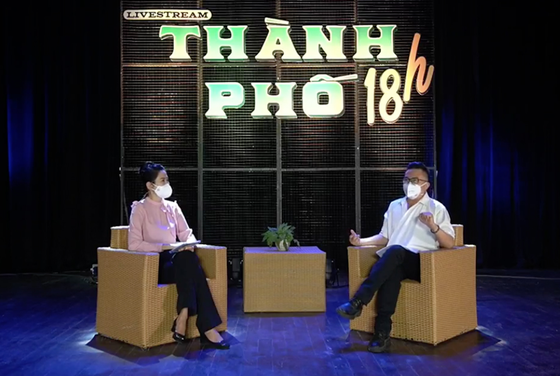 The show, Thanh Phố 18h (HCM City-18pm), features stories and experiences shared by doctors, nurses, volunteers and artists who have been working together to boost morale and help in the battle against the virus, with the city deep in lockdown. — Photo courtesy of the producer

“Appearing in Thanh Phố 18h is a chance for me to help people during the pandemic,” said singer Truc Nhan.

“Many fans have sent comments to encourage the show’s artists and myself in particular.”

The second episode of Thanh Phố 18h is scheduled for August 16. It will be released every Monday and Saturday on fanpages of the Viet Nam Young People’s Association, HCM City Youth Union and Yeah1 TV, Yeah1 Music. — VNS