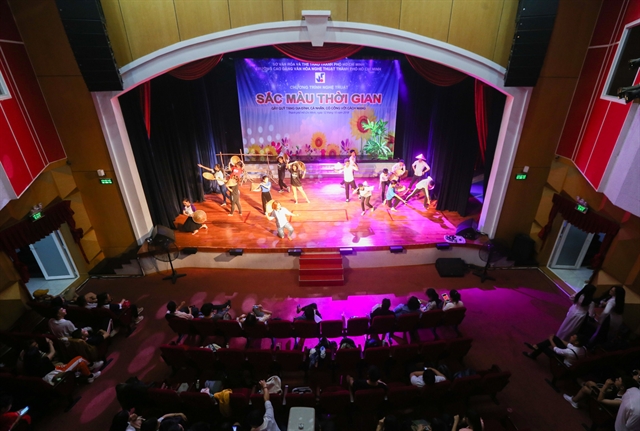 Many young composers and singers work with the Viet Nam Music Copyright Centre to protect their rights. Photo courtesy of  the HCM City Musicians Association

HCM CITY  The Viet Nam Music Copyright Centre collected VNĐ37 billion (US$1.6 million) in royalties for registered composers and songwriters in the second quarter of the year.

The amount of royalties collected were mostly from the use of online MVs and CDs, and music websites, according to a representative of the centre, which is a member of the International Confederation of Societies of Authors and Composers.

“The results came from our working with audio streaming platforms, video sharing and social media platforms, and video-sharing social networking services such as Spotify, TikTok, YouTube and Facebook to improve our business,” said the centre's director Đinh Trung Cẩn.

The centre, Viet Nam’s first organisation to protect songwriters and composers from copyright infringement, has attracted more than 4,600 members nationwide and has signed more than 1,700 contracts with music producers and entertainment companies.

It has also collected and paid royalties to nearly 3 million foreign citizens and foreign organisations through its foreign counterparts.

The centre updates information about authors and their works regularly on CIS-Net (a network of databases provided by CISAC) and MIS-Asia (copyright alert system) according to international standards. This allows copyright organisations worldwide to search for information about Vietnamese authors and musical works.

It has also established a network of representatives in cities and districts throughout the country who directly manage licences and collect royalties.

Its new partners include SAZAS of Slovenis, STEF of Ireland, SAYCE of Ecuador, BSCAP of Belize, RSAU of Rwanda, and UNISON of Spain.

“Thanks to the centre, I have earned money from my music despite the COVID-19 pandemic,” said composer Nguyễn Văn Chung of HCM City. Chung composed more than 300 songs.

“The local industry has developed more quickly due to the growth of digital music companies and online music sites,” he said. — VNS