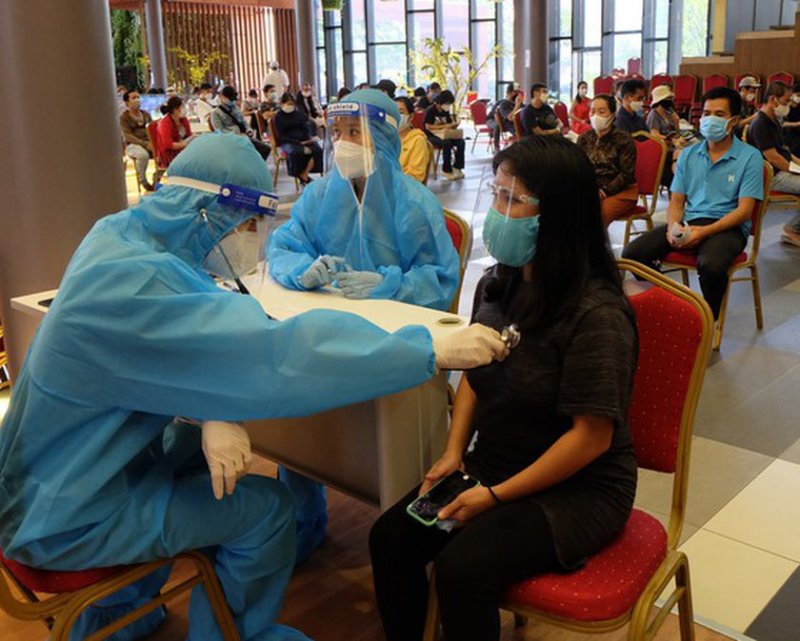 At the vaccination site at the Phu My Hung Sale Gallery in Tan Phu Ward, many foreigners were early present and strictly complied with social distancing measures, directions and specifications under the prevention and control of Covid-19.

Tan Phu Ward has about 8,000 foreigners of 70 foreigners of various nationalities. Most of them are Korean people. They are mainly living in apartments. The local authorities coordinated with the management boards of apartments to inform immunization schedules in Vietnamese and English languages, said Chairman of the People’s Committee of Tan Phu Ward, Tran Quang Quynh.

According Chairwoman of the Tan Phong Ward Nguyen Thi Kim Thanh, there are nearly 7,000 foreigners who are mostly living in three quarters in the Phu My Hung Urban Area.

Mr. Kim Myung Wan, 53 and his wife who are South Korean have lived in District 7 for nearly 15 years received Covid-19 vaccines at the Ben Du Thuyen (SaiGon South Marina Club) in Tan Phong Ward. He expressed his thanks to the Vietnamese Government to organize vaccination program for foreign people in the city.