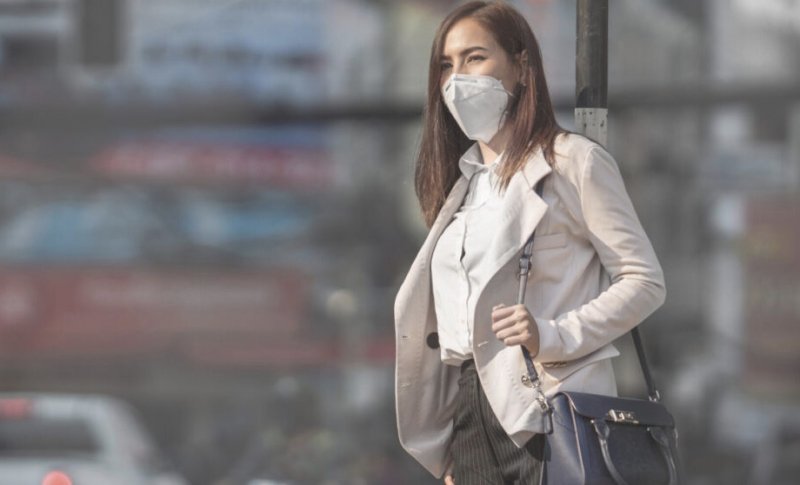 The buildup of antibodies in the lymph nodes may result in them becoming enlarged. This can lead to breasts feeling larger for a short time following a COVID vaccine

Some women who received the Pfizer or Moderna COVID-19 vaccines have reported side effects that resemble breast cancer symptoms, Global Business Magazine citing a report from Nautilus, a science magazine

In addition to experiencing disproportionately severe side effects compared to men, along with abnormal menstrual cycles, doctors have also seen female patients develop swollen lymph nodes after receiving the vaccine. This has some people speculating that the COVID vaccine can make your breasts larger.

Swollen lymph nodes can be an early sign of cancer—particularly when the swelling occurs in the armpit on one side of the body—but there are other reasons behind the condition, such as when the body is fighting off a cold or an infection.

Instances of swollen lymph nodes following a COVID-19 vaccination have a relatively straightforward explanation, one which thankfully doesn’t involve cancer.

The mRNA vaccines deliver a small amount of genetic code to instruct cells how to replicate the virus’ surface protein “spike,” which in turn activates the immune system. Lymph nodes contain B-cells that use this information to generate antibodies in response to a foreign entity. The buildup of antibodies in the lymph nodes may result in them becoming enlarged. This can lead to breasts feeling larger for a short time following a COVID vaccine, but it is not cause for undue concern.

The Centers for Disease Control and Prevention documented 11% of patients with swollen lymph nodes after their first shot of the Moderna vaccine. Sixteen percent of patients experienced swollen nodes following their second shot. The swelling typically occurs two to four days after injection and can last between four and 12 weeks.

Some doctors have expressed concern that women who experience swollen breasts as a side effect of the COVID vaccine may undergo unnecessary diagnostic tests to check for breast cancer.

“It is important to recognize that lymph nodes may become enlarged for a number of reasons having nothing to do with malignant disease, including in patients known to have cancer,” Dr. Maurie Markman, president of Medicine and Science at Cancer Treatment Centers of America, wrote in a blog post. “If someone is concerned, it is always reasonable to check with a physician.”

But in at least one case, the swollen lymph node side effect caused by the vaccine reminded a woman to check the rest of her body. She discovered she actually did have breast cancer.

The American Cancer Society and the Society of Breast Imaging are among several public health agencies that recommend women planning to get a mammogram do so before receiving the vaccine. If they must get screened after a vaccine, experts advise waiting between four and 12 weeks.

Even in patients not experiencing swelling or tenderness, it’s still possible for enlarged lymph nodes to show up on a mammogram—potentially triggering a false positive.

“If it’s within four weeks after your vaccination, then you have a higher chance of having enlarged lymph nodes on the side where you have the vaccine,” Dr. Hannah Milch, a radiologist and assistant clinical professor at the UCLA David Geffen School of Medicine, told ABC 30 News. “If you have it in your left arm, the lymph nodes in your left armpit may be bigger than normal. This is a body’s normal response. It’s doing what it should do, and it will go back to back down in size.”

Milch said she’s been seeing patients with swollen lymph nodes at least once or twice per week. The condition isn’t unique to the COVID-19 vaccines, according to Milch. She sometimes sees it in people after getting their annual flu shot, though she says that during “flu vaccine season, I probably see it like twice total.”

“You can tell the technologist that you just had the COVID vaccination, and which arm you had it in and when. So they can document that,” Milch said. “If somebody gets a screening mammogram and we see enlarged lymph nodes, we ask them to come back for an ultrasound usually, and we take another look.”

Milch also said breast cancer survivors should request their shot be administered on the opposite side of the body from where the cancer was diagnosed.

“If somebody comes in, and they have enlarged lymph nodes, let’s say, on a side where they had cancer in the past. That might send off more alarm bells [than] if they had no history of cancer,” Milch said. “So we take that very seriously. Having said that, it’s perfectly possible if they get a vaccination in the same arm as the side where their breast cancer was that they will have the same reaction as somebody who did not have a history of breast cancer.”