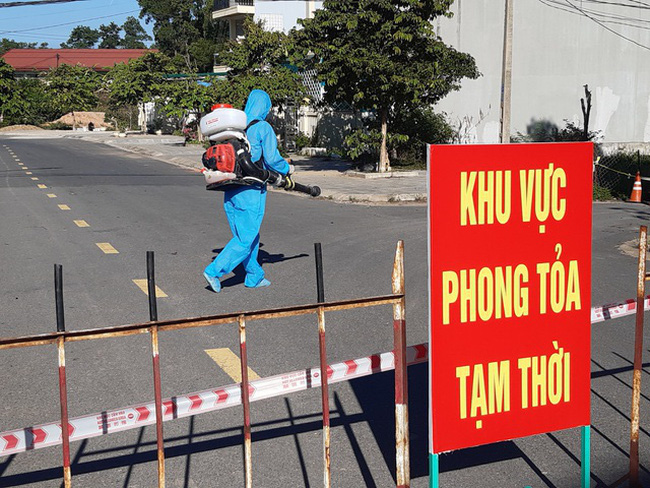 A director of a cooperative in Ho Chi Minh City has been slapped with a fine of VND7.5 million (US$326) for issuing a permit to help his daughter dishonestly pass COVID-19 checkpoints.

The penalty was concluded at a working session on Monday between officers of Phu Nhuan District and Nguyen Dang Thanh, director at Phu Nhuan Environmental Cooperative, and his daughter, N.N.A.X.P.

According to Thanh, he recently asked P. to support him in dealing with the heavy workloads of his cooperative although the daughter is not an employee of the firm.

While preparing documents for Thanh, P. saw a ready-to-fill confirmation form, which was supposed to be provided to Phu Nhuan Environmental Cooperative’s sanitation workers for traveling through COVID-19 checkpoints.

P. filled out the form, took a photo of it, not forgetting to cover such fundamental information as “the permit is only applied to sanitation workers” and her address, before uploading the photo on her personal Facebook account on July 14 to show off.

“Daughter told mother yesterday that she wanted to go home but was afraid of being fined VND3 million [for going out unnecessarily], only just 20 minutes later, father sent a ‘travel pass’ with a valid period of 15 days to his daughter and son-in-law ^^ [line break] Feel free to use it now,” reads the caption P. wrote for her photo. (VND3 million = $130.5)

Speaking at Monday’s working session, Thanh and P. stated that she merely did as aforesaid to show off but did not use the permit in real life.

Thanh said he acknowledged all responsibility for the incident and would comply with the handling of the authorities, while P. added that she already removed the post on her Facebook account after realizing that her behavior was wrong.

Phu Nhuan District authorities decided to impose an administrative fine of VND7.5 million on Thanh for “not complying with measures to prevent and control infectious diseases at the request of competent agencies and organizations.”

The functional forces also asked Thanh to stop issuing ready-to-fill permit forms to his employees and withdraw already-issued ones.

The authorities requested the director to only provide travel permits to his workers on a case-by-case basis, with all information being typed, not written by hand.

People in 19 southern Vietnamese localities, including Ho Chi Minh City, are currently requested to only go out to work at essential businesses, buy food and medicine, and seek hospital treatment as per the social distancing rules under the government’s Directive No. 16, to help curb the spread of COVID-19.

They have to exhibit permits or related documents stamped by their companies or competent agencies to officers at COVID-19 checkpoints to prove their travel is essential.