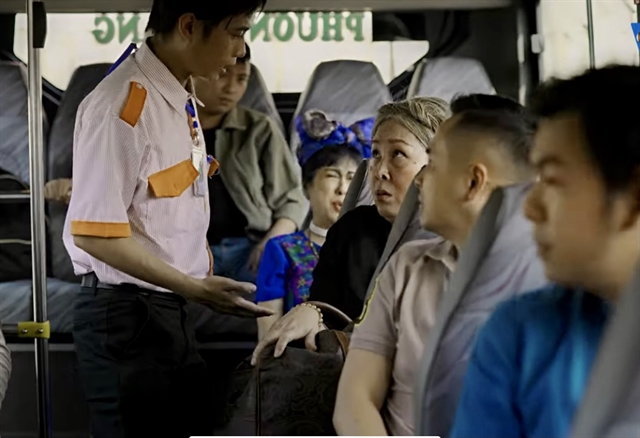 HCM CITY — Vietnamese artists are releasing comedy and romantic web series on YouTube as a way of entertaining audiences and encouraging them to stay at home during social distancing.

“I believe the film will not only bring joy and fun to stay-at-home audiences during social distancing days, but also convey meaningful and humanitarian messages,” said Van, 55, owner of Phu Nhuận drama theatre.

She added: “Through the filmmaking, I have created opportunity for young artists from my theatre who haven’t been on stage for months due to COVID-19 to have a job as well as satisfy their passion for acting.”

The series is about a sick mother, and a chicken seller and her adopted son named Đại Ke, who frequently quarrel with each other but love and help each other  day by day.

The first part of Đại Ke Chạy Đi was released on YouTube last April, earning more than 30 million views for six episodes, while the second part released in July had 12.5 million views.

In March, Van introduced her third web series called Mẹ Mẹ Con Con (The Game of Love), focusing on fights among members of a wealthy family.

The 11-episode production has attracted more than 8.8 million views.

“My staff and I have worked so hard to bring real lives into our web series, highlighting Vietnamese traditional culture and lifestyle,” said Van, who began her career as an actress at the Small Theatre of HCM City in 1989.

She is the current owner of the city’s two leading drama troupes of Hồng Van and Phu Nhuận, where several talented actors have been trained and achieved success.

The comedy series Trời ơi! Tuc Muốn Chết is expected to be broadcast on Van’s YouTube channel this month. 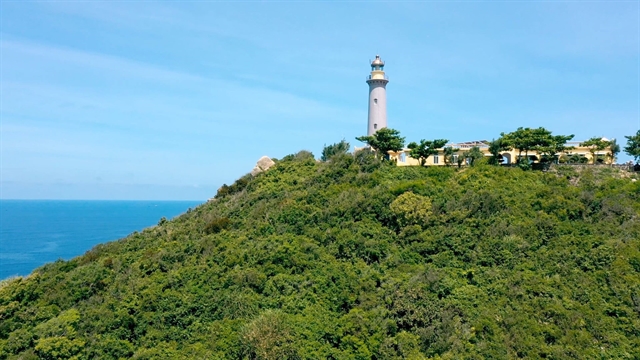 Hậu Due Của Biển (Descendants of the Sea) features scenes of Vietnamese landscapes with sea, beaches and mountains shot in Phu Yen Province. Photo courtesy of the producer

While waiting for Van’s new comedy, the most-viewed web dramas like Hậu Due Của Biển (Descendants of the Sea) and Bí Mật 69 (Secret No 69) may be good choices for audiences at home.

Hậu Due Của Biển, a production of MCV Media, features young people in a fishing village, where their ancestors settled and lived by catching fish for years.

It explains how they preserved their families’ tradition of being strong fishermen to protect their sea and their love.

They have portrayed the beauty of Vietnamese landscapes with sea, beaches and mountains through beautiful scenes shot in Phu Yen Province.

Hậu Due Của Biển has been praised by the media and the public, receiving thousands of positive comments on the producer’s YouTube channel.

Viewer The Fatty Look said: The actors acted very naturally, suitable for the sincere and rustic sea scene. The movie appeals to me!”

The six-episode production premiering on May 28 has attracted more than 14.7 million views.

Bí Mật 69 featuring fatherhood has earned more than 12.1 million views for five episodes since its premiere on June 9.

The film, a production of actor Huy Khanh, who is also its director, tells a story of a single father who learns to raise his child and heal his internal wounds after his wife leaves him.

Khanh, who also played the father, wants to send a message that family is a perfect 'hospital' to heal all our internal wounds. "I hope my film can bring joyful and thoughtful moments to audiences.”

The film took Khanh and his staff only 10 days to complete filming.

The actor, who has 20 years of experience in the movie industry, said he faced difficulties while making the film amid the pandemic, but his love and ambition for his first project led to success.

“I’m tired but happy. I’ll take a rest and think of my next project,” said Khanh. VNS