Sung Nghiem Pagoda used to be a Buddhist centre of Viet Nam during the Trần dynasty. Photo haiduong.gov.vn/

HẢI DƯƠNG  Archaeological exploration and excavation work at three ancient pagodas in the northern province of Hải Dương has been licensed by the Ministry of Culture, Sports and Tourism.

The work at Sung Nghiem, Huyền Thien and Thanh Mai pagodas will be carried out by the Hải Dương Provincial Department of Culture, Sports and Tourism in coordination with Viet Nam Archaeological Association, from July 15 to October 15

The excavation over a total of 420sq.m, the vast majority at Thanh Mai, will be presided over by Dr Bui Văn Liem from the Viet Nam Archaeological Association

According to the Ministry of Culture, Sports and Tourism, the licensed agencies must protect the stratigraphy of the areas and explain the excavation to locals people to raise their awareness of local cultural heritage. Additionally, they are not allowed to announce the results of the excavation without the agreement of the governing body and the Department of Cultural Heritage.

Meanwhile, the Hải Dương Provincial Museum and the Department of Culture, Sports and Tourism are responsible for preserving the artefacts collected during the excavation and submitting a report on how to protect the artefacts to the ministry.

After completing the exploration and excavation, the Hải Dương Provincial Department of Culture, Sports and Tourism and the Viet Nam Archaeological Association have to make a preliminary report and propose a plan to protect the area that has been explored and exploited. 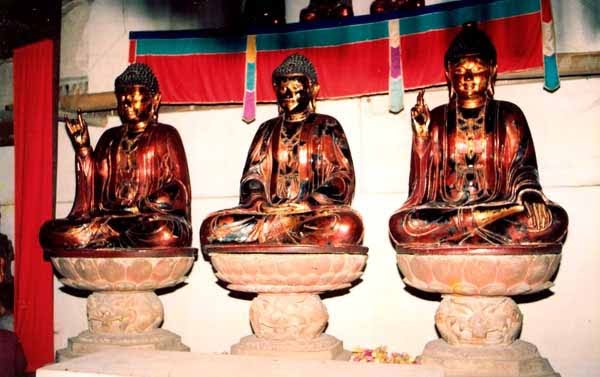 The pagoda was frequently visited by the monks of Truc Lam Zen to preach as well as queens and concubines of the Trần dynasty to enjoy the scenery and conduct ceremonies to pray for prosperity. At that time, the building consisted of more than 100 rooms, however, it was burned down by French troops in 1947. Now the pagoda only preserves some remaining traces and artefacts.

Located on Ông Sư Mountain of Phượng Hoang Range in Chí Linh District, Huyền Thien Pagoda has original architectural works that harmoniously combine with the surrounding natural landscape. It was one of the largest buildings of Viet Nam during the Lý-Trần dynasties.

Over nearly a thousand years, the pagoda has suffered from severe degradation, damage and been abandoned for a long time before a smaller version was rebuilt by locals. Thanh Mai Pagoda is within the system of pagodas belonging to Truc Lam Yen Tử Zen Buddhism. The structure was built in the 14th century on the slopes of Thanh Mai Mountain. After being renovated and expanded by the Second Patriarch Phap Loa, Thanh Mai Pagoda developed and became the ancestral place of the Truc Lam Zen sect.

The pagoda attracts visitors thanks to its unique cultural values and surrounding scenic landscape. It was recognised as a national historical site in 1992. VNS