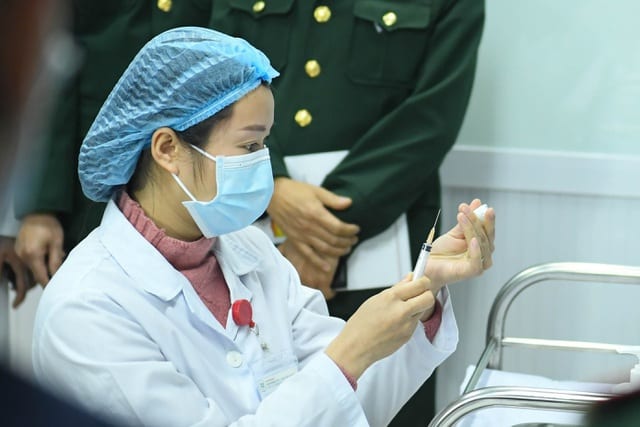 According to a plan approved recently by the Ministry of Health, the nationwide inoculation program that starts this month with 19,000 vaccination stations across the nation will last until April 2022.

These stations would go up at either public or private facilities managed by both medical and non-medical sectors.

For now, priority would be given to four groups of cities and provinces: the most infected, major economic hubs, localities home to industrial zones and highly populated, and those hosting international border gates and usually receive foreign arrivals.

Inside these localities, there will be priority groups.

Among them are medics working in both state-owned and private healthcare facilities; those joining the force to prevent Covid-19, including people working at quarantine camps, volunteers and reporters; military personnel; police officials; people working in the diplomatic sector that usually travel abroad; customs officials; staff working in sectors that provide essential services including aviation, transportation, water and power supply; teachers and students; those who have chronic diseases or are above 65, and those living in heavily infected areas.

Minister of Health Nguyen Thanh Long emphasized vaccines are a necessary and important solution to the prevention of Covid-19 and socio-economic development.

Countries around the world have already launched the largest vaccination program in human history and in Vietnam, the ministry has made efforts to access vaccine supplies through different channels, he said.

So far, about 105 million doses from many sources have been committed for distribution in Vietnam, he said.

The nation started vaccinating its people in March using the AstraZeneca vaccine.

Over 3.98 million people of the 96-million population have been vaccinated to date, with 249,532 having received two shots.