Home / Life
World Cup Final Qualifying Round What Are The Chances For Vietnam
duonghanhnguyen 6-07-2021, 15:23

Vietnam's football team has entered the final qualifying round of the 2022 FIFA World Cup. What does the team need to compete with the strongest components on the continent? The draw for the final round of the Asian Qualifiers for the 2022 FIFA World Cup was held earlier this month, witnessing the Vietnamese side being joined by Japan, Australia, Saudi Arabia, China, and Oman in Group B. Group A promises to be much tougher with the presence of the continent’s second-ranked Iran, the Republic of Korea (ROK), the UAE, Iraq, Syria, and Lebanon.

As the lowest-ranked team in the draw based on the FIFA World Ranking, it seems almost impossible for Vietnam to compete for one of the top two places in the Group for the automatic slots in the World Cup finals, or even the third-place finish for the play-offs.

Not to mention the Asian powerhouses, even against the UAE, the team was placed in Pot 3 for the abovementioned draw, behind Japan, Iran, the ROK, and Australia. Thus the Vietnamese team still has to make a lot of efforts to gradually approach their level, according to Nhan Dan.

Head coach Park Hang-seo also admitted a reality that rivals in the last qualifying round are all considered stronger than his side, and it is a valuable opportunity for Vietnam to play against them. “This will be a good chance for Vietnam to learn more from other teams and improve their profession,” he said after the draw. 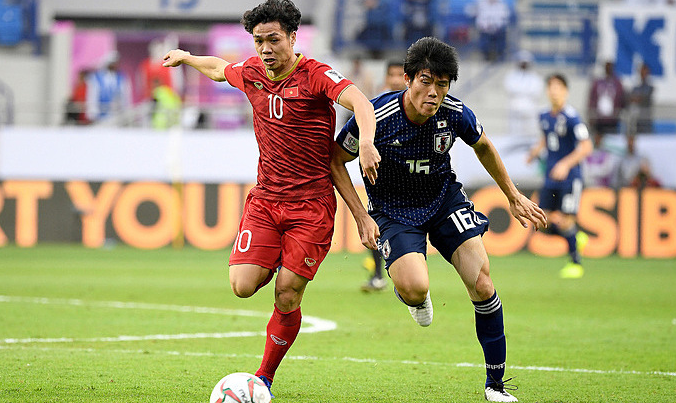 "Vietnam can cause some shocks"

For Vietnam’s chance in the final round of the 2022 World Cup qualifiers, where they are in group B with Japan, Australia, Saudi Arabia, China, and Oman, football expert Doan Minh Xuong said Vietnam should be realistic.

"I must say this is the most successful landmark in the history of Vietnamese football. It surpasses the success of the AFF Cup title, SEA Games gold, or being runner-up at AFC U23 Championship in 2018. It can create an effect on the development of tournaments, clubs, and players."

Via the final qualification round, he said, Vietnam will know where they stand on the Asian football map. Vietnamese football is having its most talented generation yet, and in the next 10 games, people will know the true level of this generation.

Australia’s Sydney Morning Herald on July 1 ran an article saying Vietnam can cause some shocks on its first appearance in the final stages of World Cup 2022 qualifiers. The article said that as one of the fastest-growing football countries in Asia, Vietnam has invested a lot in football programs and their promising youth are now advancing to the senior team, they have incredible talents like Nguyen Quang Hai. "Except for Vietnam and Oman, all group B teams had played at World Cup before. We can dream, but we also have to be realistic. The level of other teams is above Vietnam. Perhaps, we should focus on beating teams like Oman and China so we could avoid ending at the bottom. This round is the premise for Vietnam to evaluate their level accurately and aim for the next World Cup in 2026, where Asia will have 8.5 slots instead of the present 4.5," VN Express quoted the expert.

Therefore, this is still a very good opportunity for the Golden Star Warriors to compete against the strongest teams in Asia and gain valuable experiences for their development. It also provides a premise to achieve further goals in the long-term plan of Vietnamese football.

Regardless of the final result in the upcoming qualifying round, with at least 10 qualifying matches to be played by the Vietnamese team from the beginning of September this year to March 2022, this is a "golden" opportunity for the players to practice and accumulate experience to become more mature in the future. And then, the 2026 FIFA World Cup may be the right time for them, when the tournament increases the number of participating teams from 32 to 48, with 8.5 slots for Asian representatives, instead of the current 4.5, said Nhan Dan. 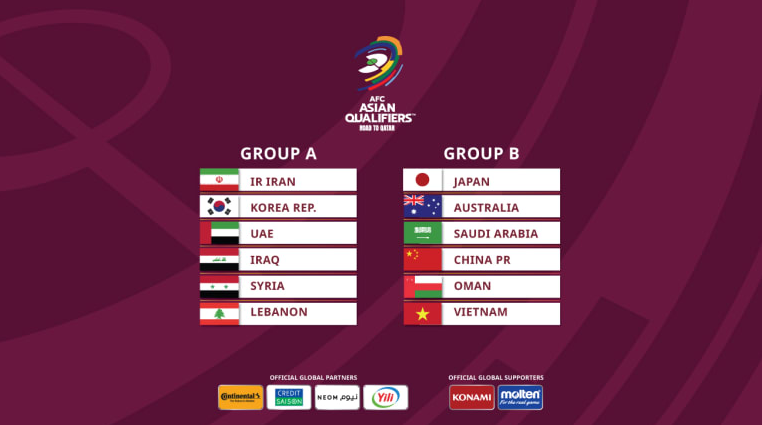 How is the team preparing?

Currently, the whole team has finished their concentrated medical isolation period after returning from the successful second qualifying round campaign in the UAE. The players will soon return to practice to catch up with the V.League spin. There is not much time left for the final qualifying round. With less than three months to go, the squad cannot expect an immediate change, especially as key midfielders Hung Dung or Tuan Anh will not soon return from injuries.

Expert Doan Minh Xuong gave some suggestions on how Vietnam should prepare for the final round, set to begin in September. "Firstly, we need to adapt quickly to the tough upcoming schedule that bounces between the club and national team football. Secondly, Vietnam needs more options to fill in the absence of Nguyen Hung Dung and Nguyen Tuan Anh in the midfield. Without these two, our defensive ability in the midfield is significantly reduced."

If the two players don’t recover and return soon, coach Park Hang-seo should give the chance to the young players he brought along for the second qualifying round in June but didn’t use, Xuong said.

The 12 teams of two groups will play home-and-away, round-robin matches. The top two teams of each group will qualify for the 2022 World Cup in Qatar, while the two third-placed teams advance to the Asian playoff to battle for a spot in the intercontinental playoff.

Vietnam will play the first game of the final round on Sept. 2 against Saudi Arabia.