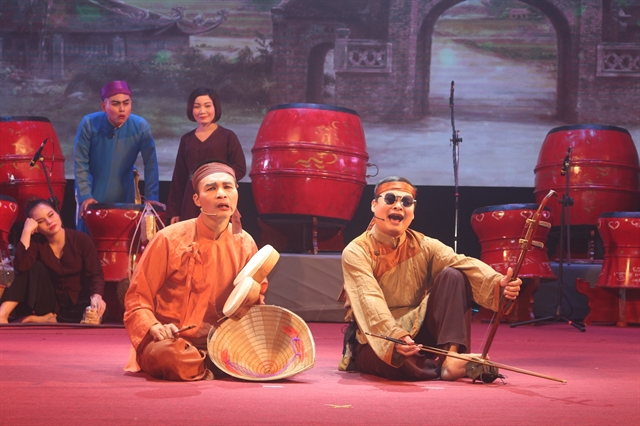 Cultural and creative industries have suffered, with the performing arts sector one of the worst hit by the pandemic. VNA/VNS Photo Đại Nghĩa

HÀ NỘI  Performing artists and tour guides who have been affected by the COVID-19 pandemic should be added to the Government's list of financial aid beneficiaries, according to a recent proposal from the Ministry of Culture, Sports and Tourism.

The document states the Government and the Prime Minister have issued many policies to support people and businesses facing difficulties due to the impact of the COVID-19 pandemic in recent months.

However, there have been no supportive policies for the performing arts and tourism sector that have suffered severe effects. The activities of the two sectors have almost been frozen since the outbreak of the pandemic at the beginning of 2020, it noted.

The Ministry of Culture, Sports and Tourism proposed to the Ministry of Labour, War Invalids and Social Affairs that artists whose salary is lower than the regional minimum wage receive financial aid of VNĐ1.8 million (US$78) each month. The support would be provided for three months and paid once.

According to Trần Ly Ly, director of the Viet Nam National Opera and Ballet, it is an obvious fact that many Vietnamese artists cannot make a living from their profession, particularly those in traditional art forms such as cheo (popular opera), tuồng (classical drama) and academic arts such as opera, symphony or ballet.

Currently, Viet Nam has 100 public non-business units engaged in performing arts, excluding armed forces art units, with more than 2,000 officials whose salaries are lower than the regional minimum wage. They have struggled to make ends meet as the pandemic has caused the suspension of all performing activities. 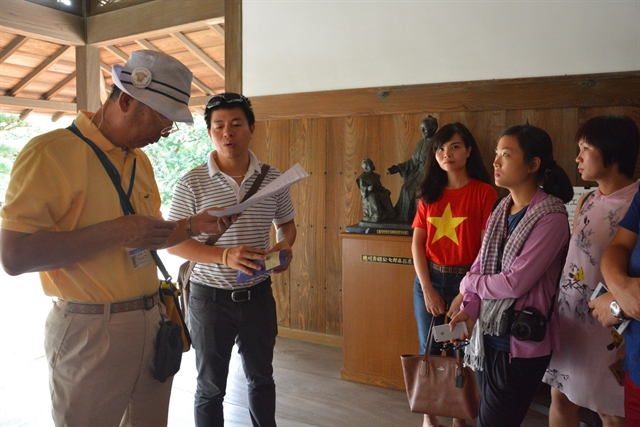 Many Vietnamese tour guides have lost their jobs during the pandemic. Photo vietnamplus.vn

The proposal from the culture ministry also calls for financial aid for tour guides who have lost their jobs due to the pandemic. Similarly, each of them would receive VNĐ1.8 million per person each month, provided for three months and paid once.

The proposal states tour guides have lost their jobs as tourism activities have been stalled since the outbreak of the pandemic in early 2020. Meanwhile, the government list of financial aid beneficiaries does not specifically include tour guides so they have not received any support.

According to the Ministry of Culture, Sports and Tourism, these tour guides have made an important contribution to the development of the tourism sector, bringing benefits to the country's economy.

“When many tourism activities have been frozen and tour guides have not received any support, many of them have been forced to take other jobs to make ends meet. The risk of a shortage of human resources in the tourism sector is obvious when the pandemic is under control and tourism activities resume,” he said.

He also emphasised the importance of simplified procedures so tour guides will not encounter any difficulty in assessing the support.

Many people have argued that not only artists but also many other professions have been seriously affected by the pandemic, and they need government help too.

“I think that it is better to give priority to disadvantaged manual labourers. There are in fact many others who are more miserable than the artists like the homeless elderly or lottery ticket sellers who have no stable source of income and need help during this pandemic,” said Bui Tuyết Loan, a resident of Ha Noi's Hoan Kiếm District.

However, many others have voiced agreement with this proposal.

“Besides popular artists who are already well-off, paid a lot of taxes and certainly won’t receive the subsidies, many others still have difficult lives like artists of traditional art forms and those in the category of public employees. It is only a proposal so it is necessary to consider each subject carefully in order to ensure fairness to all classes of people," commented a netizen.

“I think the proposal is reasonable. The financial aid should be deducted from the state budget to support the artists in overcoming such a difficult time. They have significantly contributed to society on the cultural field so they deserve it,” Nguyễn Thị Nga, a housewife in the capital's Cầu Giấy District, said. VNS