A baker in the Mekong Delta is wowing customers and netizens alike with her Vietnamese-culture-inspired cake designs.

Lam Ngoc Tran, a 36-year-old baker from the Mekong Delta province of An Giang, has spent the past 20 years bringing many inanimate objects alive through wonderfully designed cakes.

In Vietnam, 'cake art' is still a relatively obscure art form due to a tropical climate that makes working with and preserving over-the-top cakes quite difficult. 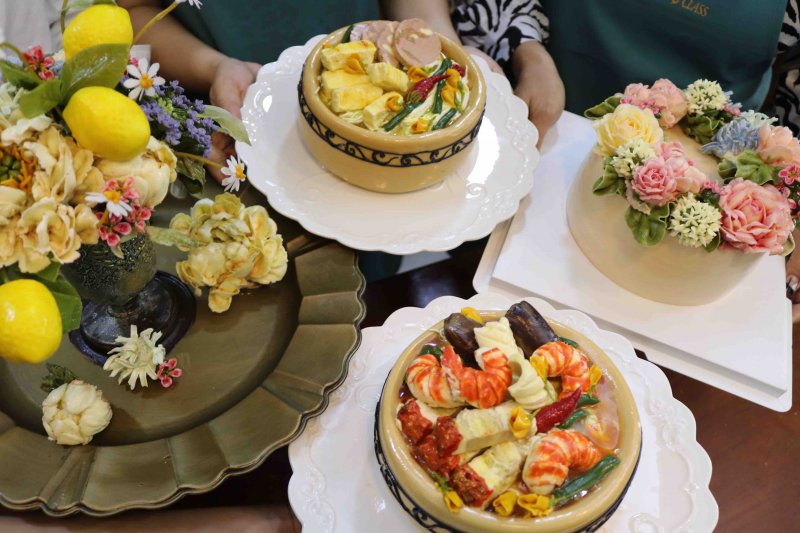 Still, despite the obstacles posed by the local climate, Tran has managed to build a reputation for herself both in and out of the country, cementing her position as a leader in Southeast Asia's baking scene with gold medals in the 2019 and 2020 Cake Fiesta Manila Competitions held in the Philippines.

When she is not standing atop competition podiums, Tran stays busying running a baker in An Giang and commuting to Ho Chi Minh City three to four times a week to teach a cake decorating class.

Tran spent her early days as a baker sticking to traditional cake designs.

Then Tran moved to Canada six years ago to open her eyes to just how diverse the world of baking truly is. 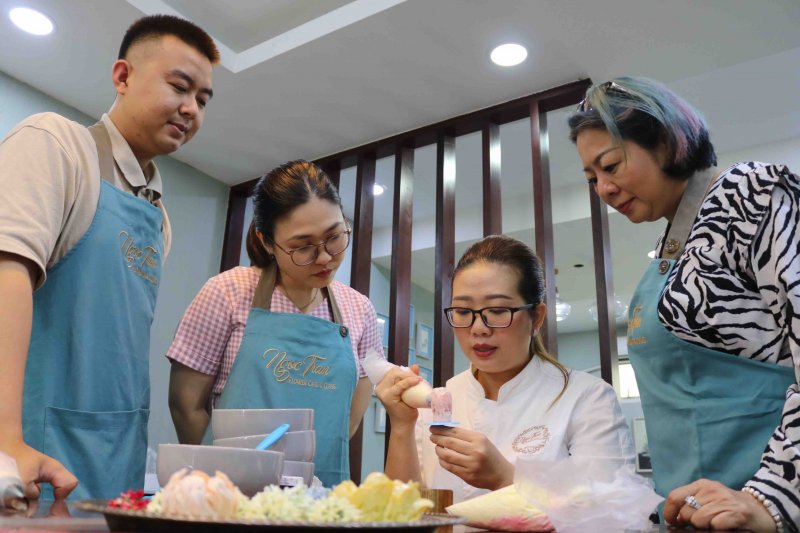 "I learned the art of cake decorating from a teacher in Canada. He taught me how to use different frostings to form various shapes. I then took a course in Korea where I learned about buttercream and other things that helped put my cakes over the top," Tran explained.

What sets Tran's cakes apart are her Vietnam-inspired designs. Each cake begins by shaping the main ingredient, buttercream, and slowly forming it into the desired shape. 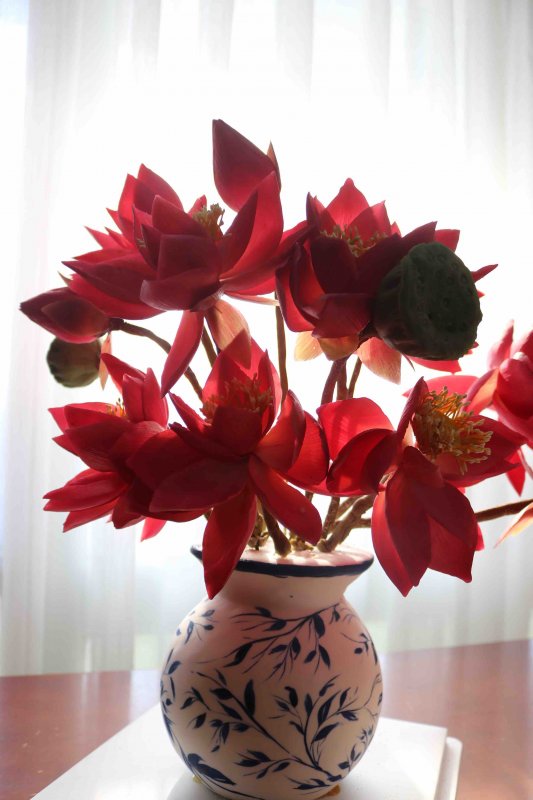 "I like to use buttercream because it is made from a kind of a healthy kind of fat beneficial, unlike other creams which are made from palm oil, buttercream is made from animal fats and uses no preservatives. I also use a special whipping technique to make sure the cake looks pretty and delicious and healthy," Tran said.

For some of her designs, Tran molds Vietnamese rice flour, which tends to give her products an extremely unique look. 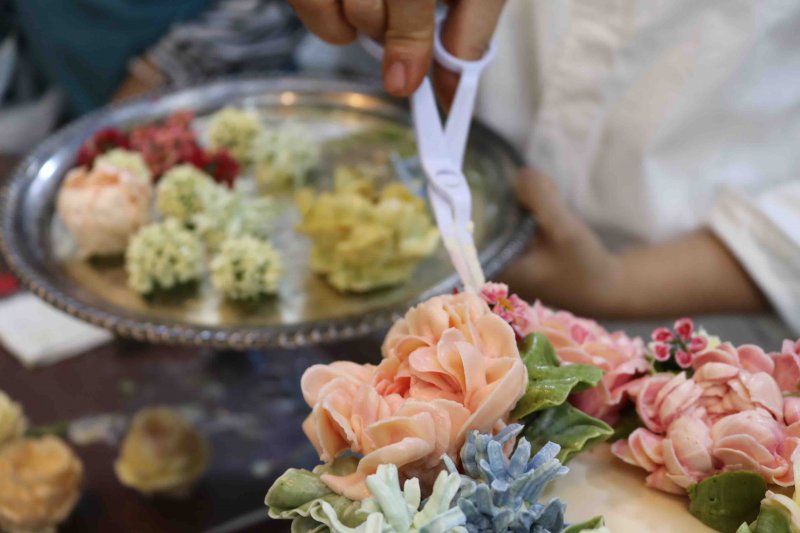 Tran showcases her skills in placing flowers on a cake at her workshop in Ho Chi Minh City. Photo: Hoang An / Tuoi Tre

"Most people use plastic or fabric flowers from China to decorate. Even the finest detail flowers are imported, but Vietnamese people are always keen on using Vietnamese products, so I like to use our top-quality rice flour instead to form flowers for my cakes. It is still decorative and not much different from imported goods," Tran shared.

Some of Tran's most impressive cakes resemble art vases, Vietnamese fermented fish noodle soup, and fruits made from sugar. Most importantly, each cake can be preserved for six months to a year. 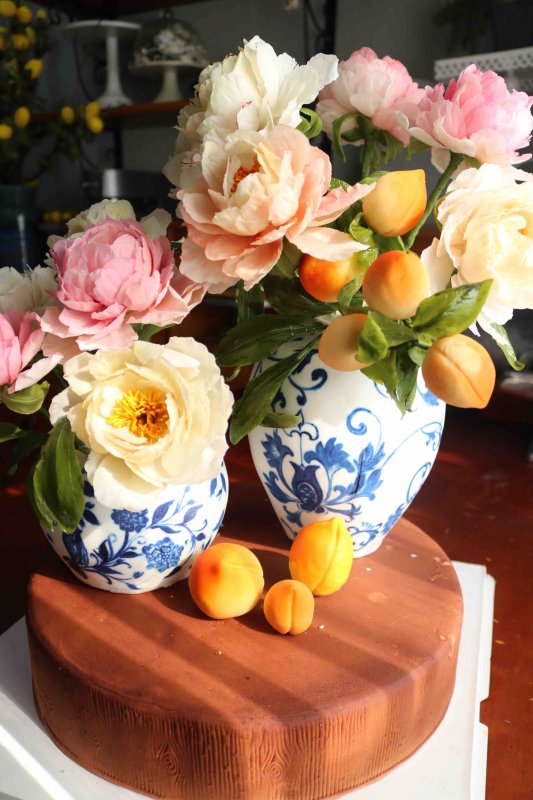 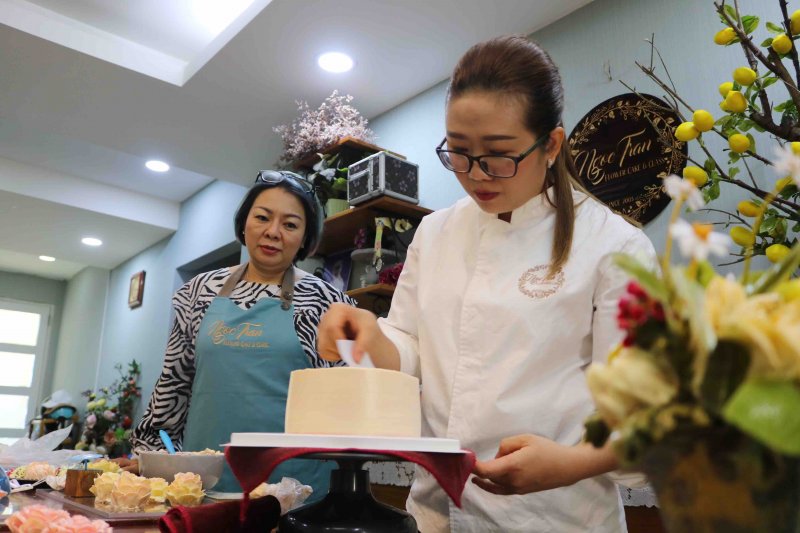